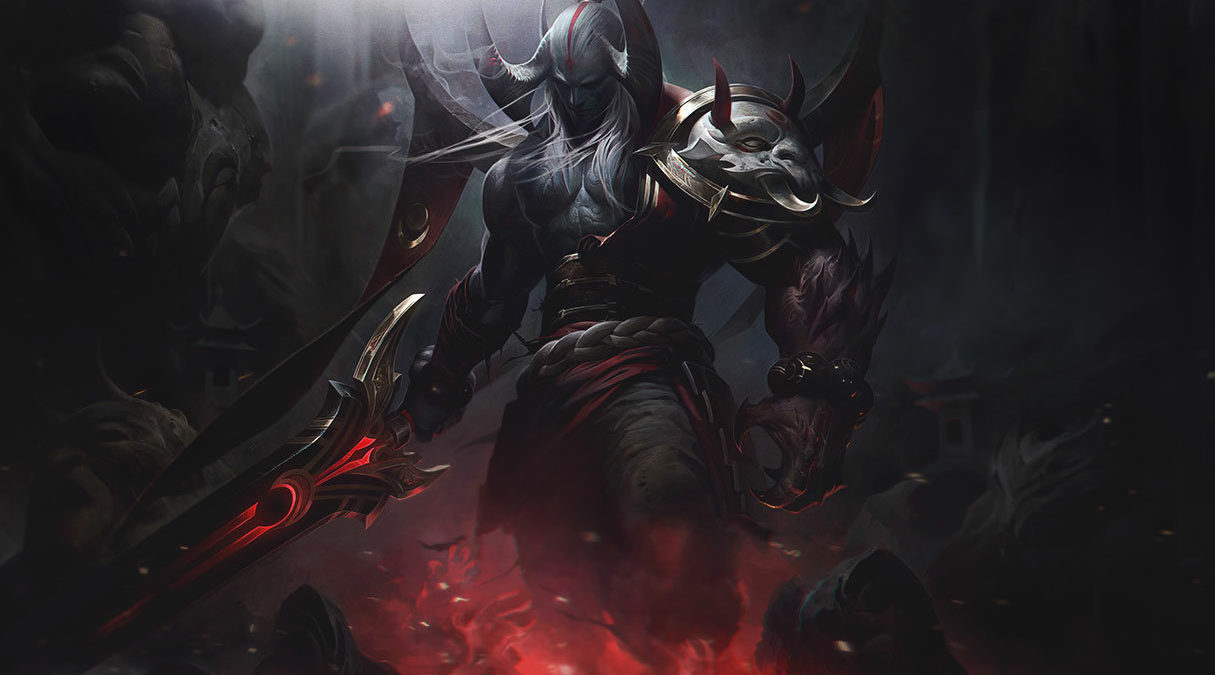 Demons haven’t been a necessarily strong team composition in League of Legends’ Teamfight Tactics since the game’s release, but after yesterday’s patch, it’s one of the strongest available.

Rangers? No. Knights? Boring. Catch us building a smorgasbord comp with an assassin, a shapeshifter, a blademaster, and an elementalist. At first glance, that makes absolutely no sense, but since they have that one little word in common—Demon—they’re the perfect combination.

Putting the wombo in combo

The demon comp bonus is its own wombo combo.

It takes a bunch of random units that seemingly have nothing in common and adds a terrible true damage on-hit effect to all of their attacks. Who needs the gruesome Leona/Sejuani wombo when you can just have a bunch of units launching true damage-inducing auto attacks? Not us, not you, and not anyone.

After the buffs arrived, demons now have a whopping 85-percent chance at six demons to turn an enemy’s mana into true damage. And since demons are one of only a couple of synergies that have more units than needed for the passive (there are seven demons, and you only need six for the largest boon), odds of getting them all are much better than Yordles or nobles, for example.

When attempting a Yordle or noble run, getting that final unit, be it the Gnar or the Kayle, can be very difficult because they’re rare units that you’re essentially putting your fate in. The same can be said for Imperials, which actually relies on two high-cost units in Swain and Draven, the latter of which being the less rare of the two.

In Aatrox we trust

The end-game demon boost was increased and a few demons actually got some hefty individual buffs, too. Aatrox is chief among them.

He has a lower mana cost on his ultimate now and it even deals more damage. Many TFT players are stacking him will ability damage and mana items. A current potent combination is the Hextech Gunblade combined with a Spear of Shojin. This provides lots of damage and self-healing.

After Aatrox, several other demons were buffed, too. Elise, Evelynn, and Morgana all received some pretty hefty boosts, and that’s the core of your comp until you manage to land a Swain to replace either Eve, Elise, or Varus. Elise, in particular, is much more efficient than before. She was nerfed in some areas and was actually converted into a one-star unit, which means there’s a lot less risk in picking her up. And her spiderlings apply the demon burn now, too, so there’s that.

This comp works super well against, well, mostly everyone. Most auto-attack comps don’t work well against nobles or knights, but the true damage burn ignores their damage reduction. It also ignores the dragon buff, and there’s enough magic damage in the comp to make it a double-threat. The only two weaknesses of the demon comp are Yordles, which can evade the entirety of the demon passive, and the lacking frontline. By going full demon, you’re sort of left with Aatrox as your front. But you can supplement this if you’d like with brawlers or knights.