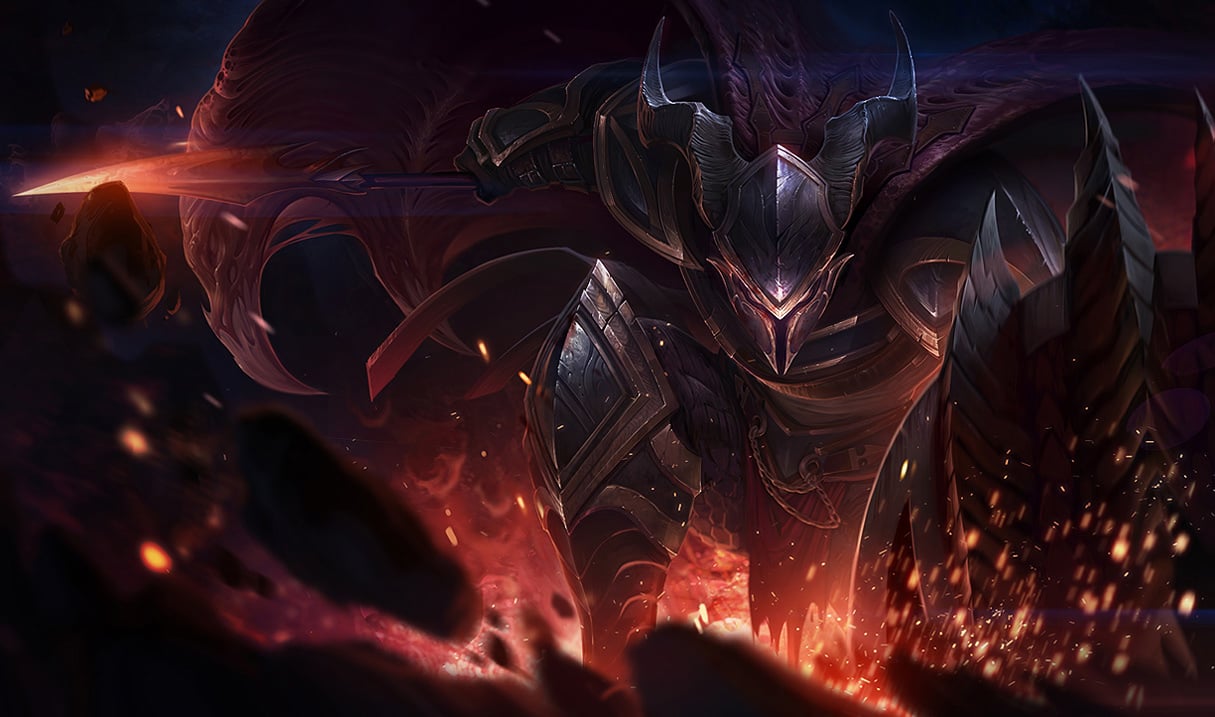 Pantheon has been at the top of the top lane solo queue ladder for a long time now. He doesn’t offer much room for skill expression, and his kit is abhorrently simple, so why is he the go-to champion for autofilled top laners?

Pantheon is braindead, and to win your lane, all you have to do is keep mashing your Q every time it comes off cooldown. This will keep both ranged and melee top lane opponents so scared of you that they’ll have a very hard time making it to the late game. You don’t want them to make it that far, either, because Pantheon is as effective as a damp cardboard box when you pass the 30-minute mark.

Relying on one point-and-click ability to trade damage and having such an ineffective kit that your teamfight potential plummets the second you lock him in means that Pantheon is certainly not in a very healthy state, and that’s why it’s not a surprise that changes are on the way, according to Riot’s post on the official League of Legends forums last week. Panth isn’t alone, either. Nautilus, who’s been notoriously weak during the rise of the tank meta, will be buffed as well.

Pantheon’s changes will nerf his Q somehow while buffing another part of his kit to make him less useless. This shift in power is a very good thing, because frankly, Pantheon’s Q is a little ridiculous. It gives him unrivaled dueling power when it comes to trading damage in a lane, and there’s absolutely no skill involved in it. The nerf hasn’t hit the PBE yet, but we imagine its damage will be lowered, or its cooldown increased. As far as buffs go, his ultimate is the most likely candidate. For what it is, the cooldown is a bit too high, especially when considering there are more powerful ults on lower cooldowns (looking at you, Galio).

As for Nautilus, he needs a lot of work. He’s tricky though, because like Zac, he has more crowd control at his disposal than most other champions. Adding too much damage into that mix would mean tipping him way over the edge. That being said, he’s one of the only vanguard tanks in the game that deals so little damage that he can’t jungle or lane properly. Making his Q or the slow on his E less intense would lower his CC, and then his damage on an ability could be raised to compensate. Either way, he needs damage somewhere, and it would be foolish not to expect a CC nerf packed in with it.

We probably won’t see either Pantheon or Nautilus’ changes until the next PBE cycle, which would mean after Patch 7.17 goes live this week.