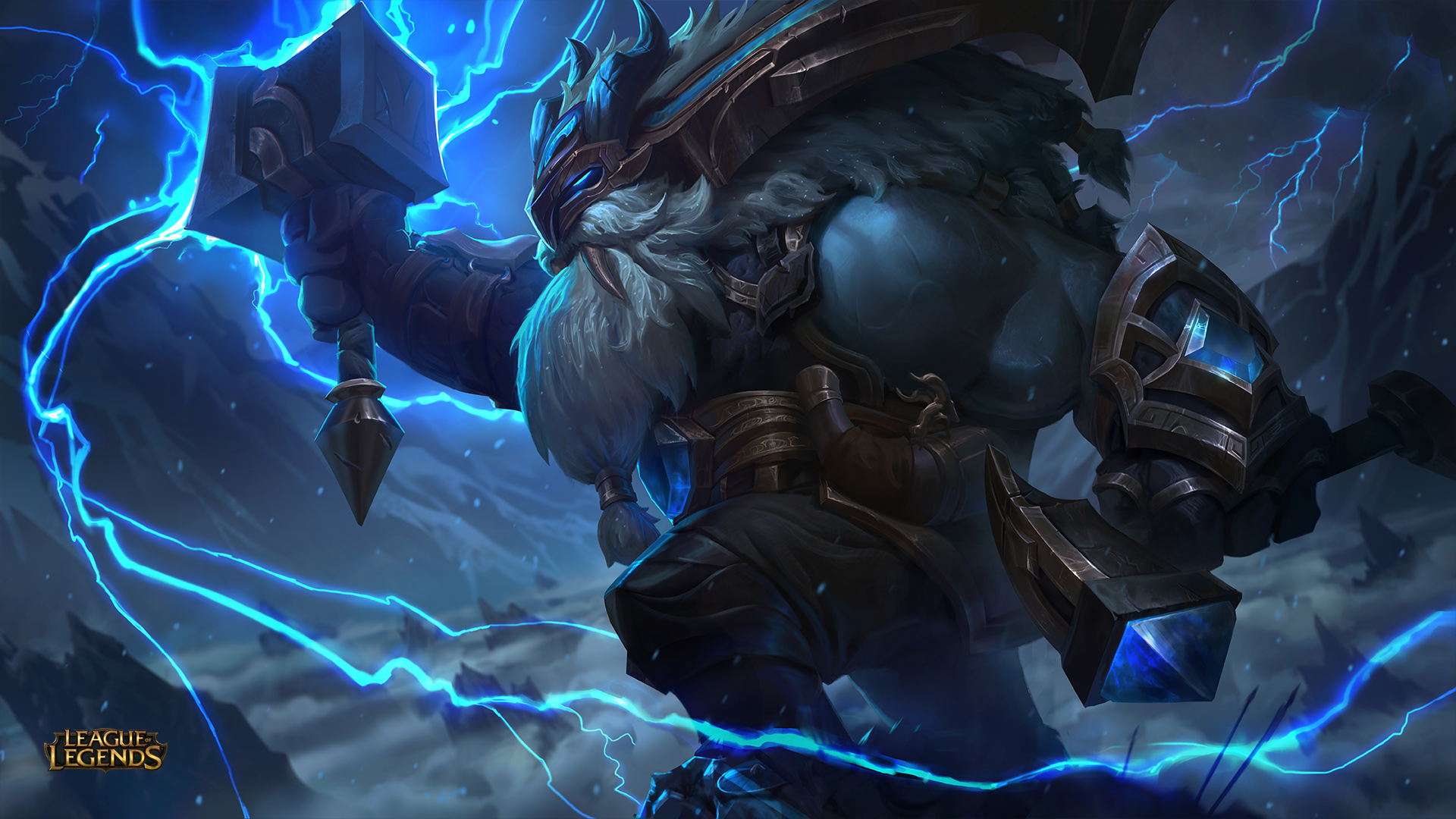 Step aside Sejuani and Maokai—Ornn is here. League of Legends’ new champion and all of his amazing details have been revealed. Judging his abilities alone, he definitely has the potential to rival the game’s strongest vanguard tanks.

Most vanguards in the game sort of feel the same. Sure, a few of them were completely reworked in April to make their identities pop and feel unique from one another, but their essence remains very similar. Charge in, deal crowd control, and wait for your carries to blow up people you lock down. While Ornn does all of that really well, he is also going to do a lot of things that we’ve never seen before, including the ability to shop from anywhere on the map, upgrade his allies’ items, and boost his team’s CC.

Ornn’s passive immediately separates him from any champion in the game. The Living Forge half of the passive allows Ornn to craft any item from the in-game shop from anywhere on the map. This obviously gives him a lot of lane pressure, but it also means his weakness is very obvious. Lane bullies like Darius, Gnar, and Riven will be able to force him to go back to base just to heal. He’ll have a very easy time against other tanks though, which will allow him to essentially afk in his lane until he’s needed elsewhere.

The other half, Master Craftsman, allows him to upgrade his allies’ items permanently. Each ally gets one upgrade per game. Right now, we’re not sure what this upgrade will look like on each item, but it definitely sounds interesting.

Remember that crowd control we mentioned? Ornn’s Q is where it starts to show. Volcanic Rupture is a skillshot that creates a crack in the ground in a line in front of him, damaging and slowing enemies. At the end of the crack, a boulder erupts from the ground, acting as a small wall for a few seconds, much like Trundle’s pillar.

This particular ability will serve a lot of purposes. It can be used to set up ganks, harass your lane opponent, or lock them down for duels. It’s a very versatile ability, and it will probably be the one you’ll want to max first when you play him.

If you don’t max Ornn’s Q first, you’ll definitely max his W. Bellows Breath let’s him spew flames from his mouth, dealing the target’s current health as damage. This ability does something else though—something very terrifying. The last tick of damage from the flame breath applies a debuff called Brittle to all enemies struck by it.

Brittle enemies are knocked back by Ornn’s next auto attack, they take a large chunk of damage equal to a portion of their max health from all incoming immobilizing CC, and immobilizing effects last longer on them. Essentially, this is a boost for Ornn’s own abilities and his auto attack, since there’s a lot of CC involved, but it’s also a huge boost for all of his teammates with CC. He can essentially set up wombo combos just by using his W, and that’s terrifying.

If you thought Ornn wasn’t going to have a way into big teamfights, you’re wrong. Just like the game’s other vanguards, Ornn will have no problem charging into battle. Searing Charge is Ornn’s gap closer, an ability that every vanguard needs, but it has some very unique effects.

Normally, Ornn will pass through his enemies and deal damage to them. If he hits terrain, however, it will create a shockwave that deals even more damage and knocks up all enemies nearby. This ability destroys player-created terrain, so Anivia’s wall, Taliyah’s wall, Trundle’s pillar—they just met their match.

R: Call of the Forge God

If you’ve ever wondered what ping pong would look like on Summoner’s Rift, look no further. Orrn’s ultimate ability is his team fight initiator. He summons a gigantic fiery ram at a targeted location. Once summoned, the ram runs to Ornn, picking up speed, dealing damage, and applying Brittle to all enemies hit. That’s not where the fun ends though.

After the ability is initiated, Ornn can cast it one more time to charge forward. If he charges into the ram, it bounces off him and redirects to the direction Ornn charged. After the redirection, the ram then knocks all struck enemies up into the air, and deals even more damage.

Ornn looks like he could be a very versatile champion. He’s clearly designed to be a top laner, but with his insane AoE damage and CC, he could also be a potent jungler. He may also find his calling as a support. Imagine not having to go to the base to buy red wards, and you may want to try it out yourself.

Ornn looks like incredible fun, and he’s one of the most diverse and unique champions ever launched. With so many vanguard tanks having more or less the same style, it’s refreshing to see one so different. Ornn is set to launch with Patch 7.17, which should only be a few weeks away.