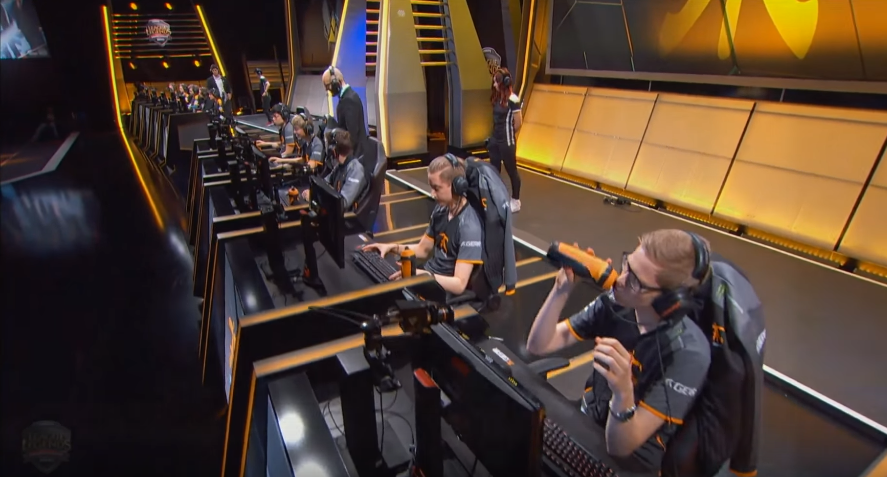 Year after year, new players, organisations, metas and champions hit the European Summoner’s Rift. But one thing stays the same. No matter the new challenges or the odds, the Fnatic squad, and its former players, manage to find success. Whether it’s the good old Fnatic organisation, or Soaz and Xpeke’s new team, Origen, these players climb to the top of the standings when it all matters. It might sound like mere coincidence; but beyond the memes, reaching such consistent results despite all the competition is incredible. How do these players continue to to climb on top even when haters think they’re dethroned, washed up or overrated?

Fnatic has been in every European finals since the start of the LCS. This year, more than ever, odds were stacked against them. Not only did they gamble on a new roster, but many of the new teams in the EU LCS seemed to have a chance at winning this season’s championship cup. Fnatic appeared to have their toughest regular split ever, crawling at the 5th and 6th position. Indeed, their roster suffered from synergy and shot calling issues. Losing Yellowstar was believed to be the biggest wound for the organisation. He was credited for a lot of the S5 roster’s success. Gamsu wasn’t as impressive as Huni. Spirit, at first, failed to live up to his name. Finally, Klaj was too inexperienced and was one of the clumsiest players ever. He would get caught and die multiple times – almost every game.

Then, how did they avoid their fall and secured a top 4 finish? 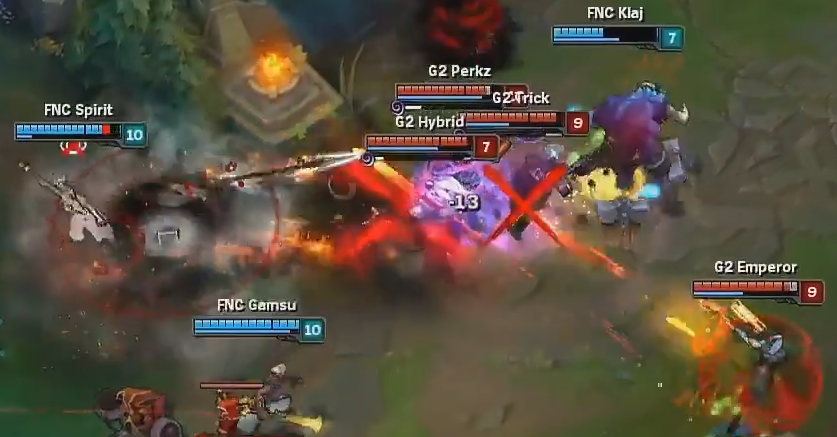 The team was lucky to play in the ESL tournament. Especially Klaj, he acquired some much needed practice under a high pressure environment. A lot of players that have been in the LCS for longer than him never experienced playing under more than 300 spectators. For that reason, Klaj played really well, far beyond anyone’s expectations, but he still wasn’t quite on the level of his opponents like Hybrid and Kasing. Gamsu played a lot of tanks even in the previous meta so he felt himself in his element. Spirit, somehow, returned to shape once again. The ex-Samsung player reminded everyone why Fnatic made an enviable decision by achieving to sign him. Lastly, the two carries Febiven and Rekkles had no problems playing at their usual level. Deilor also cleared his name from anyone that thought he’s ‘just a coach just for the cameras’ (epic meme). Now, he achieved a respectable run with a different line-up.

Fnatic displayed the ability of drafting team-fighting compositions and having good executions of their win conditions. Indeed their roster, player by player, fits this style of compositions more than anything else. The team still needs to develop a powerful shot caller if they now want to improve themselves against the top teams around the world. They crumbled against a vicious G2 roster, but they still gave them a tougher fight than most people would have expected before playoffs.

In 2016, Origen struggled the whole split. Everyone who was hyped to see how their experience and their relative success at Worlds will translate itself into LCS performance was hugely disappointed. Soaz and Amazing seemed to play way under their habitual level. Powerofevil also failed to impress and was probably the biggest scapegoat of all the blame. Mainly because Xpeke has a lot of fans that want to see him play. Coming into playoffs, it’s true that the meta shifted in their favour. The double teleport meta is something Origen is known for since they displayed incredible mastery of this playstyle at Worlds. The rise of tank champions also helped Soaz have more impact on his games and it helped him from throwing on squishy champions.  However, it would be disingenuous to think that they only won their playoff games due to the meta. The team displayed an incredible ability of drafting their comps. It’s often overlooked but even some of the strongest teams make big drafting errors that can cost them entire series. Smart drafting is crucial. A big part of the game is decided during this phase. It required Origen a good understanding of the meta and of their opponents. They also needed a flexible champion pool from all of their players. Aside from that, one player stood up, Amazing. The player wasn’t expected to outperform Jankos by any analysts. Zven and Powerofevil also proved to all of their disbelievers that they are legitimate carries and not just some overrated clean-up players. Mithy ,as always, had a solid performance.

The team looks really good but they still need to improve their picks and their vision control. Per example, in game 1 against H2K, they had a huge lead and it was essentially a 5v4, because Ryu’s Kassadin had defensive items and couldn’t do any damage. They still felt clueless and didn’t find how to get any objectives out of their massive advantage for long enough to throw the game. Nonetheless, the team is once again a force not to be considered lightly.