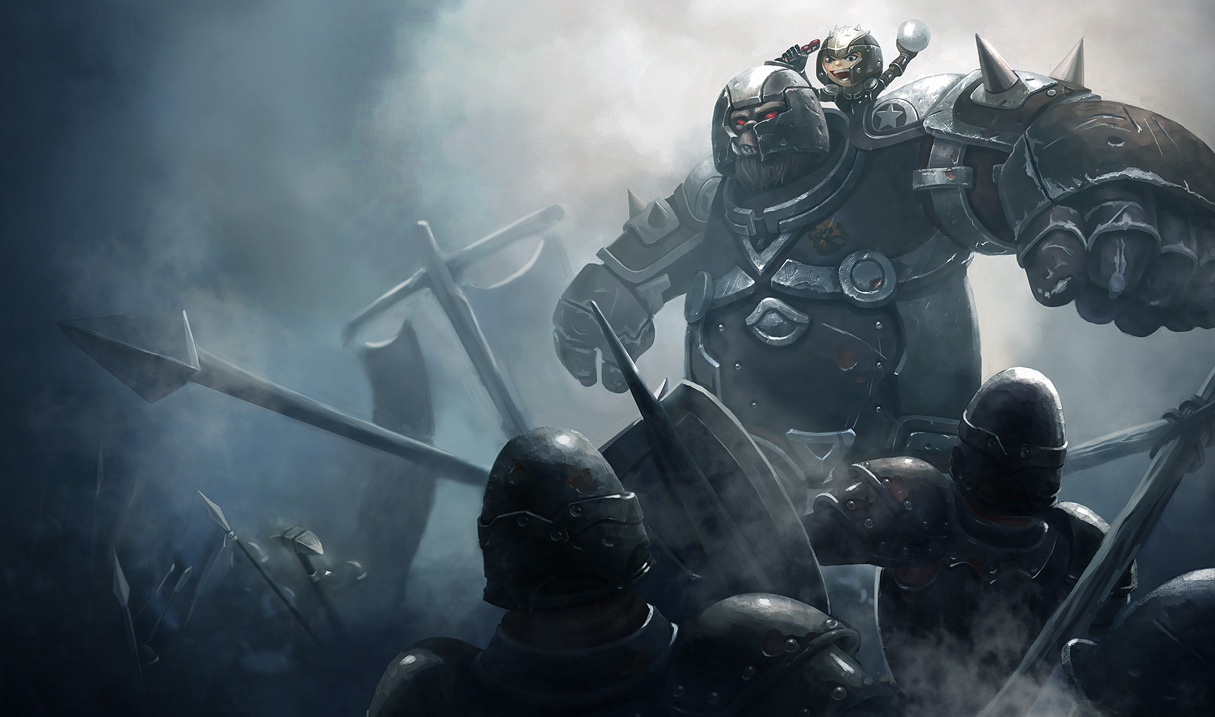 It’s hard to believe that Nunu could ever be the strongest champion in League of Legends, but the stats don’t lie. He wins more than any champion in the entire game, and his playrate is impressive to boot, according to League stats website Champion.gg. Maybe it’s time for some nerfs.

Even with his insanely high 56 percent winrate and almost five percent playrate, it’s still odd that we’re in this position. Nunu has never been that strong, and even at his best, he could never really carry a team. He’s always just sort of been annoying. His kit isn’t flashy, he doesn’t deal much damage, and his only crowd control consists of two slows—one on his Q and one on his ultimate.

Now, however, he’s the perfect tank, and it’s all thanks to the Midseason Update of Patch 7.9.

Nunu and his yeti weren’t directly buffed during the Midseason Update. If you don’t recall, that patch dished out several large-scale reworks to Maokai, Sejuani, and Zac. There were also some big ADC item changes. More importantly, however, were the tank item changes.

Most of the tank items in League were altered to provide less health and more resistances, forcing tanks to build situationally against whatever damage type is strongest in their game rather than following cookie cutter builds.

Overall, this project worked on every tank in the game—except Nunu. Where every other tank was now forced to build high resistances with lower health, Nunu’s passive allowed him to maintain crazy high health bars. Combined with Stoneborn Pact, the keystone mastery that boosts your champion’s total health by five percent, Nunu’s health soars high where other tanks falter. Because of this, Nunu is one of the most efficient tank picks in the jungle right now.

The other thing that Nunu does really, really well is clear the jungle absurdly fast. Tanks have been rising back into the meta in both the top lane and the jungle. For jungle tanks, however, clear speed has historically been their biggest weakness. When it comes to taking down monsters for experience and gold, tanks just can’t do it as well as damage junglers, which gives them windows to build a lead.

Nunu is one of the few tank junglers that isn’t affected by that weakness, along with Ivern as the only other option. For that reason, even though Nunu’s ganks are a little lackluster compared to other tanks with high crowd control, he can afford to gank much more often because he doesn’t need to spend much time on farming. That’s not to mention that his consume gives him an extra Smite when it comes to major objectives like Dragon, Baron, and the Rift Herald.

Nunu doesn’t share the same weaknesses as any other tank, making him an excellent pick in almost any situation. He’s also great for anyone wanting to pick up an easy jungler that can still carry games. Unfortunately, Nunu’s ridiculous tankiness may also be his undoing, because if nerfs are going to hit him any time soon, it’s likely that it’s going to hit him where it hurts the most—his health bar.