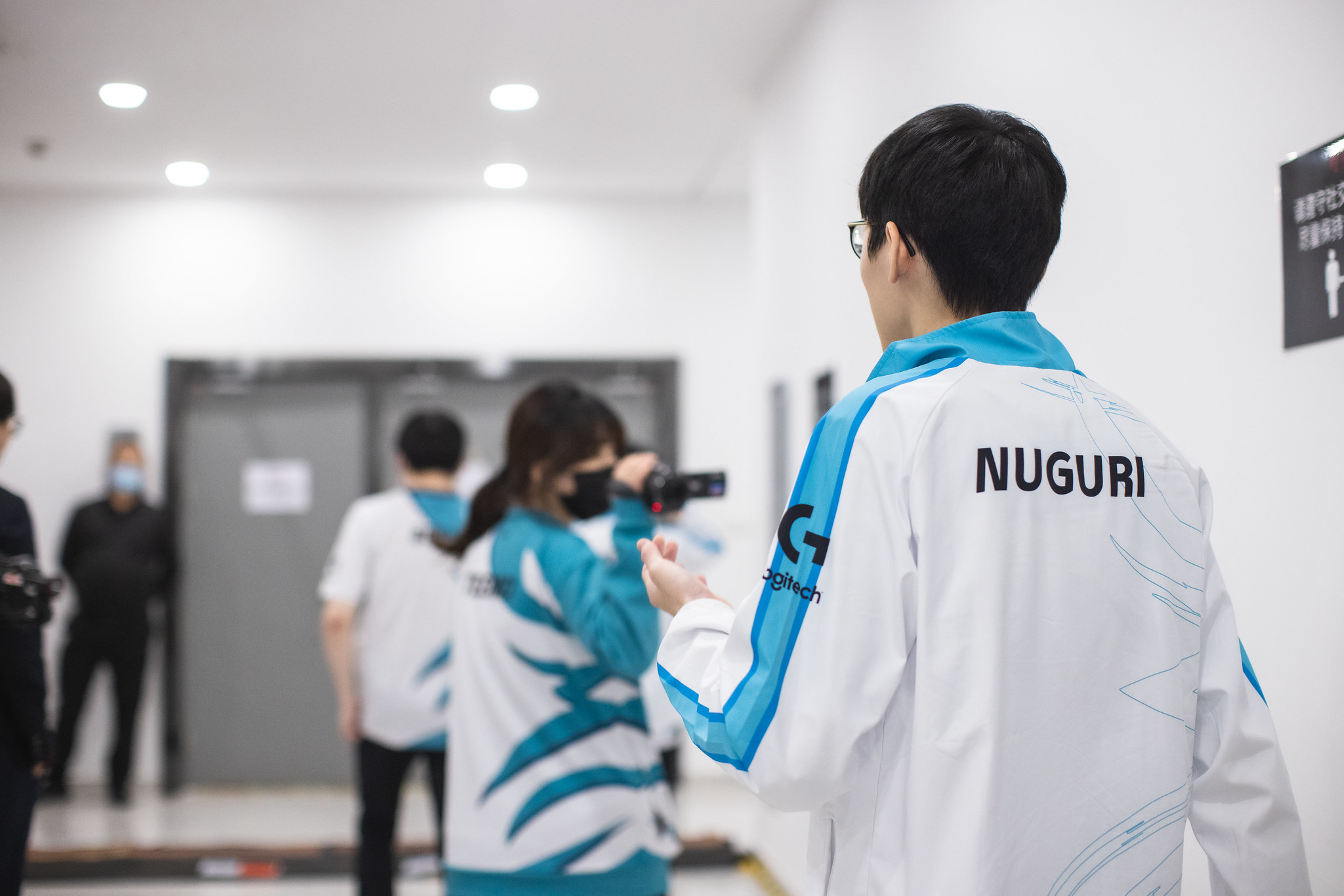 When DAMWON Gaming fell to G2 Esports at the 2019 League of Legends World Championship, the loss stung more than some people may have thought for the young, star roster. But now that the Korean powerhouse has returned to the big stage, the team’s star top laner Nuguri says he hopes the kings of Europe are able to make it to this year’s semifinals.

“I personally want to face G2, because I want to get my revenge,” Nuguri said during Riot Games’ post-game press conference today. “Also, I just want to face G2 more [than Gen.G]. As for the final result, I don’t know what to expect yet.”

The team’s head coach Zefa echoed the same sentiments as his player. Although having Gen.G beat G2 “would be ideal” since it’d guarantee an LCK representative in the finals of Worlds 2020, he’d still prefer to face off against G2 to finally take them down in retaliation for last year’s 3-1 loss in the quarterfinals.

Last year, DWG entered Worlds without much international experience. They did get some good playtime in the play-in stage and performed well during the group stage with a 5-1 record. But they were matched up with G2’s veteran lineup in the quarterfinals and were quickly dispatched in four games.

This time, however, DWG has leveled up their play significantly over the past year. Their teamwork and individual skill have all improved, leading to them only losing two games during the 2020 Summer Split. They dominated the playoffs, won the LCK championship, and ran through the Worlds 2020 group stage with just one loss against China’s JD Gaming. DWG also swept DRX today in the quarterfinals to secure their spot in the Worlds 2020 semifinals.

G2, on the other hand, have also looked strong after a convincing run through Group A. They did drop a game against both China’s Suning Gaming and North America’s Team Liquid, though.

Will DWG finally get their long-awaited vengeance against G2? Fans will first need to see if the European squad can get past Gen.G when they face each other on Sunday, Oct. 18.