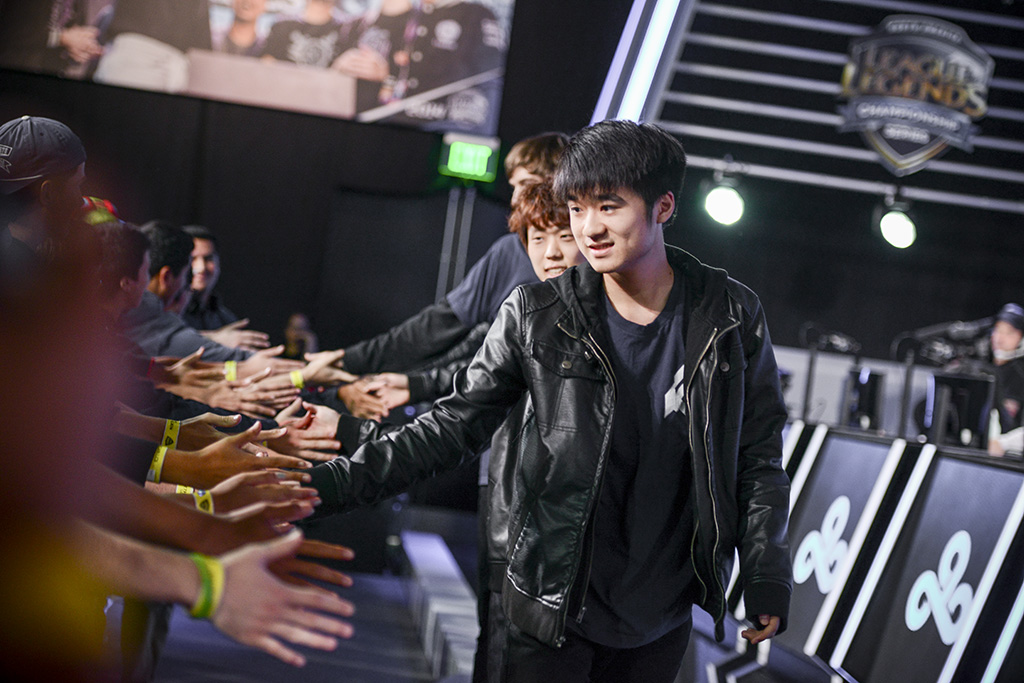 The NA LCS does not have a lot going for it at the moment. Marred by poor strategy, subpar play, and questionable performances by the top ranking teams, it is likely that North America will have another unfulfilling run at Worlds later this year. In addition, North America has not been producing talent on a consistent level that rivals other regions. Amidst this frustrating split, however, North America has been blessed with breakout hard carry performances from Gravity’s ADC: Johnny “Altec” Ru.

For the past two splits, Altec had always been considered a good player. Unfortunately, Altec’s former team, Evil Geniuses/Winterfox, lacked the managerial and team building expertise to build upon their young ADC and promising midfielder, Pobelter. Last split, the team was in such disarray that they had even swapped Altec into the support position, while their coach substituted himself into the ADC role. However, these unfortunate circumstances did not hold Altec back from posting respectable numbers as presented in the table below:

In an 8th place team, Altec had a decent KDA and dished out an above average amount of damage per minute compared to his fellow marksmen. Surprisingly, the 18-year-old Canadian was 3rd in percentage damage dealt to champion and had the highest average kill participation. Given that Altec also receives the highest percentage of gold on his team compared to any other ADC, this was an early indication that placing your resources on Altec would yield a high return in terms of damage and kills.

After Winterfox failed to re-qualify for the LCS, Gravity swooped in to fill their ADC spot that had recently been vacated by David “Cop” Roberson, who retired to become Gravity’s full-time coach. Now on a superior team with a functional infrastructure, how much better would Altec do?

The answer is a lot better. And lot of damage:

While Altec’s kill participation is lower (which might be due to the fact that Gravity looks for early game skirmishes), he is statistically the best attack damage carry, leading the charts in damage per minute, team damage percentage, average gold earned per minute, and team gold percentage. Similar to his time with Winterfox, Altec’s team distributes most of their gold to the ADC, which he kindly returns in tons of damage.

Altec is also an incredible teamfighter, positioning himself outside of enemy’s reach, and still managing to make a meaningful impact in teamfights.

As a caveat, it is true that Gravity’s midlaner, Keane, has played low damage output champions like Urgot and Malphite. This has lead to Keane being the worst midlaner in the LCS in terms of damage output at 26.1%, which inflates Altec’s team damage percentage. However, this has also meant that Altec has been required to do more damage or else his team loses the fights.

Fortunately for Gravity, Altec has overcompensated for his midlaner by dealing 120 more damage per minute than the average ADC, which is a tall order for an ADC in the current tank/controlled mage meta filled with Hecarims, Azirs, Nautiluses and Kogmaws (and when you have a midlaner playing Malphite and Rumble mid).

Altec has stepped up to the plate and has proved his ability to be a lethal carry, but he still has much to prove. Currently, Altec does not create a creep score (CS) advantage by the 10-minute mark (CS differntial at 10 mins = -1). This may be due to Gravity’s poor understanding of laneswaps and their inability to create an early gold advantage stunts the team from becoming a top NA team. Gravity as a team is 5th in the LCS in Gold Differential at 10 minutes, going down -44.4 gold. While, Altec is able to stay level on farm and show up big in teamfights, he still requires improvement in areas of strategy so that he can learn the optimal ways to play the laneswap to create a gold advantage for himself and his team.

On two separate teams, Altec has done very well to reward his team for funneling resources into him by dealing tons of damage. The ability to be consistent and dependable in teamfights is not a trait attributed to many ADCs. However, Altec is still lacking that extra power in the early game to create a gold advantage for himself. In addition, the 18-year-old has not faced stiff competition in the ADC role. If Gravity do qualify Worlds, it would be intriguing to see how he would stack up against his international counterparts. Nevertheless, Altec is still only 18-years-old and it is a breath of fresh air to see him grow into a strong carry for Gravity amidst this frustrating split in NA.