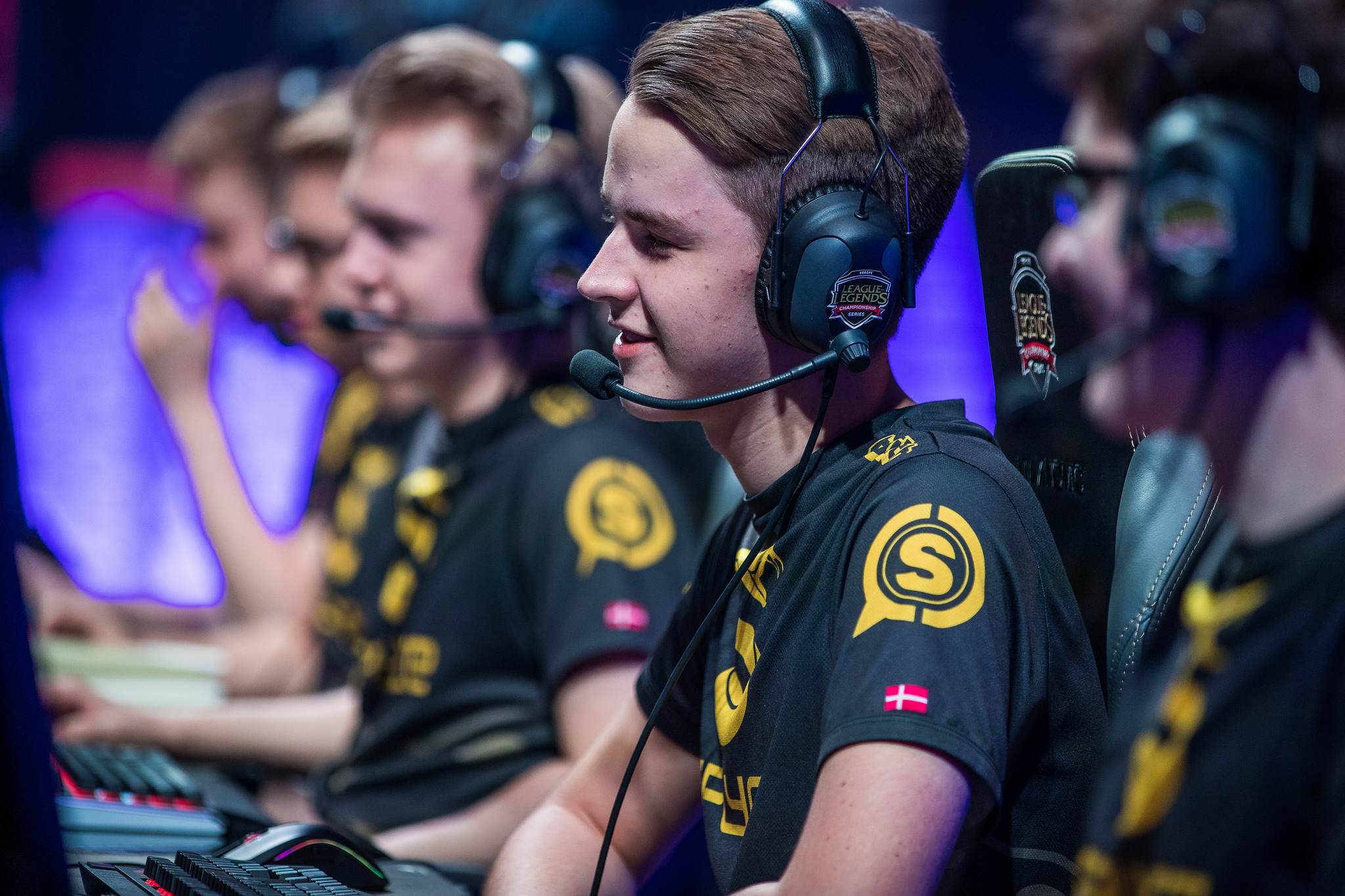 Splyce have cemented their place at the top of the EU LCS table in Group B by beating Mysterious Monkeys today.

Going into the game, Splyce knew that a win against MM would cement their place in the Summer Playoffs, and give them the chance of making it to Worlds in China on Sept. 28 as Europe’s number one seed.

MM, on the other hand, had nothing to prove. The team were already heading to the relegation tournament, along with Ninjas in Pyjamas of Group A, thus, there was nothing left to fight for but their pride.

In the first game of the series, Splyce survived early pressure from MM to win in dominant fashion.

The early game was slow, with neither team risking a potential collapse from their opponent. It wasn’t until the 20-minute mark that the game really came alive, when MM tried to force a play in the bottom side of the map only to have it backfire.

MM were too overconfident and it cost them the chance to close the lead. The later the game went, the more Splyce looked like the dominant team by taking complete control of the map and it’s objectives, leaving MM with hardly any way of getting back into the match.

With a win under their belt, Splyce needed to pick up one more win to cement their place in the EU LCS Summer Playoffs—and destiny was calling.

A frantic first five minutes in the second game gifted Splyce five kills and a 3,000 gold lead. This gave the team complete dominance over the tempo of the game, which spelt trouble for MM.

MM got desperate and tried to slow the game down and find a way back into it, but it was no use. The later the game went, the more control Splyce took until there was nothing MM could do but accept defeat.

Regardless of how the rest of the games go, MM and Splyce have nothing left to gain. MM are officially heading to the relegation tournament and Splyce will be one of the three teams from Group B in Summer Playoffs.

All that Splyce can do now is hope that H2K Gaming and Unicorns of Love falter, giving them a better chance of finishing at the top of their group.