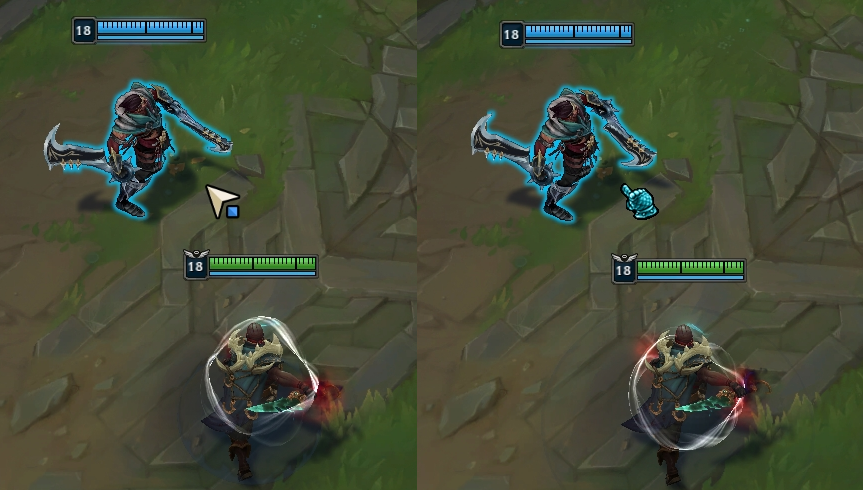 It’s finally here—the end of times. League of Legends’ nine-year-old cursor is at the end of its rope, with its replacement revealed by Riot on the official game forums today.

It’s not like we didn’t know this day would come soon. After all, earlier this month, Riot confirmed that the old cursor was on its way out the door, and that we’d see iterations of a new cursor on the PBE over the course of the next couple of months. Still, it hurts, you know?

The game may as well be unplayable at this point. How can we play in a game where there’s nothing pure and original anymore? If we can’t play Ryze before his 19 reworks, we should at least be able to hold onto our cursor, but no, we can’t even have that. Thanks, Riot.

But, in all seriousness, this change needed to happen. The map has been updated, old champions are being updated more than ever before, and before long, the cursor would have been the only pixellated mess from 2009 left in the game. It just didn’t fit in anymore; its time was up. It was a hell of a run, though, wasn’t it?

The announcement post on the forums also showed several different iterations of the cursor. For example, it showed how the cursor changes when hovering over an enemy, how it looks when you’re placing a ward, and more. It’s a minimalistic design, and it does the trick.

If you’re in the camp of players that are absolutely devastated by this news, don’t worry, there’s going to be a Legacy Cursor button that will allow you to swap back to your old pixellated bronze gauntlet whenever you’d like. It’s worth noting that the legacy client was an option for a while after the introduction of the new client last year, too, but eventually that was retired. In other words, there’s at least a small chance the Legacy Cursor button won’t be around forever.

The announcement today mentioned that this cursor will ride it out on the PBE at least until the 8.13 patch cycle, so we’re looking at a month or more before it heads to live servers.