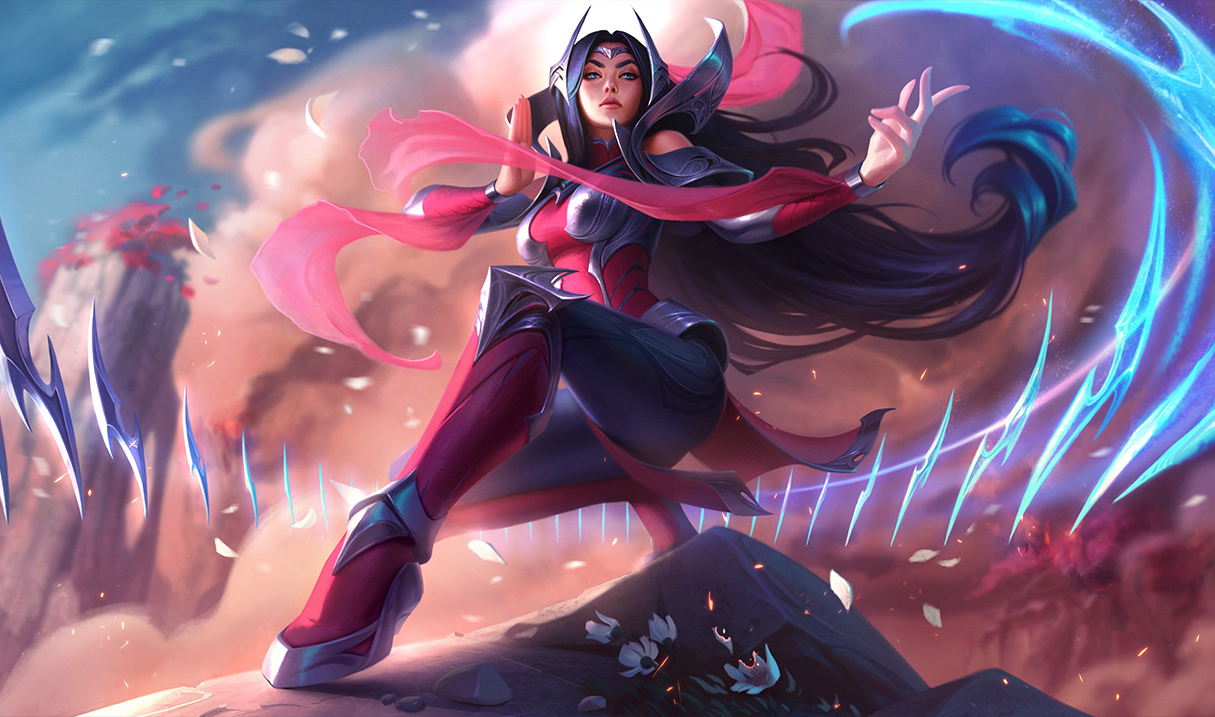 After weeks of teasing, speculation, and reveals, Irelia’s large-scale update is finally ready to play in League of Legends.

Just like before today’s patch, this newly-updated Irelia costs 4,800 blue essence. It’s also a complete and total redesign of the champion, which means she now has brand new abilities, looks, a voiceover, and skins.

Her new abilities are much more skill-intensive than any of her abilities before today’s update, so you’ll want to try some of them out in normals or the practice tool before jumping right into solo queue. Or, you can jump into solo queue, we won’t judge you.

She has ranged harass, which is also very unlike her old kit, to help her trade damage in lane and to lead ganks when roaming to mid, bot, or possibly when jungling. She’s also much more versatile than her previous kit, which lines up with Riot’s direction for other skirmishers in the game, like Yasuo, Fiora, and Riven.

AP builds are even possible on her, if you’re brave enough, thanks to her high AP scalings. Attack speed and attack damage/health hybrid builds are the more common strategies, though.

She’s a strong champion, but it will take a few days to determine if she’s too strong and needs some sort of balancing done.