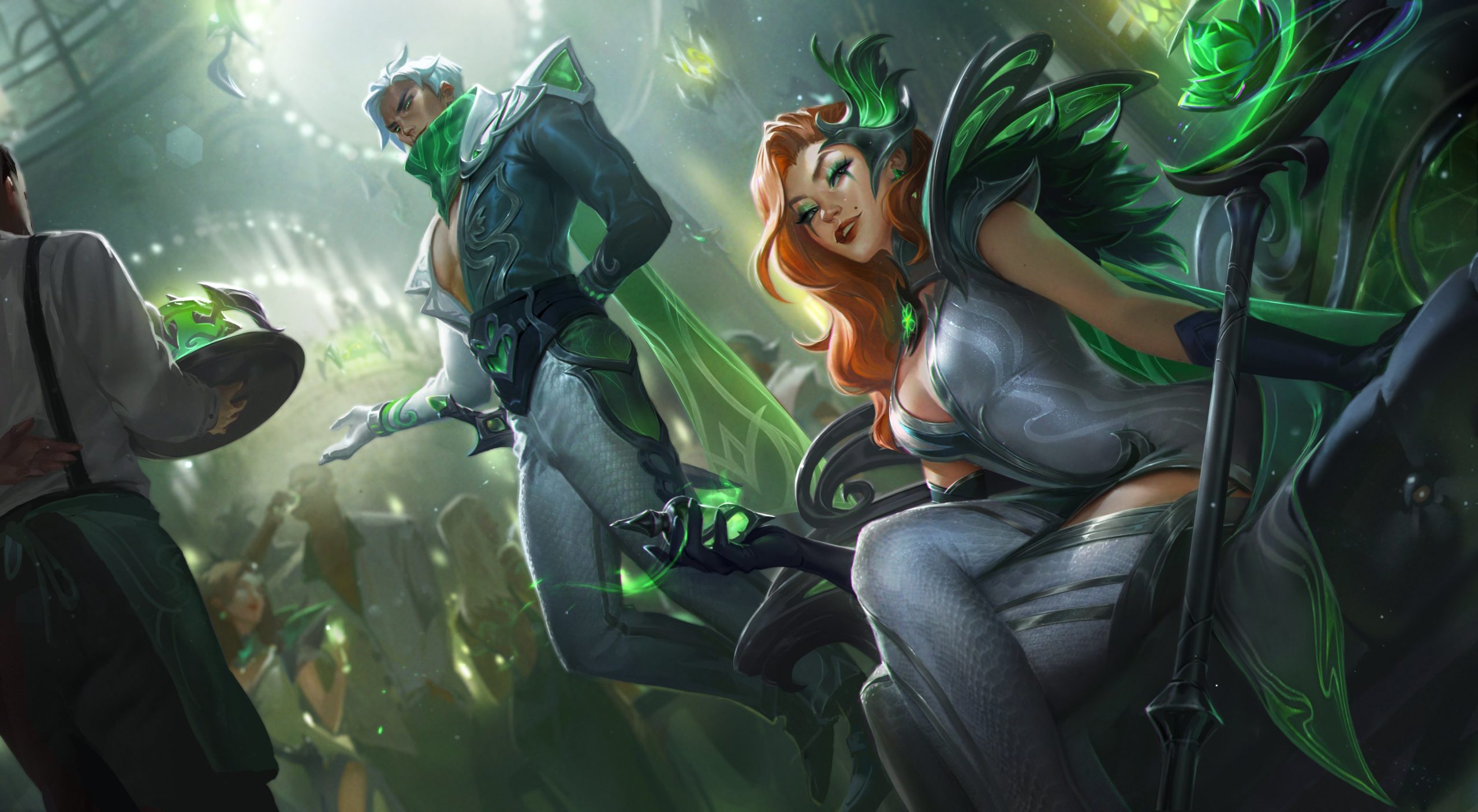 Riot Games is expanding on League of Legends’ classic Debonair skin line. Seven champions in the game are set to receive new-look Debonair skins in an upcoming patch.

Debonair skins for Brand, Draven, LeBlanc, Leona, Malzahar, Master Yi, and Zed have all been revealed. Additionally, a Prestige version of Brand’s new Debonair skin was showcased by Riot today.

The thematic elements of the “Debonair 2.0” skin line showcase the seven featured champions in suave get-ups, with each of them sporting suits and formal wear. Additionally, classy features such as champagne bottles and high-end furniture are shown in some of the champions’ recall animations.

The new Debonair skins have not been given an official release date by Riot yet. But if the timelines of previous skin releases such as last month’s Dragonmancer skins can serve as an indicator, it’s possible that the Debonair 2.0 skin line will hit the live servers sometime in the next month.