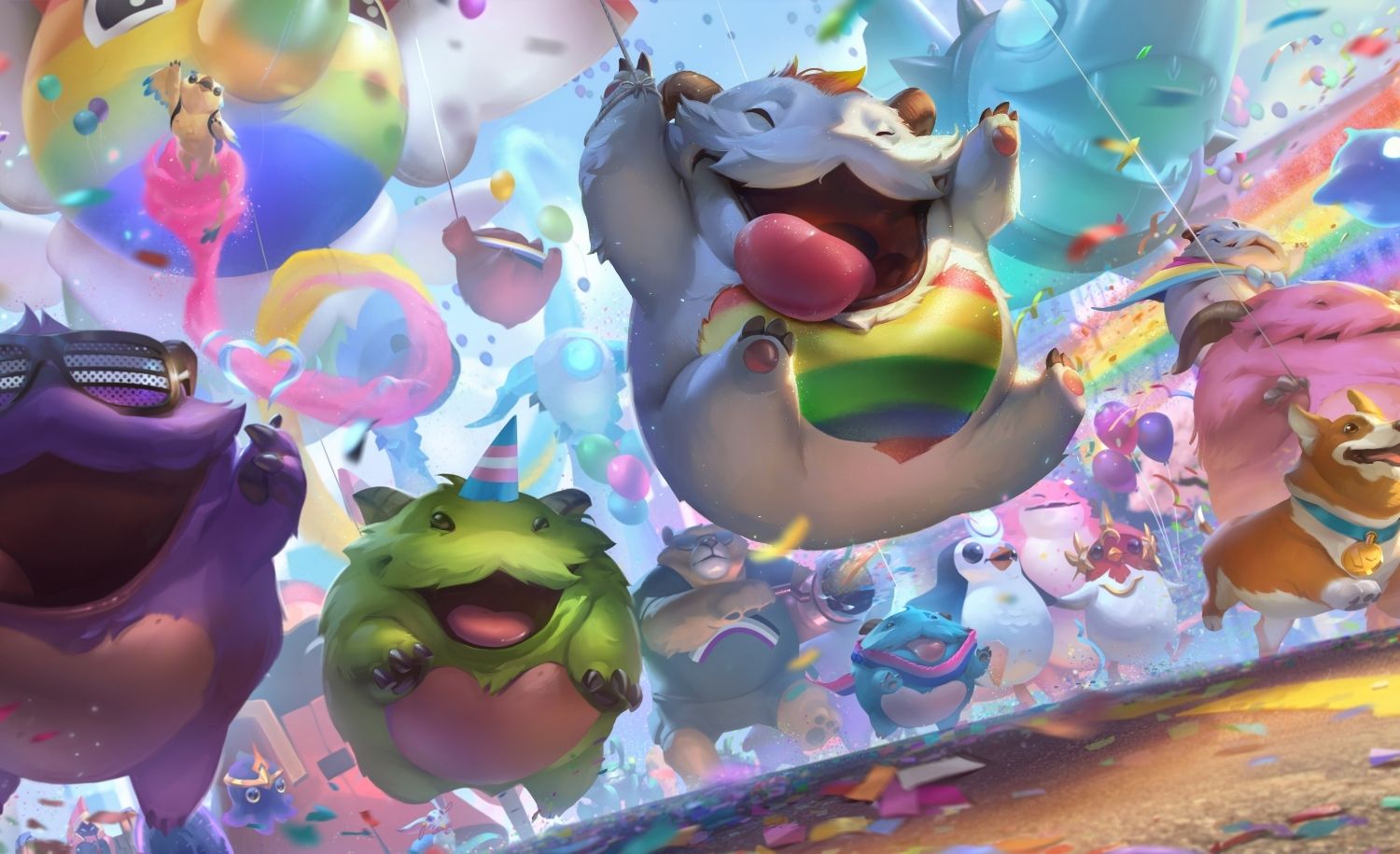 Riot Games is offering a new selection of merchandise in celebration of Pride 2021. With a wide array of merchandise including mugs, shirts, and a unique foldable fan, those who celebrate Pride will be able to do so alongside an entirely new line of Riot merchandise.

A few notable designs include a ward with a rainbow spanning the length of it, as well as a poro holding a Pride flag in each of its hands.

Notably, purchasers are able to change the design of their selected item of merchandise to match the Pride flag of their choice. Choices include the flags of the lesbian, transgender, bisexual, pansexual, non-binary, and asexual communities, as well as a traditional rainbow Pride flag.

The new additions to the Riot shop will be available for purchase from June 1 to July 31. All of the proceeds will be going to the It Gets Better Project.

These new additions to the shop come several weeks after Riot added different Pride-centric cosmetic options for players of League of Legends, VALORANT, and each of the developer’s other games. Additionally, League is playing host to an in-game Pride event in which players can earn rewards by completing missions. Those events will last throughout Pride month as well.