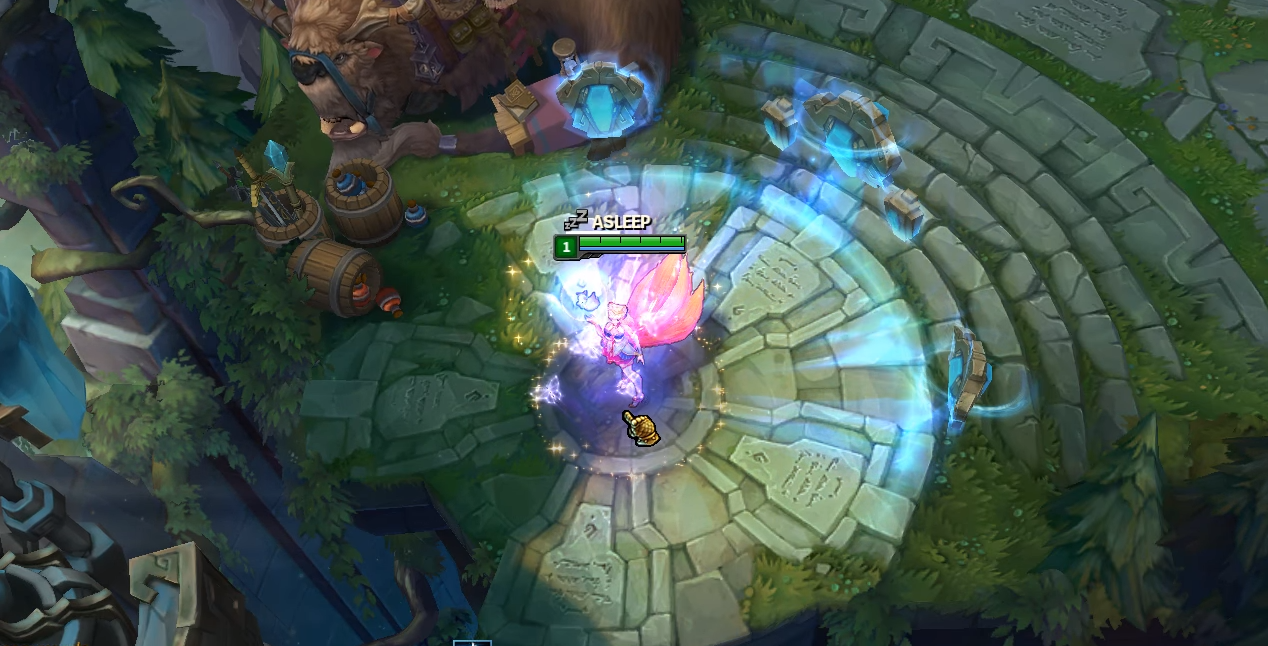 Last week, the next League of Legends champion was teased by Riot’s champion design team in this month’s Champion Roadmap.

Since then, players have spotted some very interesting things on the PBE that may be teasers and information about the new champion ahead of her official reveal, including her name—Daphna the Dreamer.

The first clue came with a new rune added in a recent PBE update, called Celestial Body. The rune, which boosts your health but lowers your early damage, had a tagline featuring a quote from someone named Daphna the Dreamer, a character never before seen in the League universe. On its own, this wouldn’t be enough to signal the new champion, since there are items in the game owned by someone named Doran, who we’ve never seen.

This wasn’t the only teaser, though. Sometimes, when you enter Summoner’s Rift on the PBE right now, you’ll receive a new status effect called “Sleeping,” featuring bubbles and butterflies floating around your champion model for a few moments.

Sleeping would be a brand new mechanic in League, and it would make sense as a status effect for someone titled “The Dreamer” to cause on her victims. Probably not coincidentally, bubbles and butterflies were used in a teaser image in Riot’s Champion Roadmap post when discussing this new champ.

That’s three convincing pieces of evidence that support Daphna the Dreamer being our next champion. She’ll be a bubbly, playful burst mage that dabbles in sleep-inducing spells.

With so many teasers cropping up on the PBE this week, it’s likely that her official reveal will be very soon, perhaps within the next few days.

Update Oct. 21, 2pm CT: The new champion’s name will not be Daphna the Dreamer, but the rest of the teasers still hold true. Riot called it a “funny coincidence” in a post on the official game forums today.