A lot of good things are coming to the beta. 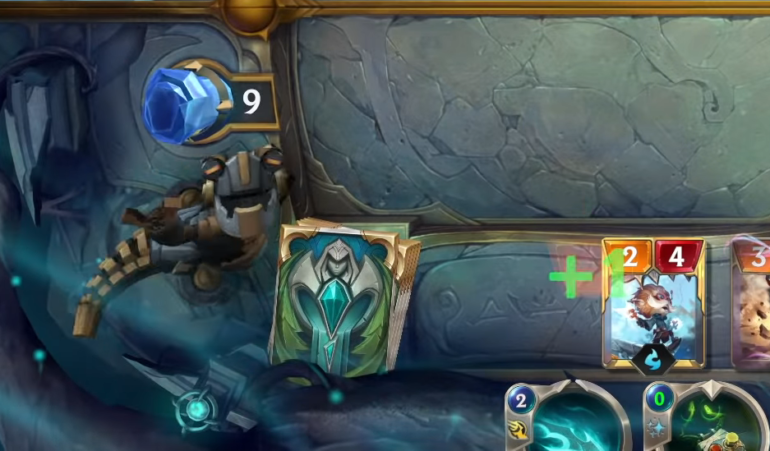 The video shows a small number of new goodies that look to be coming to the game’s beta in the next few months, including what appears to be a new board based on the Freljord, which would be the game’s first alternate board skin. In the first testing stages of LoR, players could only use the game’s standard board that resembles a League of Legends lane.

Players were also introduced to a new Guardian aside from the standard Poro that players have grown accustomed to. This one seems to be a Mecha or Hextech Dragon, sitting in the bottom left corner of the screen.

It would be the first new Guardian or “pet,” as they’re also known as in the game, outside of the Poro and Moonstruck Poro, which is given to players who pre-register to play the game on PC or mobile.

But that’s the only new information teased about the game so far, even though Riot said it will tease other changes to the title soon. We still have no exact date for when the next closed beta cycle of LoR will go live, but it’s expected to be out sometime early in the first quarter of this year.