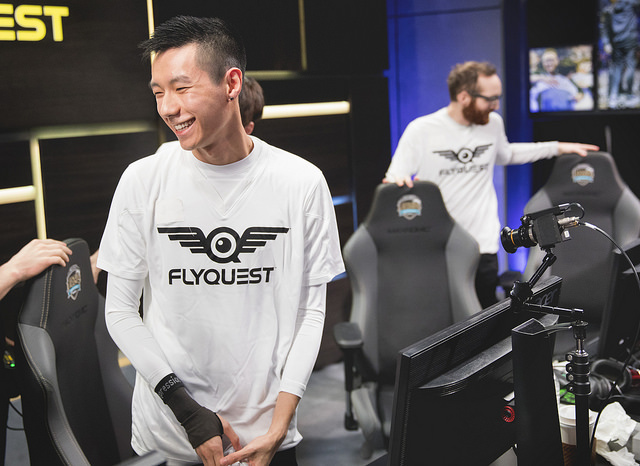 Week one in the North American League Championship Series was dominated by players with connections to Cloud9.

First, Cloud9 beat TSM in dominating fashion to wrest control of the top spot in the LCS. They won nearly every lane and showed that rookie jungler Juan “Contractz” Arturo Garcia could be a star in the making. They should continue to enjoy similar lane advantages against most other LCS teams if Contractz can maintain his high level of play.

Then it was the former Cloud9 Challenger team, now re-branded as FlyQuest, who used impeccable comms and teamfighting prowess to also go 2-0. Their final game against Liquid was a masterpiece: They made a coordinated team effort to shut down Liquid’s star jungler, Kim “Reignover” Yeu-jin. Reignover had a miserable game while FlyQuest shot caller Hai Lam was everywhere, directing traffic and dishing damage.

FlyQuest doesn’t have it any easier this week, especially in their first matchup. It’s one of the five things we’re most eager to watch this week in the NA LCS.

CLG hasn’t had the best start to the LCS season, having lost to Liquid last week. But if there’s one thing this team has built its identity on, it’s strong strategic play—especially in the early game. They consistently come up with creative early game strategies and rotations that can catch opposing teams off guard.

In the late game, it will all be about protecting the ADC while Darshan Upadhyaha split pushes. FlyQuest has the coordination to dissuade those split pushes by grouping, but will need to play around timing, especially objectives. If FlyQuest can beat CLG, it will solidify their role as a playoff contender. And with an easier Sunday match against Echo Fox, they could exit the week right where they entered: Undefeated and in first place.

Cloud9 should win their Saturday match against Immortals. The team has fine solo laners and play the early game well enough, but Immortals have yet to show good synergy in teamfights. Their initiations are disjointed, there’s not enough coordinated peel, and they often leave teammates out to dry. That will get better as the players get comfortable with each other, but it will take time.

The real story of this series is the jungle matchup. Contractz, this year’s star rookie, goes up against last year’s in Joshua “Dardoch” Hartnett. It will be interesting to see how many resources Cloud9 give Contractz, or if they put him in a lower-economy utility role and instead rely on their strengths elsewhere. Dardoch has the talent to carry a game by himself, and he will likely have to do so if Immortals want to win a game.

TSM had a rough week one. After a disheartening loss to Cloud9, their second series—a win against Immortals—wasn’t much better. Things could have gone very differently if not for a series of teamfight throws from Immortals.

This week, they again face off with teams they should be better than—Dignitas and Liquid. But both of those teams have a ton of talent, and TSM cannot take them lightly. TSM needs to see much sharper play from their duo lane and more consistency from the solo lanes.

Echo Fox again find themselves in a bind. After a win-less first week, they again face teams that, on paper, are better than they are.

But that’s not the mentality the team can carry into this weekend. At some point, they have to beat teams better than they are. They can’t keep throwing away the leads that Matthew “Akaadian” Higginbotham builds in the jungle. They desperately need better play from the duo lane of Yuri “Keith” Jew and Austin “Gate” Yu. Even mere competency from them could do wonders for this team.

Dignitas had a good first week. Even though they lost to Cloud9, their dominant second game showed what this team can look like when all cylinders are firing.

They’ll have to do that again because their first match this week isn’t easy. In individual matchups, they can very nearly match TSM’s skill level. But TSM has been playing together for much longer. Team Dignitas will have to show strong communication—and fast—if they want to make the playoffs as a contender.