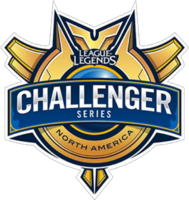 The Summer Split of the 2015 North American Challenger Series started off-stream last Tuesday with little fanfare. By Wednesday’s end, not as much was learned as one would have hoped, with most teams fielding substitutes due to various circumstances. Despite this wash of a week, it’s not difficult to see how the league will shape up once the main rosters begin to play in week two. This article should serve as a rough estimate of where the league stands and a brief introduction to all the teams for those that aren’t closely following the scene.

Before reading my breakdowns of teams, especially Renegades, readers should know that I am good friends with Renegades’ coach, Hermes, and AD Carry, Maplestreet.

Renegades, formerly Misfits, is the best NACS team right now and one of the smartest challenger teams ever. The most impressive facet of their gameplay is that they don’t always get laning leads, and they’re not banking on getting them to win–they consistently display an ability to farm their comp to the phase in which it’s strongest and use that strength to win. A reliable marker of good teams is that they don’t rely on laning/skill differences to brute force wins, and can win the midgame from even or behind positions. They also pick and successfully execute a greater variety of comps and styles than any challenger team in recent memory, enabled in part by Alex Ich’s willingness to play just about anything. Their second game against Cloud 9 Tempest was a great example of all these strengths. RNG knowingly drafted a very risky teamfight comp with virtually no waveclear (Kennen Gragas Yasuo Urgot Annie), into C9T’s Varus siege comp. They conceded their outer towers throughout a controlled midgame, but never seemed like they weren’t in control, or that they wouldn’t demolish every teamfight. A significant misplay at baron lengthened the game, but their gameplan was still sound and they closed out off the back of their strong teamfight and unstoppable Yasuo splitpush.

Moving forward, it will be interesting to see how soon RNG utilize AD Carry Jebus, who is due to join the team soon after being delayed by visa issues for months. His skill relative to NACS carries is virtually unknown, but if Pinoy and Steeelback are any gauge, he should do fairly well. I suspect that whatever his impact on the team, it will not change their trajectory much. It will take either a massive collapse or another team massively stepping up for RNG not to auto-promote to LCS, with or without Jebus. Barring those factors, no team will be able to outplay or out-adapt RNG in a best-of series.

Admittedly, there isn’t much to take away from Coast’s slow dismantling of Winterfox last week, compared to if they had faced any other team. Despite beating a much lesser opponent, there is still strong evidence that Coast is going to be a contender this split. In a way, Coast has maintained the same challenger scene-crushing identity since they reformed with Mash after their first relegation. After laning, Coast would typically take on a 1-3-1 or sometimes 4-1 deployment, whether ahead or behind.They try to open up the map while Mash farms his hardest, not unlike how Cloud 9 uses Sneaky but with much less finesse or reasoning behind it. Still, this style seems to give challenger teams a hard time if they are too indecisive to punish the split. This time around, Coast has KonKwon, who serves as a capable initiator, Korean import Shrimp at jungle, longtime challenger player Pekin Woof in mid, and Saintvicious as coach.

Pekin Woof was never a player that impressed me in the past, but he seems fairly capable now, and if he can be a stable damage dealer for his team, that might be all they need from him. In coming weeks, watch for how he stacks up against the similarly talented mage players in NACS, Bischu and Wolfe. Shrimp, for his part, is already showing himself to be a dominant force in the jungle. Perhaps enabled by coach Saintvicious, he’s inclined toward a farm-heavy, near-carry style. Especially on Rek’Sai, he will build Cinderhulk into Black Cleaver every time, absorbing tons of sidelane farm and becoming a monster in the process. The Void Burrower will likely prove to be his most effective champion, as he can effectively contribute as a splitpusher in Coast’s 1-3-1. Shrimp has his own stylistic peers in the league in Cloud 9 Tempest’s Hard and Vortex’s Shernfire, the latter of whom is expected to be very similar to Shrimp when he makes his debut next week, but none of them will approach the amount of resources and impact Coast permit him to have. Coast’s challenge for the rest of the summer will be to refine and clean up their unique approach and secure a top 3 position.

It would not be fair to judge Cloud 9 Tempest too harshly after week one. Facing the strongest team in the league (Renegades), they were forced to replace Yusui with kt Smurf due to the former’s competitive ban, which is now over. kt Smurf played fine but was unable to output as much pressure as Alex Ich and definitely wasn’t going to be creating many plays on his own. Given the team’s recent track record, fans probably have little to worry about. Throughout April and May, they had strong showings in AlphpaDraft Challenger League despite falling to Frank Fang Gaming in the playoffs. They’ve consistently dominated the weekly League 1 tournaments (which admittedly included a lot of lesser teams), but most importantly and most recently defeated three solid teams, FFG, Odyssey, and CLG Black, to qualify for NACS.

But I still have a few concerns about C9T this split. I’m not convinced that they can consistently win the midgame against against teams of equal skill when their lanes aren’t snowballed by Hard. And as NACS teams improve, Hard will find fewer and fewer early game gank openings on his signature Rek’Sai.  Especially compared to Renegades, C9T plays a narrower range of strategies and are reluctant to play more than a handful of champions in each role. Namely, they seem fairly reliant on Rumble/Maokai, Rek’Sai/Gragas, Sivir/Kalista, and just Sivir comps in general. This all being said, no one has seen C9T play with their full roster in a while, and I fully trust they’ve made progress on these issues and can at least overtake Coast when the time comes.

Imagine, formerly Magnetic, surprised many when they qualified for NACS by beating CLG Black handily with superior teamplay. This past week, they defeated Vortex, who fielded multiple subs, in the sloppiest set of the week. Jungler Dardoch was very adept at setting up his lanes for early success on Ekko and Gragas, but post-lane phase was just a slow grind of skirmishes toward victory.

Going forward, the team will probably continue the formula of Dardoch snowballing lanes, then handing off the reigns to the strong solo laners, Ron and Wolfe, who will almost always be playing Gnar/Rumble and a ranged mage mid, respectively. Themassacre8 can also be a strong contributor on Corki. The players are fairly skilled individually, especially Dardoch, who had a skillful Lee Sin play highlighted on Reddit recently, but it’s evident they aren’t quite sure what to do outside lane. Moving into a house soon should help them focus better on their problems, but they definitely have some learning and cleaning up to do if they want to make a run at a promotion  tournament spot (top 3 in playoffs).

Vortex fielded a sub roster in week 1, and an expected 0-2 result against Imagine followed. Former jungler HeavenTime filled in support, Chau played jungle, and Gate played a final set in mid as VTX needed to fulfill the 3/5 roster rule for the first week. Veritas and Gate played near the standard that’s come to be expected of them, which is to say they played fairly well, but the remaining players were fairly disappointing. This isn’t as worrying for the subs as it is for Wizardry, the Korean top laner who was infamously last seen on Coast in the 2014 Summer Promotion Tournament under the ID Ringer. He put in some pretty poor performances on Rumble and Fizz, and was tossed around by Ron, sometimes literally, in both games. Wizardry can be more fairly evaluated after VTX plays with their full roster next week, but week one was not very promising.

Their roster for next week isn’t publicly known, but it’s expected to include Oceanic import Shernfire in jungle, Bischu in mid, and either Biofrost, Gleeb, or Novel in support. Presumably, they’ve been practicing with this roster all along, and these players are likely to be much better playmakers than the players fielded this week. But Bischu almost seems like a sidegrade rather than an upgrade to Gate, and whichever support they use will be one that has not had much recent competitive experience. While it would not be surprising to see VTX surpass at least IMG in coming weeks, it’s doubtful they will go much further than that unless Shernfire proves to be a god.

The hapless young Winterfox squad could never find room to breathe in an 0-2 drubbing against Coast this week. To use modern challenger player vernacular, they were unlucky. I’d characterize the current incarnation of WFX as a worse version of the current Coast team–that is, Pinoy seems to take charge of the team as Mash does and tries to direct the game to put himself in a good position to carry. Both AD Carries are relatively skilled, but the mechanical skill and teamplay from WFX simply do not back it up. Pekin Woof and Cris are just more reliable versions of Arcsecond and Avalon; Shrimp is what Shorterace should aspire to be. So it would kind of make sense that Coast would destroy them.

There is hope for Winterfox in that they can reach fourth place if they put good showings against Imagine and Vortex. Additionally, their coach Leviathan has recently moved into their team house and hopefully he will be able to introduce systems and routines to help accelerate the team’s improvement in person.

The most interesting about this week is that the teams are finally expected to play with their full rosters, with Vortex being the biggest question mark I’m anxious to see. If they can take a game off C9T this week and CST the following week, they’ll be in a good position to make a run for third in playoffs. Otherwise, most of the closer matchups between the top teams will take place in weeks 4 and 5.

The match I’m most interested in this week is CST vs IMG–will Coast be able to effectively carry out their gameplan against the more chaotic play of IMG? Can IMG’s solo lanes have more impact than Coast’s botlane? Tune into the Riot Games channel 7pm PDT this Wednesday to find out.