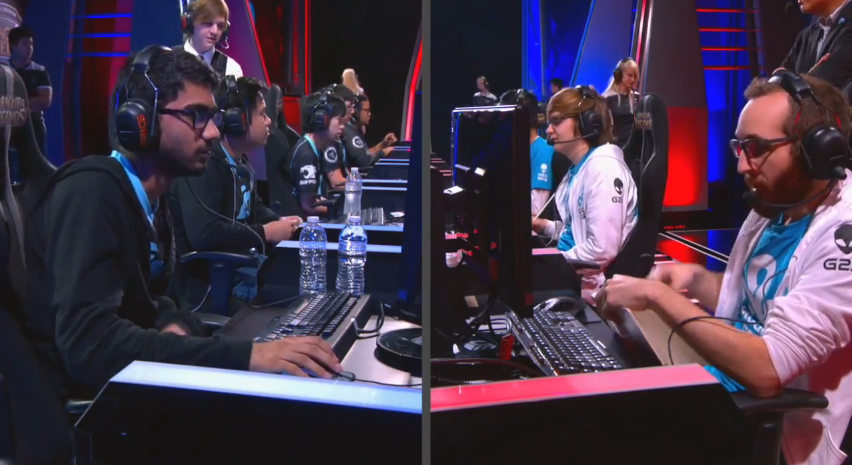 With both CLG and TSM decisively defeating the one team they struggled against in the past, the classical rivalry between them once again emerges as both teams vie for control as the best North American team.

Despite being a victim to TSM’s rampage, WFX’ Avalon starts off his first week of LCS with a reasonably solid performance, having played against Dignitas to pad his numbers. On the topic of Korean top laners, the former SKT top laner Impact made his debut with an exceptionally unimpactful first game against Counter Logic Gaming. However he later redeemed himself with a game-winning Gnar ult against Team 8.

Very much unlike in week 1, the first MVP of the 2015 NA LCS had an atrocious performance not being able to put pressure and being 1 or 2 steps behind his counterpart at almost every point in the game. Meanwhile Crumbzz barely managed to save himself from being the lowest ranked jungler two weeks in a row by having the second highest kill participation.  Regardless, both junglers paled in comparison to TSM’s Santorin who secured the highest KDA and Kill Participation for his role this week.

No surprise Bjergsen is still the best NA mid laner. His level of skill is shown in their match against Team Liquid where the Danish mid laner completely outclassed Fenix, whose inability to land Ahri charms sealed their crushing defeat.

Perhaps the most unfortunate tale of this weekend was the massive hypetrain crash of Piglet. Crushed by Sneaky in game 1 and eating skill-shots in game 2, the only things going for Piglet this weekend was a relatively high CS per min and only dying once in their match against TSM.

With a 100% percent win rate on 4 games played, audiences and pros alike witnessed the immense amount of utility and power Kalista possesses when building an early Runaan’s Hurricane.

Where Aphromoo is the God of playmaking, Lustboy is the God of vision. In CLG’s match against TIP, with an absurdly high skill-shot accuracy, Aphromoo demonstrated one of the best Blitzcrank performances in competitive League of Legends. Quickly becoming the biggest troll of the LCS, Lust “You Can’t CC Me” Cena, ends the week with a Kill-Participation equal to Santorin and a GPM only slightly less than the Top laner of Team Liquid. Also follow his twitter if you want some laughs.

In one of the most fancy uses of Kalista’s kit, CLG pulls off the “Balista” hook to drag XiaoWeiXiao to his impending doom.

Author’s note; due to some losing teams having very little kills that results in very high kill contribution, next week I’ll be changing the method in how I calculate best to worst player to better reflect the player’s weekly performance.