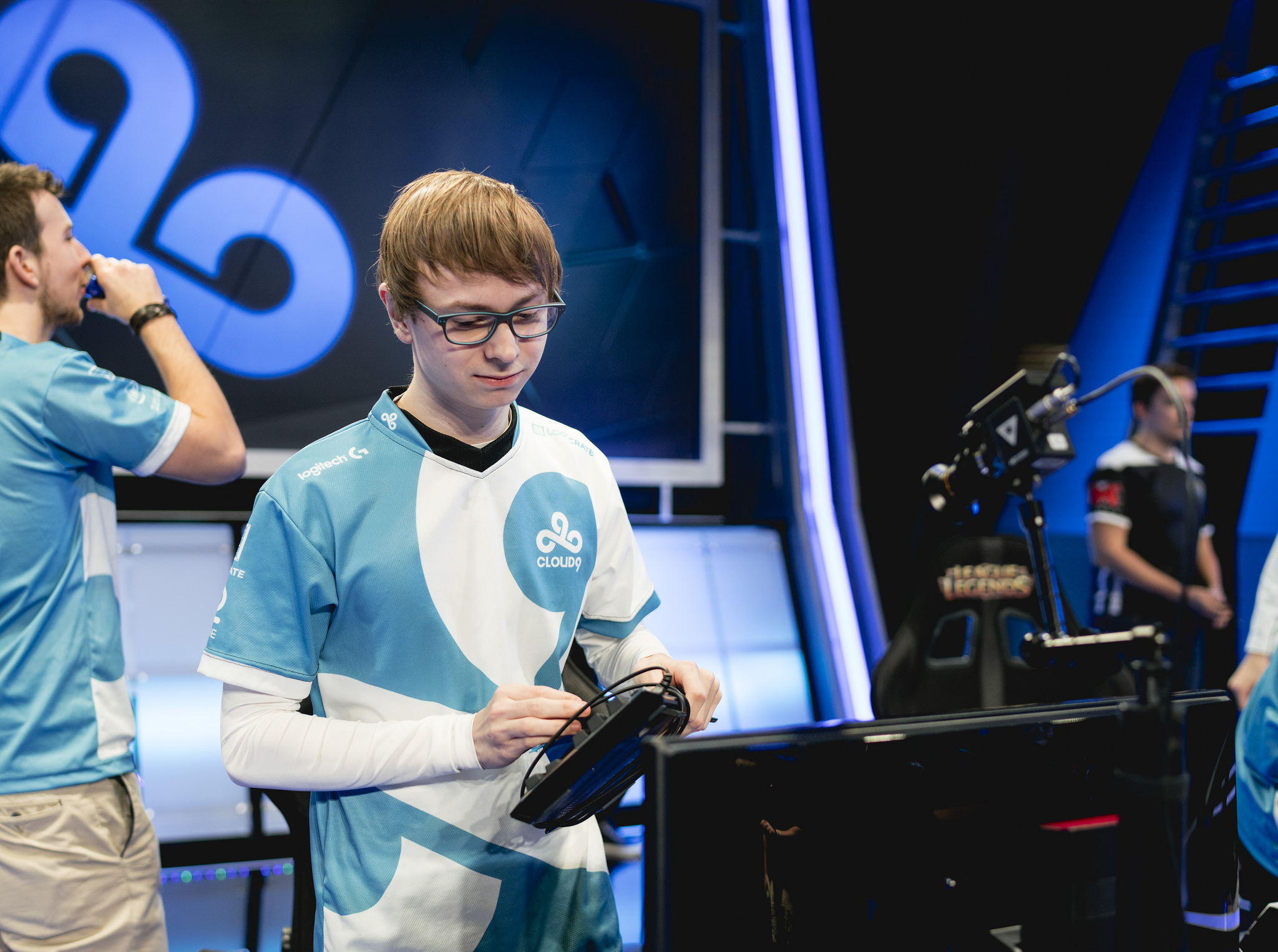 The North American League of Legends Championship Series is now in week 5. Last week we saw the continuation of Immortal’s (IMT) absolute dominance after defeating both Counter Logic Gaming (CLG), who were hot on Immortals heels, and the constantly improving Team Liquid (TL) . Can anyone stop Immortals and slow their momentum down? Let’s take a look at the ” Players to Watch” in this week of the NA  LCS.

After a very successful 2-0 week, it is pretty safe to expect this week 4 MVP to build upon last week’s performance and bring his team to success. During week 4, we saw Jensen play Orianna exclusively, and after his game turning performances of 3/1/9 against NRG eSports (NRG) and 5/0/7 against Renegades (RNG), this might be a champion that teams will look to take away from the Danish mid laner.

Coming into week 5, Cloud9 (C9) will be facing off against Team Liquid and Immortals. These are arguably the two strongest teams in the region right now, and therefore, it will be the toughest week yet for this Cloud9 line-up. However, with Jensen in top form on a comfort pick such as a Victor or an Orianna, Cloud9 could be in to create a major upset this week by beating both Immortals and Team Liquid.

Even though Renegades (RNG) had another 0-2 to add to their record last week, after the return of Freeze and some other changes to the line-up, we saw considerable improvements last week. Firstly, we saw that the new bot-lane of Freeze and Hakuho is a force to be reckoned with. While in the game against Cloud9 this team clearly struggled, Freeze still managed to out-farm Sneaky in lane and even managed to keep that lead for most of the game while his team was crumbling under the titan that Cloud9 has become.

The following day, we saw the departure of RF Legendary from the top lane, and in his place was Flaresz. Instantly, the team looked much stronger and more dominant all around the map, trading blow for blow with Team SoloMid and even creating an early game lead through their top and bot lane. We once again saw very impressive plays from Freeze along with Flaresz. However one badly made decision around baron and one quadra kill later, the game began to fall apart.

If we see this team show up in week 5 we can expect Freeze to be the one to perform above expectations.

WildTurtle has, in just a few months, gone from being the failing AD carry of Team SoloMid to the most deadly carry in North America. With his team going 8-0 so far in the league, WildTurtle has managed to stack up an incredible 14.2 KDA and a staggering 48 kills. The second closest player to him in terms of kills is Doublelift with 40.

Coming into week 5, Immortals will be facing off against Team Dignitas (DIG), who have not yet been able to impress. However, they will also  be  facing Cloud9, who have only looked stronger and stronger with each week. This team is the prime contender to beat Immortals. WildTurtle has the skill and the team behind him to be able to prevent a loss, but will he continue performing up to standard or will the early domination start to fade away?