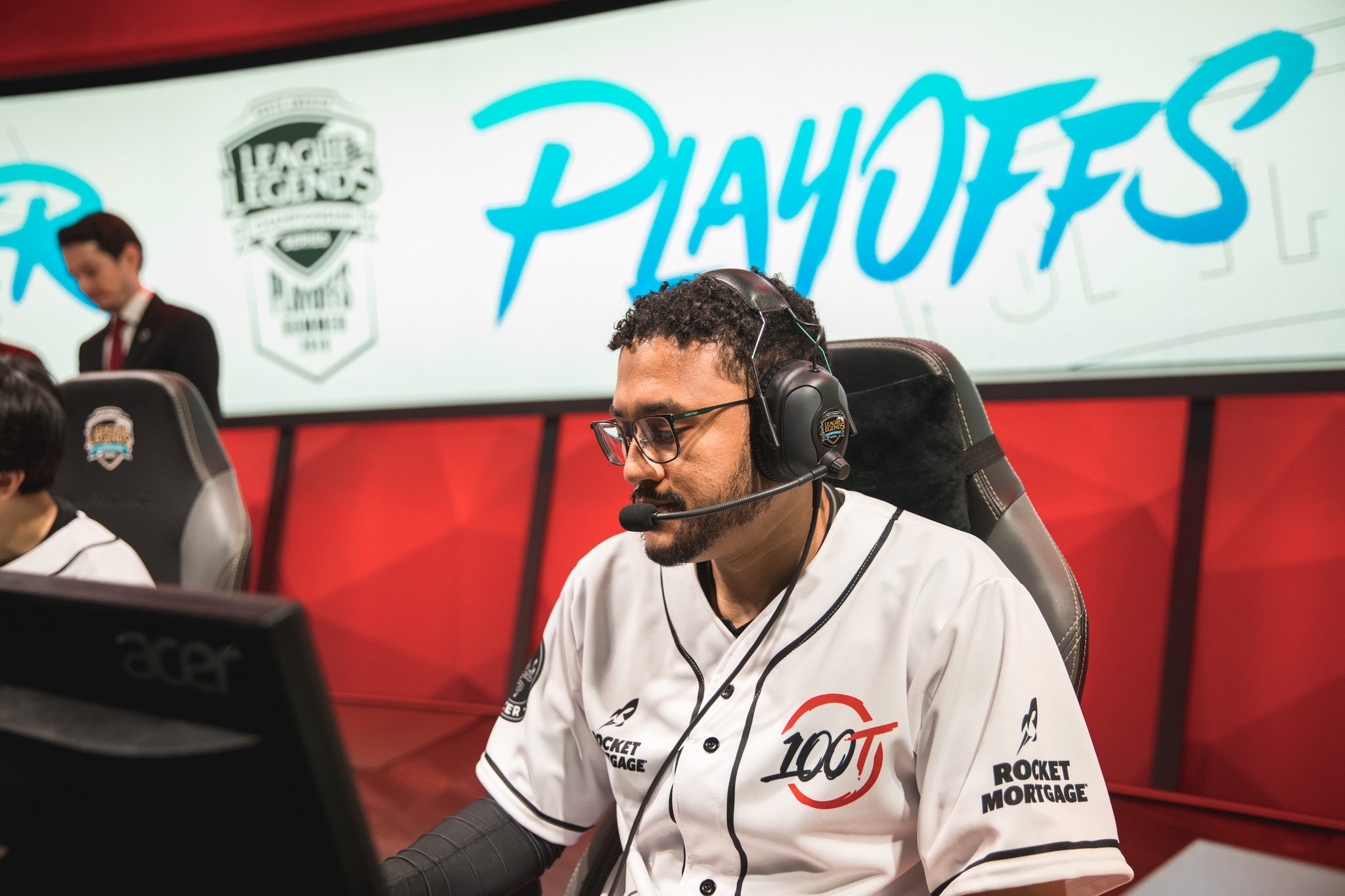 In today’s series of the NA LCS Summer Split semifinals, 100 Thieves and Team Liquid face off in a high-stakes elimination rematch from their battle in the finals last split.

Team Liquid have gone through the last half of the split hailed as the hands-down best team in the region, while 100T have been faltering since their dominant first-place contention earlier on. That being said, Liquid are definitely the favorites, but after 100T’s 3-0 curbstomp of FlyQuest last week, they may just surprise us.

Here’s the breakdown of each game in the series, updated live.

100 Thieves opened the series with a surprising display of skill. That’s not to say that they aren’t normally a good team, but they don’t typically play on the same level as Liquid. The game was mostly back-and-forth, but 100T managed to outsmart Liquid around the first Baron and grab hold of a small lead. By the time the second Baron came up, 100T were prepared to wipe TL off the map and soon end the game.

The second game was an entirely different story for Liquid. Rather than a throw at a Baron pit, once Liquid found any sort of substantial lead, they held onto it. For the most part, 100T had difficulty keeping up with them aside from a few good picks around the river. By the end, Liquid stretched their lead to the point that 100T just couldn’t win a fight even when things went according to plan, and TL snuffed them out.

The main character of the anime for the third game was definitely Yiliang “Doublelift” Peng. Both mid and top struggled for Liquid throughout most of the laning phase, but Doublelift’s lead in the bot lane enabled him to open up the map with solid pressure and eventually join his team. He ended with a perfect 8-0 record—the cherry on top of the cake after a game of hyper-carrying his team.

There aren’t many words to be said about this game. In the last round of the series, Doublelift completely annihilated his former support Zaqueri “Aphromoo” Black in the bot lane, and Liquid as a whole outclassed 100 Thieves. It was ugly, and unlike the other games in this series, it never looked like 100T ever stood a chance. By the end, Liquid racked up over 10,000 gold on 100T, and that was only at 27 minutes. With that, Liquid advance to the finals to take on Cloud9.