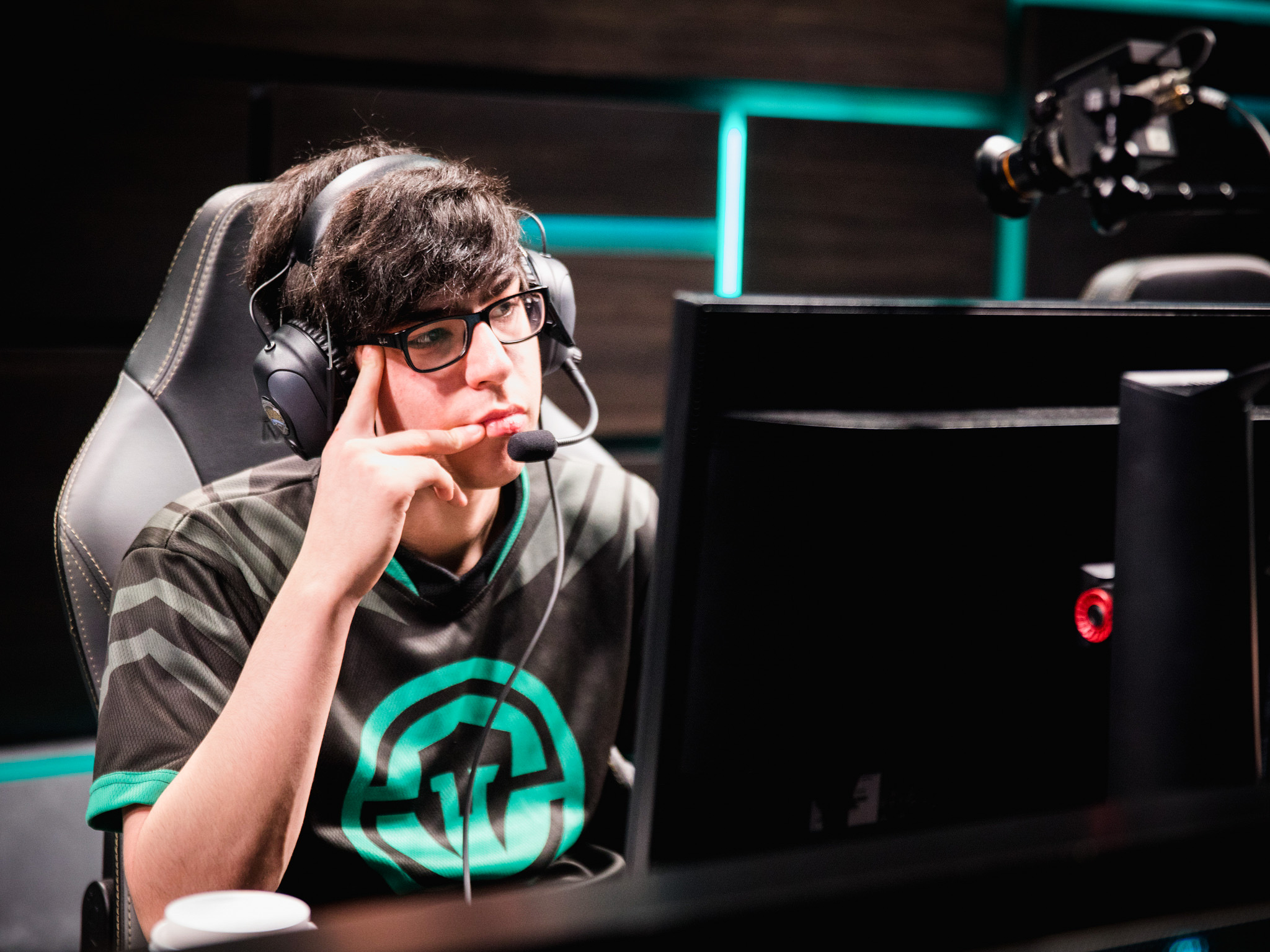 Okay, it wasn’t that big, but it was totally unexpected and surprising. This is now the third time Dardoch’s been transferred in less than a year. No other situation in the history of the LCS quite matches the insanity of this one.

The craziness is only increased by the fact that this is the second time Liquid will role the dice with Dardoch. Didn’t they suspend him for insubordination in the first place? And now they’re having him back, after he trashed them on his stream?

Team Liquid are trying everything to become relevant again in the NA LCS, but this latest move got us thinking: Are there really no bounds to the types of player transfers that could take place? What if every NA jungler were to switch teams? Which situation would be the best for each player?

Obviously, we have start at the beginning.

It’s too perfect. The team that doesn’t know what it’s doing is paired with the player that can’t stay out of trouble. Still, the last time both were considered “good” was when they had each other. A lot has changed since then, but hopefully this move conjures memories of Dardoch’s amazing debut, not the dysfunction that happened.

But now TL has too many junglers, which means Kim “Reignover” Yeu-jin gets sent packing. But not back to CLG. There’s a better spot for him.

From last to first, baby! Reignover has had a rough year, but TSM may be the cure. Current TSM jungler Dennis “Svenskeren” Johnsen was great for most of last year, but has slumped recently. Reignover loves playing around strong mid and top laners, a great fit for TSM.

Crucially, his inability to affect the bottom lane shouldn’t be a problem, since TSM ADC Yiliang “Doublelift” Peng just wants to be left alone to farm anyway. It’s win-win for the player and the team.

Move over, Juan “Contractz” Garcia, because Svenskeren is taking your spot. It doesn’t matter that Contractz was last split’s outstanding rookie. Svenskeren is a veteran with experience on the Worlds stage.

Crucially, Svenskeren has been learning for nearly two years how to play with a great Danish mid laner in Søren “Bjergsen” Bjerg. He could be even better with C9’s Nicolaj Jensen. One of C9’s faults is that Jensen is slow to join his team and support his jungler. Svenskeren will be charged with fixing that. He also will become a crucial voice in the late game, another C9 stumbling block.

We don’t want to leave Contractz out to dry though. His talent would be great next to another Danish mid, Henrik “Froggen” Hansen on Echo Fox. Froggen is much better at roaming and seeing these two control the opposing jungle will be a treat. Finally, Contractz also fits Echo Fox’ recent youth movement. Now, to find a home for Matthew “Akaadian” Higginbotham.

Phoenix1 is one of the worst early game teams in the league. Akaadian fixes that as one of the most aggressive early-game junglers. He was second in First Blood percentage last split and first currently among junglers with more than five starts. He may be exactly what P1 needs to get their butts going. The only problem is, P1 already has a fantastic rookie jungler in Mike Yeung.

Dignitas is a team on the rise, and could use an aggressive player who loves to invade and carry games. MikeYeung won’t be called on to play tanks, as Kim “Ssumday” Chan-ho is fully at-home in the Maokai meta. Even support Adrian Ma has switched to tank initiators.

MikeYeung would be great on a team where he’s called on to carry. His damage numbers from the jungle position are second in the league, a perfect fit since doing damage is anathema to mid laner Jang “Keane” Lae-young.

EnVy doesn’t need an early game jungler. They need someone to teach them how to play the late game and not throw around objectives. Well, Lee “Shrimp” Byeong-hoon led Dignitas to the second-best Baron control rate of the summer. He’d be great for this young team learning to play together.

We had to give Nam “LirA” Tae-yoo a good home. He’s been too good for too long on a bad team. His reward is to play with first-place Immortals. Forget import restrictions—this is the perfect spot for him, and if rules need to be broken to make it happen, so be it.

After a split apart, Jake “Xmithie” Puchero and CLG both realize that they’re better with each other. Welcome home, Xmithie.

Are we forgetting someone?

A tally of the above list shows only nine teams and junglers? Who are we forgetting?

That’s right, Galen “Moon” Holgate and FlyQuest! They were so far down the list in last place, we almost overlooked them. Really though, it’s impossible to break up the combo of mid laner Hai Lam and Moon, aptly named Hai-Moon. Those two are perfect together, so we won’t mess with that.