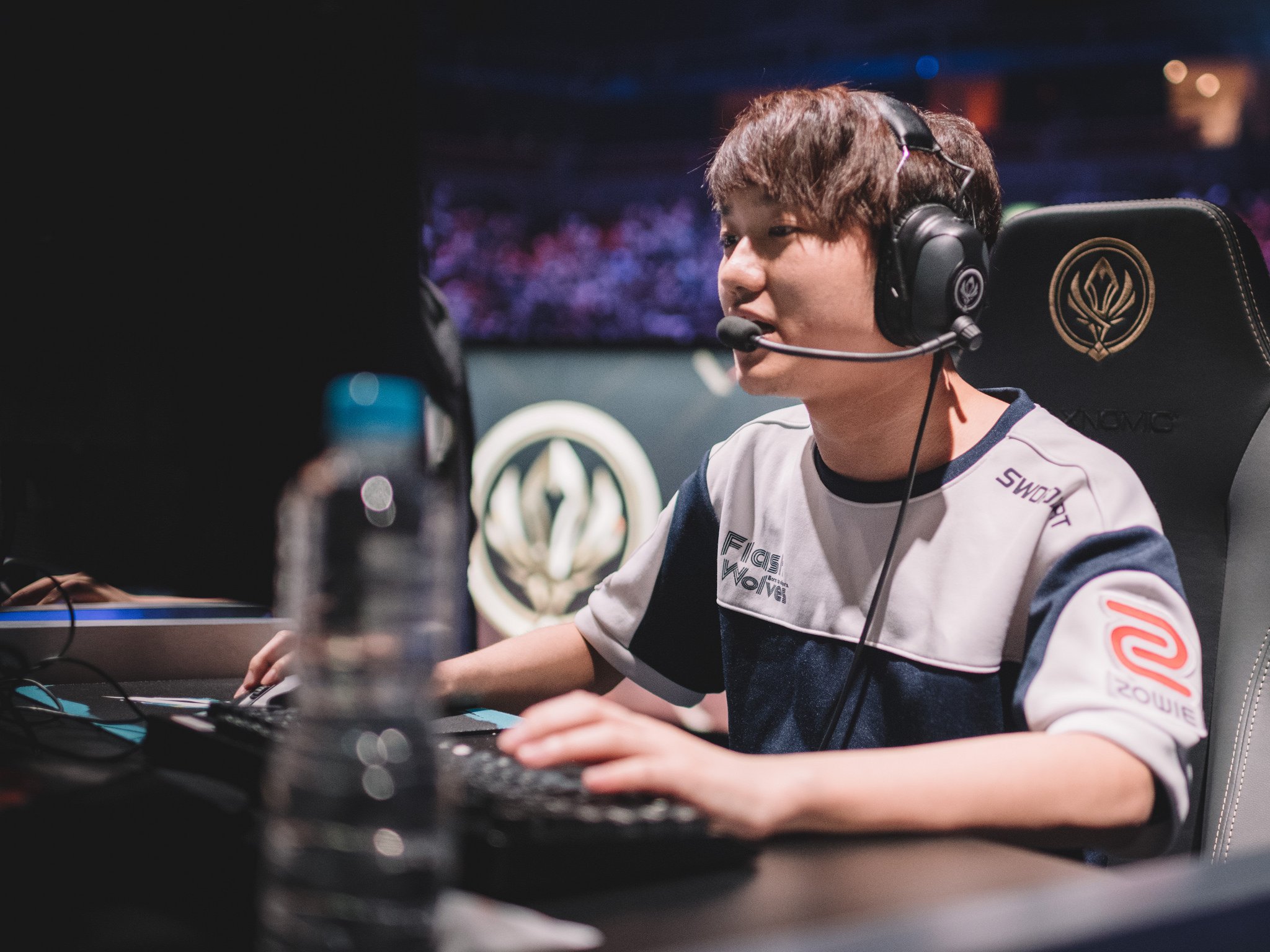 Flash Wolves picked up their first win at MSI 2017 following a collapse of Gigabyte Marines.

The Wolves were looking to bounce back from the their opening two losses in the group stage. Gigabyte Marines, meanwhile, hoped to continue a fairytale run that began with a victory against TSM,

Gigabyte started the game strong, finding an aggressive first blood kill in the toplane after a successful split push. They dominated the early game vision, forcing Flash Wolves to play more passively than they’re used to. Gigabyte were playing a mindgame battle with Flash Wolves—and were winning.

Another collapse in the toplane gifted Gigabyte Marines their second kill and a first tower blood. The Wolves quickly responded, using the extra man advantage in the botlane to secure a tower and decrease the substantial gold lead that Gigabyte were building up.

By using Galio’s ultimate ability minutes after the collapse onto toplane, Gigabyte capitalized on a Flash Wolves engage. The Galio managed to knock up the enemy Shen that was taunting into the teamfight and kill him in the process.

Gigabyte were respectful of any potential Flash Wolves engages and only looked to punish them when the team mispositioned or gave Gigabyte a clear advantage.

Galio continuously zoned Flash Wolves away, but at the same time was too aggressive, giving the Wolves the chance to finally find the team’s first kill of the game at the 20-minute mark. The Wolves, however, invested too much into that kill, sending nearly an entire team up to deal with the Galio, giving Gigabyte the chance to re-ward and gain control of the river.

The kill on Galio acted as a catalyst for Gigabyte. The team grouped up as a five and forced a play into Flash Wolve’ jungle, picking off the unsuspecting opponents.

Flash Wolves burst into life, however. Flash Wolves collapsed onto the unsuspecting Gigabyte players, picking up four kills. But they couldn’t convert the teamfight victory into any meaningful objective.

Another successful teamfight for the Flash Wolves moments later gifted them a Baron this time. The Wolves used the buff to take multiple towers and bring the long-standing gold lead that Gigabyte Marines had built up down and reset the game.

Gigabyte collapsed on the last play of the game, a failed counterattack on the Elder Dragon, which gave the Wolves all the resources they needed to take the ace and win the game after trailing behind for so long.