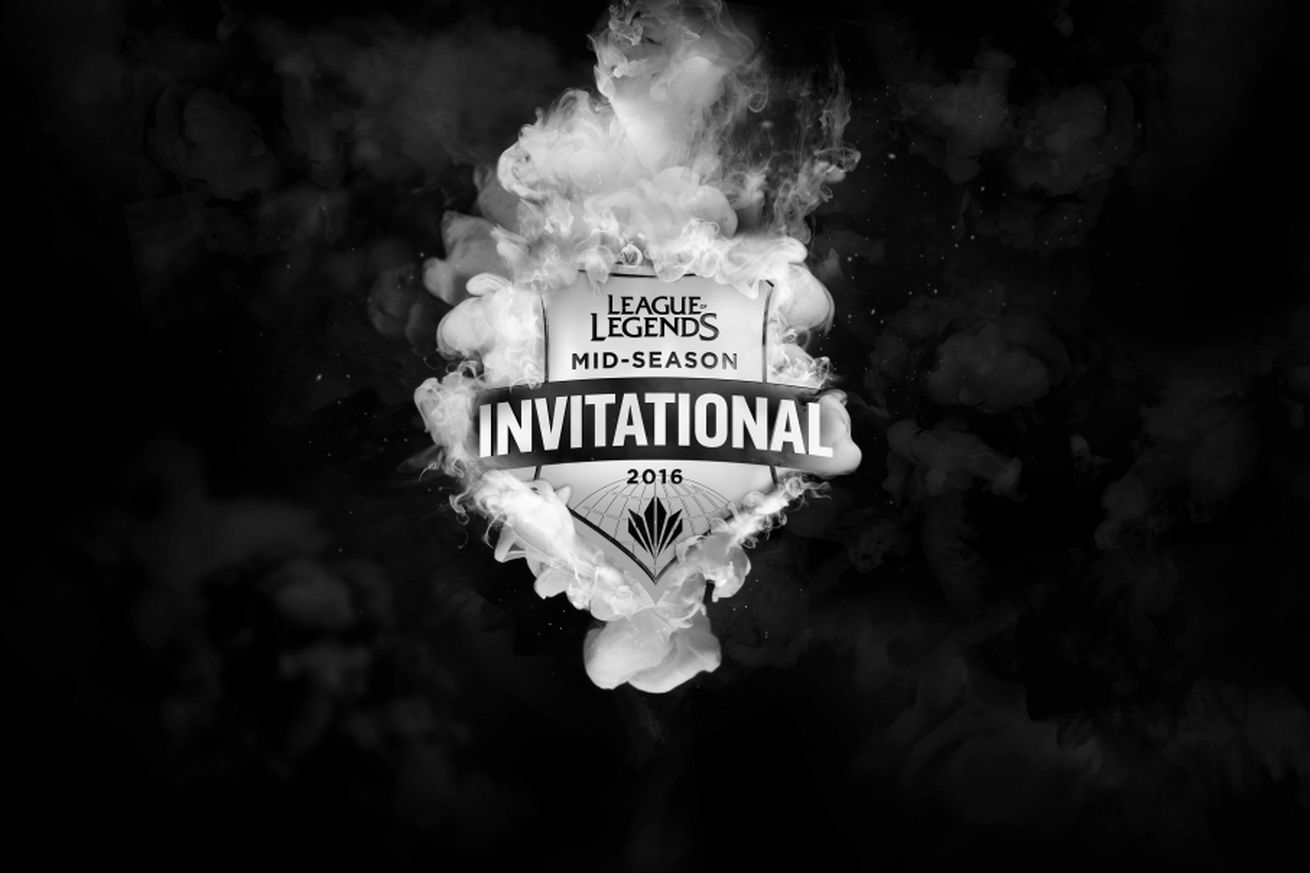 Royal Never Give Up are coming off a very strong performance in the group stage, with an eight-to-two win-loss record. A large factor contributing to RNG’s victories has been the strong synergy between mid laner Li “Xiaohu” Yuan-Hao and jungler Liu “mlxg” Shi-yu. Mlxg has focused a majority of his attention towards the mid lane, which has allowed Xiaohu to have a big impact on carry champions such as Leblanc, Azir and Ryze. Another important factor of Royal’s success has undoubtedly been the team’s star Korean support and Season 4 World Champion, Cho “Mata” Se-hyeong. Throughout the group stage, Mata controlled vision whilst creating impressive engages on Alistar and Thresh. Mata’s prediliction for these powerful engage champions have forced unwanted bans against his champion pool, most notably Alistar.

However, RNG did not have many clean victories. While Mata provided reliable engage, the Chinese side seemed to have trouble closing out victories against a variety of teams – from SK Telecom T1 to the wildcard representative SuperMassive eSports. This was partly due to some players getting caught out in unnecessary situations and their inability to confidently play a 1-3-1 style with the baron buff. Royal instead won games from constant team fighting, which might not be a successful strategy if a smart SKT turns up in the semi finals. 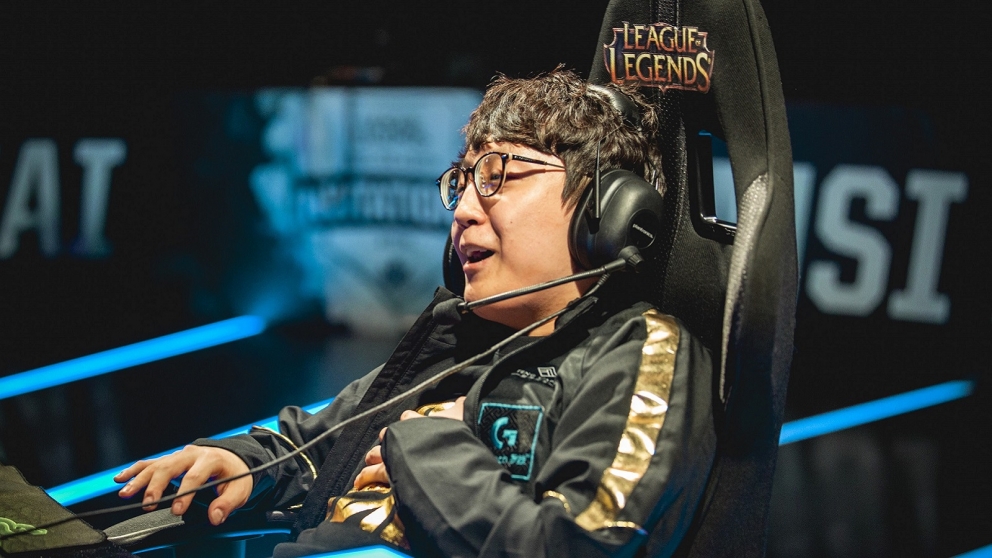 Despite coming into the tournament as heavy favorite, Royal Never Give Up’s semifinal opponents, SK Telecom T1 have, so far, had their worst performance at an international tournament. The group stage started as expected, winning two easy games against Europe’s slumping G2 Esports and wildcard representatives SuperMassive Esports. Days 2 and 3, however, marked SKT’s collapse, with jungler Kang “Blank” Sun-gu lacking impact in the early game and missing a number of critical smites.

Star mid laner Lee “Faker” Sang-hyeok also put up several poor performances, often over extending in lane and giving up easy kills. However, in Days 4 and 5 SKT’s play somewhat improved. Blank moved away from his unsuccessful Nidalee pick, sticking to Graves and Kindred instead. SKT also returned to a style of play that was successful in the LCK playoffs – running team compositions that revolved around their ad carry Bae “Bang” Jun-sik. Faker faciliated Bang’s play by shifting toward supportive mid lane champions, such as Zilean and Lulu. Support Lee “Wolf” Jae-Wan even playing an impressive game on Soraka.

This reshuffling of SKT’s lane priority allowed Bang to play late game team fights more aggressively resulting in the highest damage per minute by quite a large margin at 774 (Source: Oracle’s Elixir), seconded by Stixxay at 676. This renewed focus around Bang should be an important factor if SKT are to succeed in the semifinals. 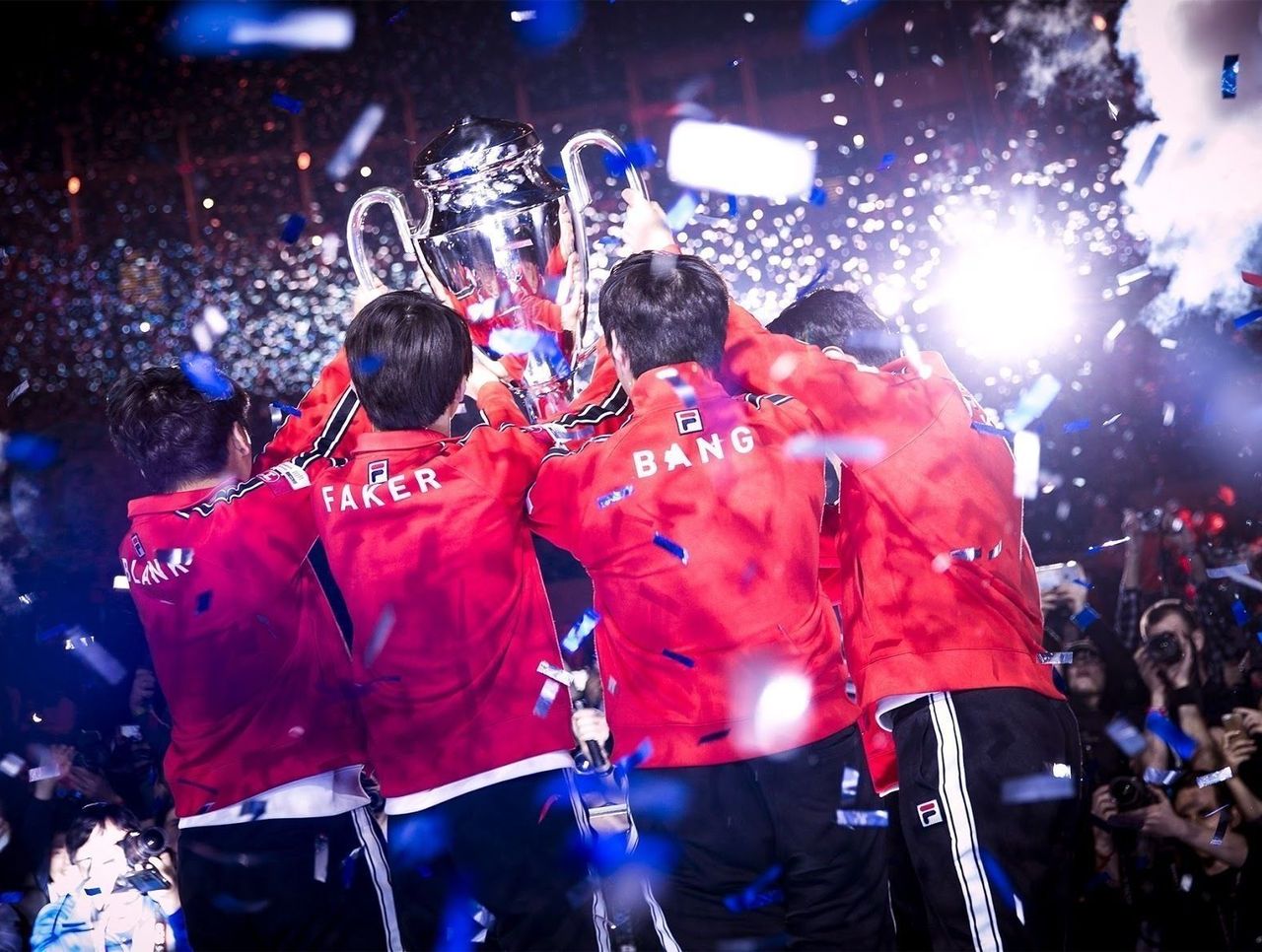 The semifinal between RNG and SKT will likely be a very close and long series. Both times these teams met in the group stage, their games went well over 50 minutes. Blank’s inability to play Nidalee successfully in the group stage in contrast to mlxg’s monstrous game against CLG forces SKT to waste a ban – likely on both red and blue sides. However, SKT’s successful transition back to a ‘protect the Bang’ style will likely allow the Korean team to win the late game team fights. Provided SKT does not collapse in the early game, they should be able to edge out this series – especially after having almost a week to prepare for the semifinal matchup.

Prediction: SK Telecom T1 3-2 victory over Royal Never Give Up

America’s Counter Logic Gaming surprised a lot of analysts in the group stage, with an impressive seven-to-three win/loss record. Strong performances from the support Zaqueri “Aphromoo” Black and ad carry Trevor “Stixxay” Hayes played a major role in many of CLG’s victories. Aphromoo had an important impact on different styles of champions ranging from Thresh, Braum and even Soraka, which allowed Stixxay to play more confidently and aggressively both in lane and in team fights.

Stixxay began the tournament with very strong performances on Caitlyn, which forced the other teams to burn a ban on an uncommon and generally uncontested champion. This however, did not stop Stixxay from continuing to contribute a large amount towards CLG’s victories, instead playing champions such as Lucian and Kalista to a similar degree of success – which lead to him having the second highest DPM of the group stage. Another factor of CLG’s group stage success was the successful coordination of their double teleports from top laner “Darshan” Upadhyaya and mid laner Choi “Huhi” Jae-hyun, which led to starting unexpected and easily won team fights. Although CLG’s individual player strength is often considered somewhat lacking in contrast to the other teams, their team play has made up for this deficiency and has led to their second place result in the group stage. To succeed in the playoffs, CLG will need to continue their exceptional team play.

The LMS’s Flash Wolves have had a reasonably good group stage – placing third, with two victories over SKT and an ultimate record of six wins and four losses. Mid laner Huang “Maple” Yi-Tang  has so far been very versatile in his mid lane champion picks, having success on control mages such as Azir and Ryze as well as assassins like Leblanc and Zed. Additionally, top laner Yau “MMD” Li-Hung has stepped up in this tournament, having success through good teleports and a strong zoning presence in late game team fights.

However, a potential weakness of the Flash Wolves that may be exploited in their series against Counter Logic Gaming is their struggling ad carry, Hsiung “NL” Wen-An. While star support Hu “SwordArt” Shuo-Jie has done his best to keep NL safe, Flash Wolves’ ad carry is the second lowest in terms of both damage percentage and damage per minute (at 28.1% and 567 respectively) at his position. He only ranks ahead of the heavily underperforming G2 ad carry Kim “Emperor” Jin-hyun.

If The Flash Wolves are to succeed, it will likely be due to a carry performance from Maple combined with NL stepping up his game play. 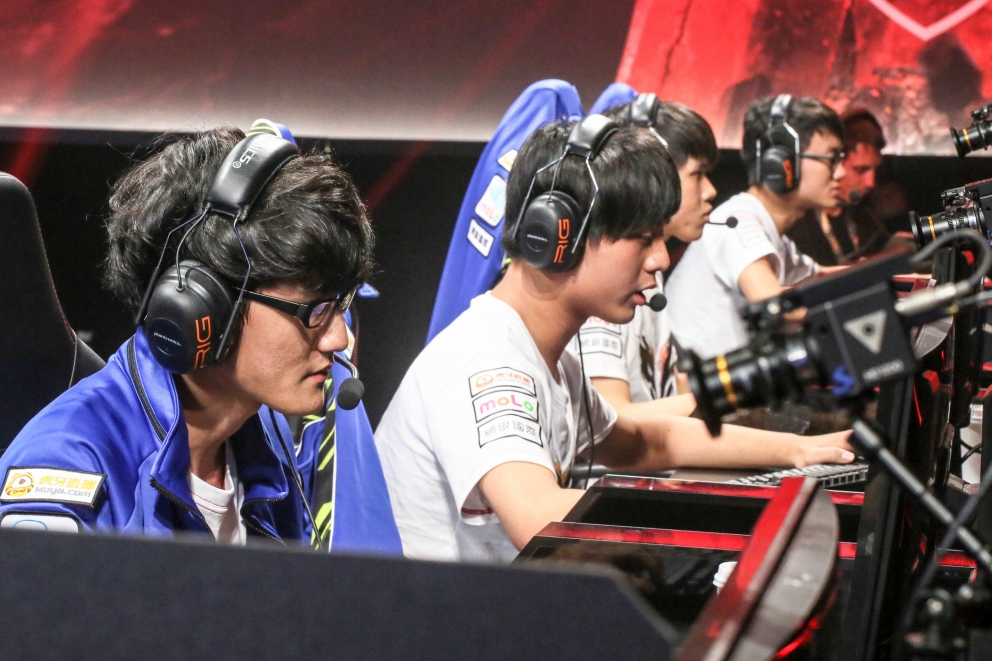 The semifinal between CLG and The Flash Wolves will likely also be a very close series. While the Flash Wolves have an advantage in the mid and jungle position, the difference between Stixxay and NL so far in this tournament more than compensates for CLG. CLG’s strong team and map play will likely be the biggest factor that gives them the edge in this match up. If Maple is neutralised through team coordination and if Stixxay continues to be aggressive while reducing some crucial mistakes, North America’s Counter Logic Gaming should come out on top.