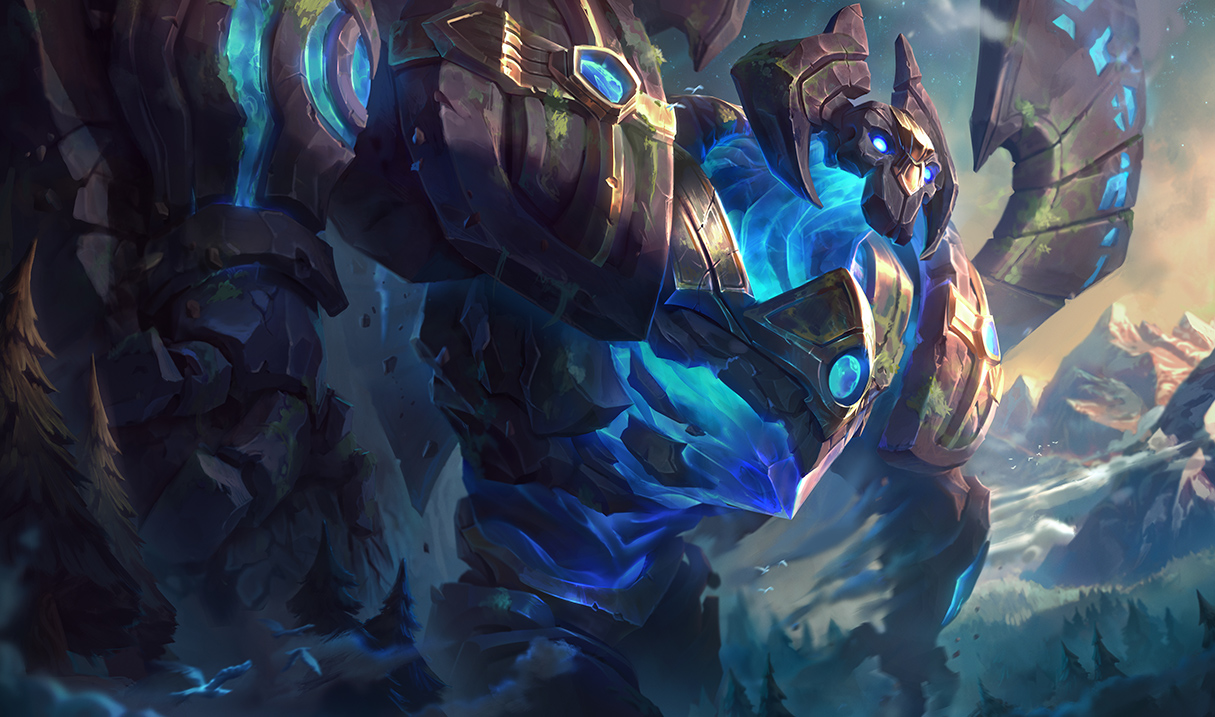 Despite all receiving sizable nerfs recently, Maokai, Galio, and Caitlyn are all due for more in the next patch, according to the latest update to the PBE.

Of the three on the list, the decision for Riot to throw down more nerfs for Maokai makes the most sense. Both pro and solo queue players recently discovered his oppressing power as a vanguard tank after nerfs knocked Zac out of the running for king tank. Maokai has excellent survivability, tankiness, and more crowd control than any champion should have room for. There are few tanks in the game that can force a fight like he can, and even though he was nerfed in the last patch, his power was barely effected at all, so Riot isn’t leaving him alone just yet.

Even though he gets so ridiculously tanky and can keep you stuck in place for way too long, he still deals a surprising amount of damage. For a tank, that’s usually a red flag that things are a little too out of hand, so Maokai’s damage is being nerfed. His Q, Bramble Smash, will now deal much less damage at later ranks, making his kill power much less threatening without hindering his tankitude.

Galio and Caitlyn, on the other hand, aren’t actually doing that well right now. Caitlyn’s base attack speed stats were lowered quite a bit in Patch 7.11, and that nerf gave a lot of breathing room for other ADCs to take over her spot at the top of the meta. Nonetheless, Riot’s nerfing her even more in the next patch, and in a really unexpected way.

It’s nerfing her crowd control. Not her damage or her insane range. Her Yordle Snap Trap snare is what’s being targeted. The PBE nerf lowers the immobilization duration from 1.5 seconds at all ranks to 0.9 seconds at the first rank and scaling up to 1.5 seconds as she ranks it up.

This will have a huge impact on her lane dominance, as she’ll have less of a wombo with supports like Morgana and Blitzcrank, and her own ability to kite damage under towers will be hit by this as well. It seems a little too harsh for her, especially when Twitch, Draven, Tristana, Sivir, Jinx, Miss Fortune, Xayah, and Jhin are all performing much better than she is, according to League of Legends stats website Champion.gg.

Galio is in a similar boat. He was hit really hard in Patch 7.13 with nerfs to his base armor, Q, and R. Since then, he’s noticeablly fallen off quite a bit, so it does come as a surprise that he’s being hit again. His winrate in solo queue is an abysmal 47 percent, and his playrate is just as horrid. He used to be one of the most picked champions in the NA LCS, but he’s dropped to a meager seven percent pick rate, according to pro League stats site Stage.gg.

So if he’s super weak professionally and in solo queue, why would he be nerfed? Honestly, we don’t know why. He’s actually in a pretty bad spot, and this nerf is going to put him in a worse spot. The nerf lowers the damage reduction granted from his ultimate by 10 percent at max rank, and it doesn’t take much thought to realize that’s a big nerf. His team fight power is being scaled down considerably by this, and Galio will likely continue to fall through the priority list for top laners everywhere if it goes live.

These changes are up on the PBE right now, which means they’ll likely go live with Patch 7.16 in a couple weeks.