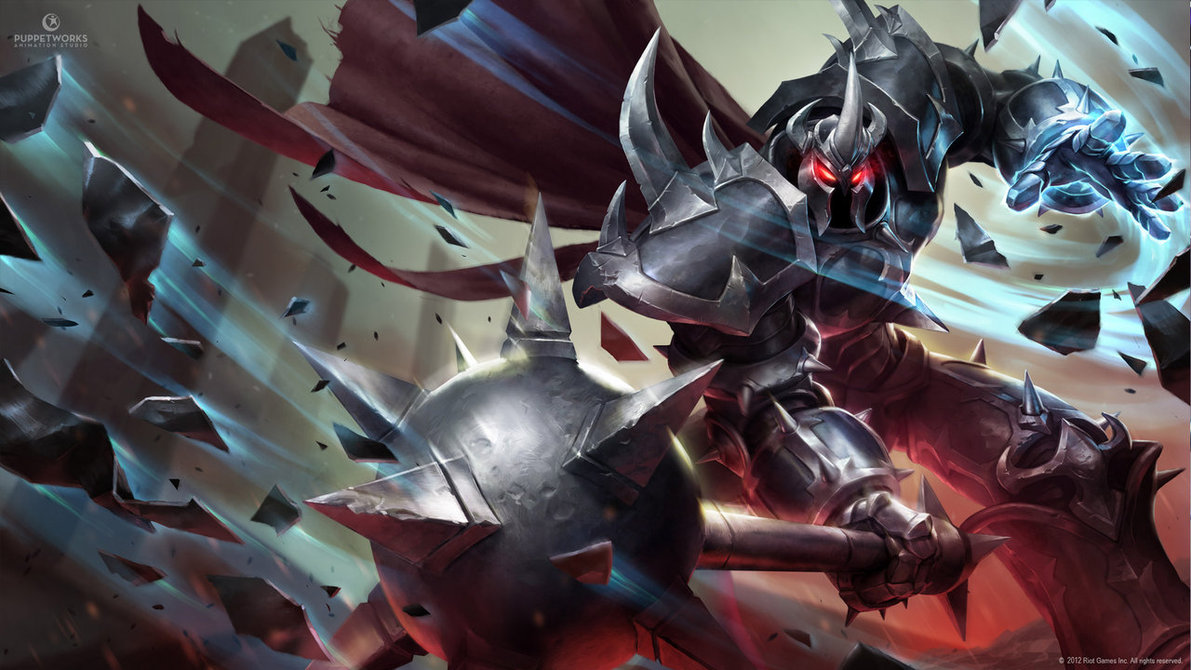 On Ghostcrawler’s ask.fm, he stated that one of his longer term goals was making the AD Carry role “not mandatory.” In the most recent Juggernaut update, Riot’s balance team revealed that they were re-imagining Mordekaiser as a bot lane juggernaut who could play in a duo lane in place of an AD Carry. The two specific changes to Mordekaiser were that he would gain full experience from creeps in a duo lane (normally, the AD and support each gain half experience. In Morde’s case, he would gain full experience while his support still gained half) and his ultimate passive would allow him to “curse” the dragon, allowing him to control the dragon if his team killed it.

The experience boost was intended to help Mordekaiser compensate for his melee range and bully lane opponents with a level advantage. The cursed dragon would reward Morde’s team for sending him bot lane and controlling the powerful objective. The dragon could also be used in sieges to compensate for Morde’s inability to siege towers, one of the primary goals of the AD Carry position.

The specific balance change I wanted to talk about is Morde’s increased experience gain in the bot lane. I think this change is both a poor balance decision and sets a bad precedent for future design for both casual and competitive play. Here’s why.

One of Riot’s stated balance designs is to provide clarity. Clarity is important because it helps new players get into the game. As the game has become more advanced, it’s become more difficult for new players to understand complex spells (such as the Kalista ultimate) but Riot should be commended for how they’ve always made sure to make it obvious to even new players what is happening in a game.

One point tangentially related to clarify is thematic unity. There are a lot of champions in the game, and it helps players if summoners can intuitively guess what a champion does based on their appearance. At a glance, it’s obvious what a champion like Vladimir or Hecarim does. Even champions with “twists” in their attacks, such as Volibear, have “warning signs.” A new player might not know that Volibear can flip them, but they could probably guess that it’s a good idea to run away from a charging bear. In fact, this was seemingly a big part of the recent juggernaut update, as Riot emphasized the large nature of these champions as a big part of the motivation behind their updates.

The other issue is that Morde’s double experience game provides no gameplay interaction. The best way to outplay a Mordekaiser in the bot lane is to zone him away from his creep wave so that he loses experience. However, there’s a major problem with this: this is already what bot laners do when their ahead, so it isn’t actually a real form of counterplay.

Even against an AD Carry only gaining half the experience rate (the normal rate), bot lanes already try to zone them away from the creep wave. The only difference is that against a Mordekaiser, strong AD players will receive half the reward for making the correct play. Other than that, there’s no difference. The inverse also applies – Mordekaiser isn’t doing anything special to get the double experience advantage, he’s just doing what he should be doing in the first place. The Mordekaiser player will just receive invisible strength throughout the laning phase for doing what he should be doing (getting experience) in the first place, but player interaction won’t change at all.

This brings up another issue with Mordekaiser’s double experience gain – the best way to nullify this advantage is to set the Mordekaiser player behind…but Morde’s own passive means that he is unlikely to fall behind from level 1 and onward. The extra experience passive automatically prevents what would have been the counterplay in the first place. Even if the Mordekaiser re-balancing flops, this kind of self-interacting gameplay mechanic sets up a dangerous precedent. It’s easy to imagine a scenario where an OP Mordekaiser pick is able to zone off lane opponents with an early experience advantage and snowball that into repeated kills and/or long-term starvation due to his double experience passive.

I don’t agree with the balance team’s decision to try and force their way around a meta the players organically designed, but if they were to do it, there are much better ways of doing so. For instance, Mordekaiser’s dragon capturing ultimate passive is a cool way to get around a melee carry’s inability to siege the tower. This kind of passive has real gameplay interaction. Morde’s enemies will be especially motivated to stop his team from securing the dragon, since it will keep his teammates from being able to properly siege. This kind of design is particularly commendable because it shows a fundamental understanding of the AD Carry’s role. Other ways to get around the lack of an AD Carry, if Riot insists on doing so, could be tower demolition spells, a temporary shield in lane against ranged attacks to stop harass, or some spells similar to Urgot’s “anti-carry” kit like reduced damage after auto-attacking enemies.

As an example, Morde’s kit could have included a “wrecking ball” spell (next on-hit will deal triple damage to a tower, or something along those lines) which would give both teams a time period to try and either get Morde a shot on the tower or keep him off of it. I’m not a game designer, but this kind of spell would give both teams a meaningful chance to interact around Mordekaiser’s spells while also remaining thematically accurate and clear for opponents.

Balance is best when it gives both teams a chance to interact. The Morde double experience gain seems like Riot forcing a champion into the bot lane rather than creatively designing a champion who could compete with AD Carries. In the future, I would rather see meaningful gameplay interaction than a champion who simply gains more benefits from doing what he should be doing in the first place.