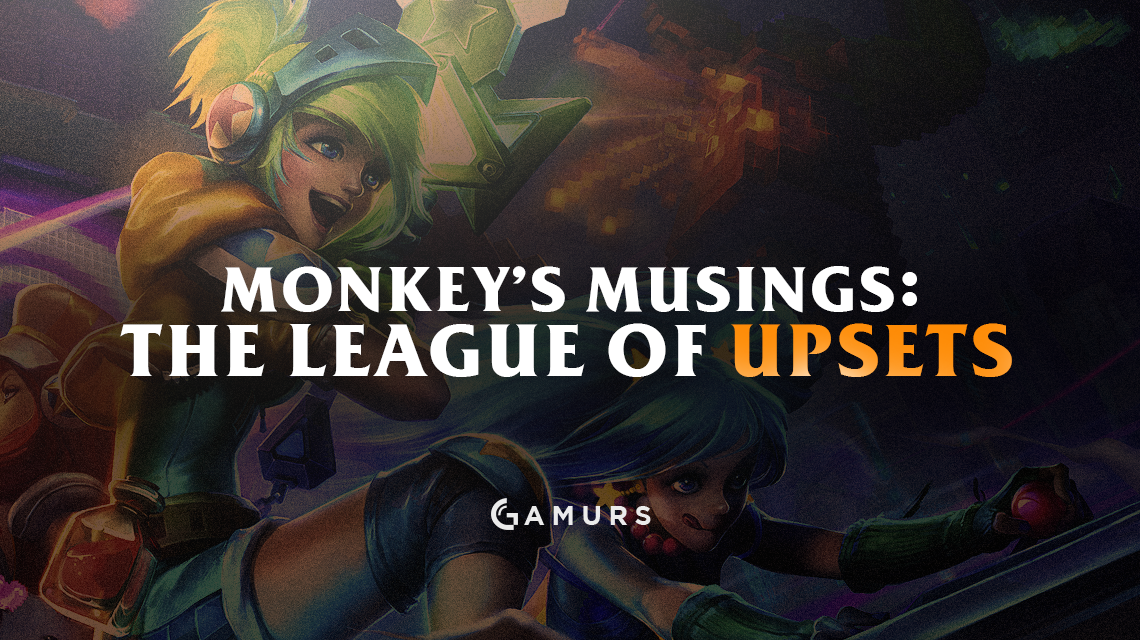 I think I speak for all of us when I say that the 2016 League of Legends World Championship has so far been their most exciting and enjoyable event since season two. In the World Championships, we all have our expectations of who we think are the resounding favourites.

When would you have expected Albus NoX Luna to advance to the last-eight in a group filled with the LCK and EU first seed and one of the strongest NA teams to grace the stage? I’m not saying they don’t deserve to be in the last-eight; they deserve it through their impressive macro-play and team fighting ability. But if you would have told me this would happen two or three weeks ago, I would have laughed in your face.

Yet, we are left with the prospects that, at the current time of writing, only 50 people in the World have successfully guessed this outcome for all three Worlds groups that have finished as of Oct. 9. With Cloud9 now the only NA team left with a chance of making the last-eight after TSM failed to qualify, who knows how many perfect picks will be left.

Are we facing another upset tonight? Will SKT be the second seed or even fail to qualify? Will Flash Wolves pull an H2K and win all of their matches to steal the first seed? We just do not know and that is incredibly exciting for the championships as a whole. The last three World Championships have fallen under an aura of predictability, with teams winning every match without a loss, like SK Telecom T1 and Samsung White. But now, we are faced with such overwhelming possibilities with matchups and games not going as expected that it has become entertaining to see these upsets happen, even at the expense of some of our favourite teams.

Are upsets good for competition?

This is a question I have seen come up a lot lately; the prospect that due to upsets affecting teams, it means certain individuals and teams are progressing and devaluing the competition as a whole. The fact that number one seeded teams aren’t making it past the group stage has some people saying that the competition is devalued.

Then I see individuals try to defend their actions or their region, by trying to attack other regions, claiming they had an easier group. What do these people say to that question in response? They bring up the power rankings.

It is in my utmost opinion that power rankings mean nothing and never have. Albus NoX Luna was ranked 16th in everyone’s rankings, yet what did they do? They made the last-eight, as well as contesting the ROX Tigers, everyone’s number one team, for the top seed in their group. Who could have expected that? So on that argument, forget power rankings, or rankings in general. This tournament has no need for rankings, but it has plenty of room for upsets.

A number of people that I have talked to who, including myself, had no hype or expectations for this Worlds have been blown out of the water. I came into this event uninterested, not hyped and I generally had no interest in the tournament at all.

Who’s going to win? “SKT or Koo” were the normal answers to that question. Who do we think is going to win now? “God knows… but probably still SKT” is the typical answer, depending on SKT’s success tonight.

Most likely, although I hope balance does not return. Worlds has been more fun for the unexpected factors and I definitely welcome this new “league of upsets.”

Thanks for reading. My name is Adam Newell and this is the second article of a new series called “Monkey’s Musings.” Let me know what you think, if it’s something you would like to see more of, and which esports scene or game you would like me to look at next week.

Have you enjoyed Worlds 2016 so far? Let us know by commenting below or tweeting us @GAMURScom.