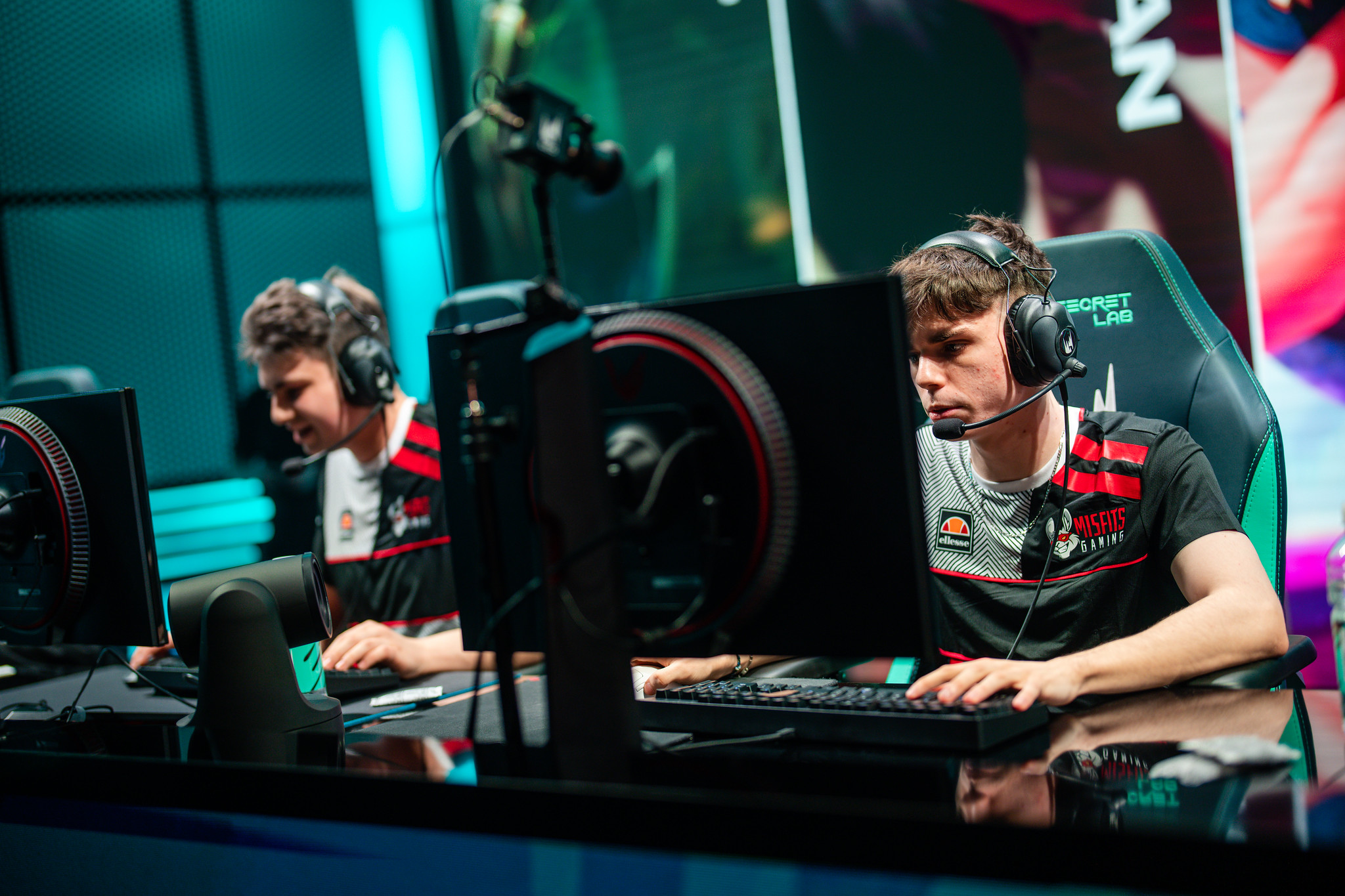 Misfits started week six of the 2022 LEC Spring Split with a victory over Excel today, bringing the team into a third-place tie alongside Fnatic.

Though the match seemed stable in both kills and dragons for both sides of the Rift, it was the advantage in objectives that handed Misfits a massive gold lead that they maintained throughout the game.

This game marked the first time that Tryndamere has been picked in Europe, including both the days of the EU LCS and current LEC. Nisqy, Fnatic’s former mid laner, opted to play this champion at last year’s Worlds, but never during the regular season. Finn piloted this pick as a response to HiRit’s Graves in an attempt to ruin his early game by spinning at him while using Ghost. HiRit luckily had a dash to answer Finn each time, allowing him to purchase a Hullbreaker within 10 minutes and splitpush to his heart’s desire.

Excel’s shenanigans in this game continued with Mikyx opting for Hail of Blades on Tahm Kench, focusing on a much more aggressive and quick playstyle for the support player. This keystone afforded Mikyx lots of agency in the early game, easily engaging on the opposition with W and following up with ADC-esque attack speed on his auto attacks. Unfortunately for Excel, this early-focused Tahm Kench build made him little more than a giant meat shield to whittle down.

Vetheo became the scariest player on the side of Misfits as kills and gold continued to be funneled into him. With Force of Nature and Frozen Heart successfully completed heading into the late game, his undefeated Ryze dealt massive damage to every member of Excel and he received very little from the biggest threats on the opposition. He ended the game having accumulated 17,500 gold, receiving the award for player of the game.

The sheer damage between HiRit and Vetheo was too much for Excel to feasibly break through Misfits’ defenses, resulting in Misfits carrying their massive gold lead all the way through the end of the game and winning their first match of the weekend. Misfits will look to continue climbing the LEC ladder tomorrow in their showdown with MAD Lions.