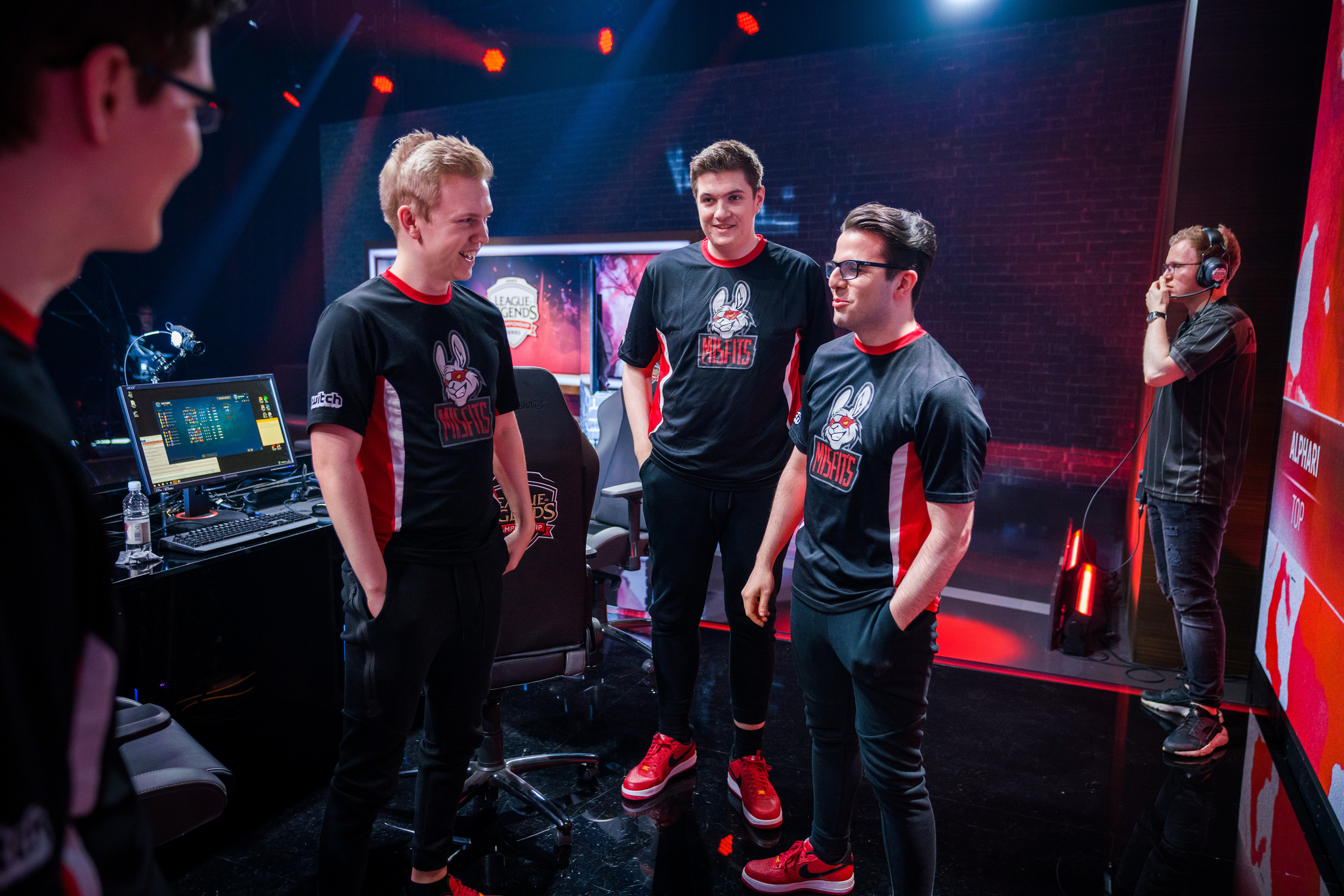 After two weeks of play in the EU LCS, the league has been plunged into chaos.

After a tumultuous offseason, mainstays like G2 and Fnatic are struggling. The only team that has maintained a semblance of order is Misfits, and they’ve surged to the top of the league table. The team, built around top laner Barney “Alphari” Morris and new mid laner Chres “Sencux” Laursen, is showing that continuity can triumph.

Few expected Misfits to seriously contend for a title last year, their first in the LCS. Now, they’re the favorites. We interviewed both solo laners to get a sense for the team’s direction and just how good they can be.

Misfits should know well how expectations can lie. After qualifying for the LCS more than a year ago, the team was supposed to go through some growing pains. The history of teams staying in the LCS after qualifying is not good. Ignoring expectations, Misfits took the EU LCS by storm, making the playoffs in their first split.

Then came the Worlds run. In the quarterfinals against defending champions SK Telecom T1, Misfits played like lions, running top lane ragged in a rare upset bid from a Western team. That they fell short didn’t matter—the expectation was that they would lose handily. As the team stepped away from their gaming sleds, they did so to raucous applause and cheers from an appreciative crowd for one final curtain call.

That series changed everything for the team. “There are higher expectations of us now this split compared to last year,” Alphari said. “That’s to be expected.” But expectations can be a dangerous thing. It can lead underestimated teams to show out, but also cripple favorites. Despite losing several players in the offseason, the core built around Alphari and jungler Nubar “Maxlore” Sarafian has become a favorite in EU, especially with G2 rebuilding as well.

The team’s biggest move in free agency was adding Sencux from Splyce. “I’m really excited for this new start and really motivated to play with this squad,” Sencux said. “After seeing Misfits’ performance last year, it was a pretty easy choice [to join the team].”

Sencux will be under a lot of pressure to deliver under heightened expectations after replacing departing All-Star Tristan “PowerOfEvil” Schrage. Some wondered if the team had downgraded in talent at mid lane. “There is some pressure taking over for PoE,” Sencux admitted. “He has a big fan base and had a good year. I have seen some people not liking the choice of bringing me in. I’m here to prove all those people wrong.

Alphari isn’t worried about the pressure of expectations for himself or his teammates. “I don’t find others having high expectations and goals of us to be a problem,” Alphari said. “My goal is for us to be the best team in Europe, which I believe is realistic and achievable.” The gauntlet has been thrown—Misfits are set to meet the heightened expectations head-on.

So far, things have gone well, at least after a befuddling opening loss to G2, long their nemesis in the region. “Against G2, we had a bit of a misread on the meta,” Sencux revealed. Alphari agreed: “[The] way we drafted according to our scrims failed to translate to playing on stage, where teams don’t just run it down in the early game against strong laners. That loss was slightly disappointing and unexpected.”

But since then, the team has gone on a tear, with Alphari and Sencux leading the way. More importantly, the team is communicating at a high level. A coordinated teleport play, a strength of last year’s team, led to Misfits’ first win. A great Baron fight led to their second. “Obviously we have two new members that we’re in the process of integrating fully,” Alphari noted. “There have been a few rocky moments, but we seem to be improving.”

A lot will depend on Sencux’s ability to stabilize his lane. Long criticized for favoring scaling picks that give up pressure in the early game, he is still vulnerable to bullies in the lane phase. But he’s eager to put that theory to rest. “I think the ‘meme’ was true to some extent back in 2016,” Sencux said. “But just looking at stats can be pretty misleading. In summer [of] last year, I did have better laning, especially in the playoffs and gauntlet.”

Meanwhile, Alphari will have to continue to carry while the team figures things out. The top lane talent pool in Europe is deep, but Alphari thinks he brings something special to Misfits. “I think something I do better than others is stay flexible,” he said. “[I’m] willing to play any champion, something I think restricts quite a few EU teams in draft and play style.”

Alphari has no doubt in his ability to star on the new and improved Misfits. “I’m very confident that as long as I practice enough, I’ll be better than everyone else,” he said. It’s been fun seeing him comfortable in that carry role this year. For better or worse, the team is his now. The weight of expectation is firmly on his shoulers.