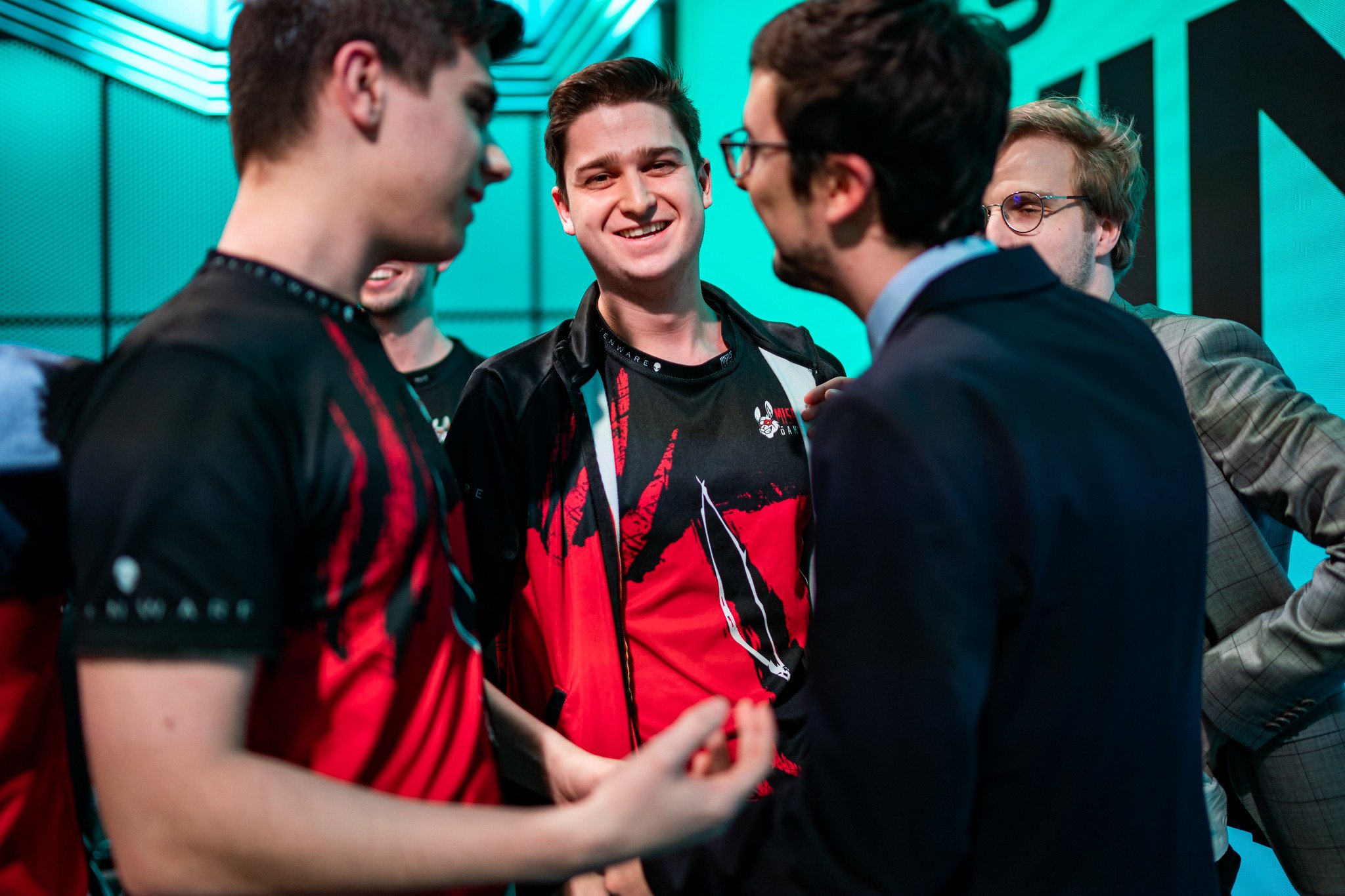 When Misfits Gaming announced its rookie-laden roster for the 2020 Spring Split, there were plenty of doubters in the League community. But the team might be picking up steam after an impressive win against Origen today.

In fact, only one analyst out of 10 predicted Misfits to take the match today due to Origen’s impressive record. Origen’s slow, controlled style of play has been extremely effective against other teams before, and against a team that had huge issues in week one, many fans thought this game wouldn’t be too close.

Behind wonderful play from jungler Iván “Razork” Díaz and support Petr “denyk” Haramach, Misfits were able to complete the improbable upset. Denyk had 11 assists and no deaths, while Razork helped enable his team with three early ganks ending in their favor.

Although they did have a huge hiccup later in the game when Elias “Upset” Lipp’s Aphelios turret stole the Baron buff at two HP, Misfits were still able to gather themselves to play a clean game. Their decision-making and teamfights were well coordinated, and they are now one of the hotter teams in the league.

Meanwhile, more problems keep cropping up for Origen. Their slow-paced gameplay has faltered for them in a couple of games, and it seems like they get overconfident in too many situations. They’ll need to find a way to bounce back when they face off against Excel Esports and MAD Lions next weekend.