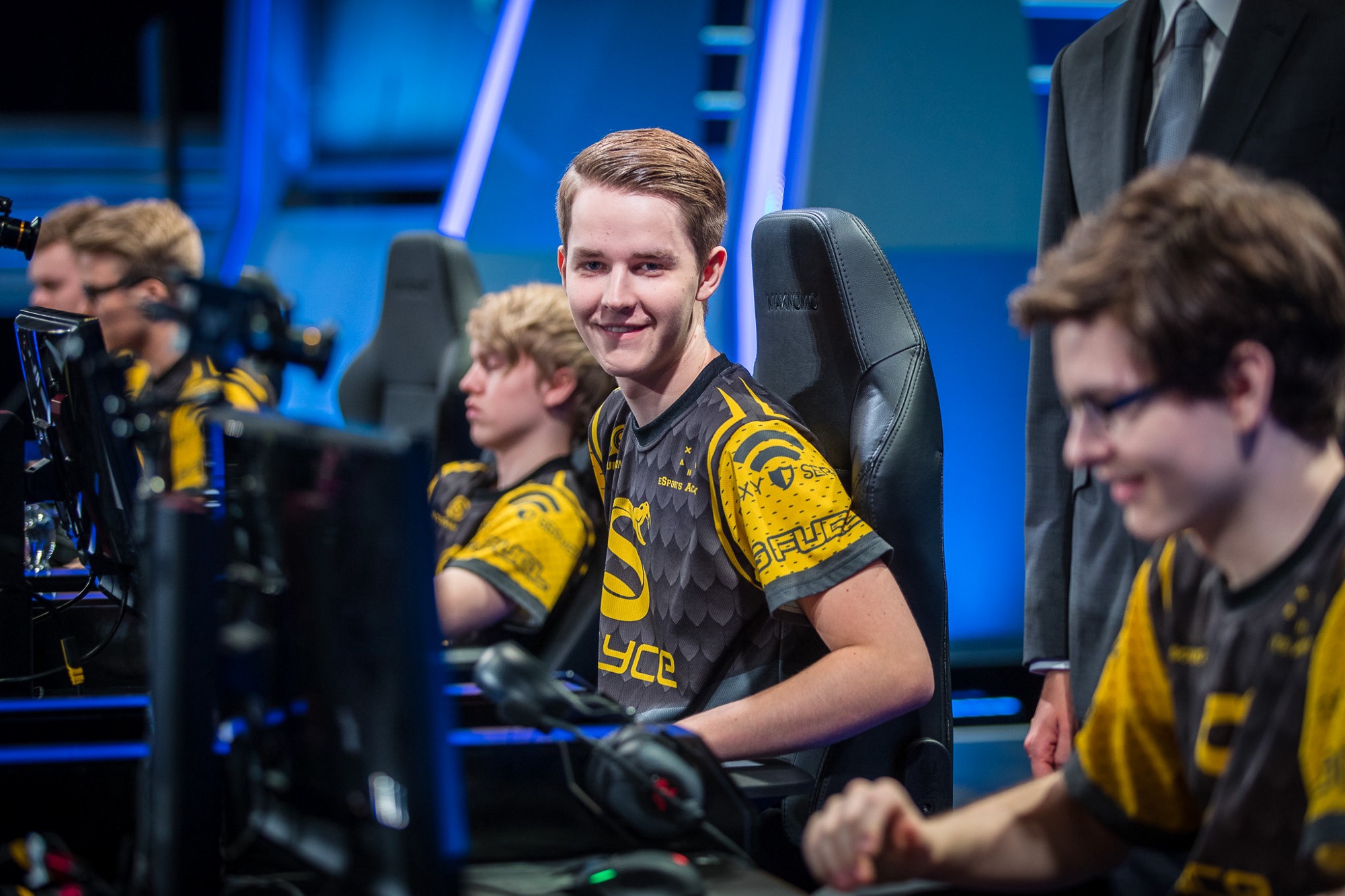 Just as it seemed that the team was set to go its separate ways, Splyce have managed to keep hold of two more of the players from their improbable Worlds run.

Kasper “Kobbe” Kobberup and Mihael “Mikyx” Mehle have joined Jonas “Trashy” Andersen in renewing their agreements with the team, and will compete for Splyce in the EU LCS for the 2017 season.

Mikyx had previously announced his intention to field offers after becoming a free agent, but yesterday revealed he had instead decided to remain with the North American organisation.

Mikyx joined Splyce in April after a period on the squad at Fnatic. Kobbe meanwhile has been with the team since its inception, having moved over from Team Dignitas EU when Splyce bought the LCS spot.

Splyce coach Jakob “YamatoCannon” Mebdi will also remain with the team next year, after taking the team to the World Championships.

After an improbable turnaround, from facing relegation in the Spring to reaching the World Championships in the Summer, Splyce will be looking to continue their progress next year. And they will now do so with the majority of their squad intact.