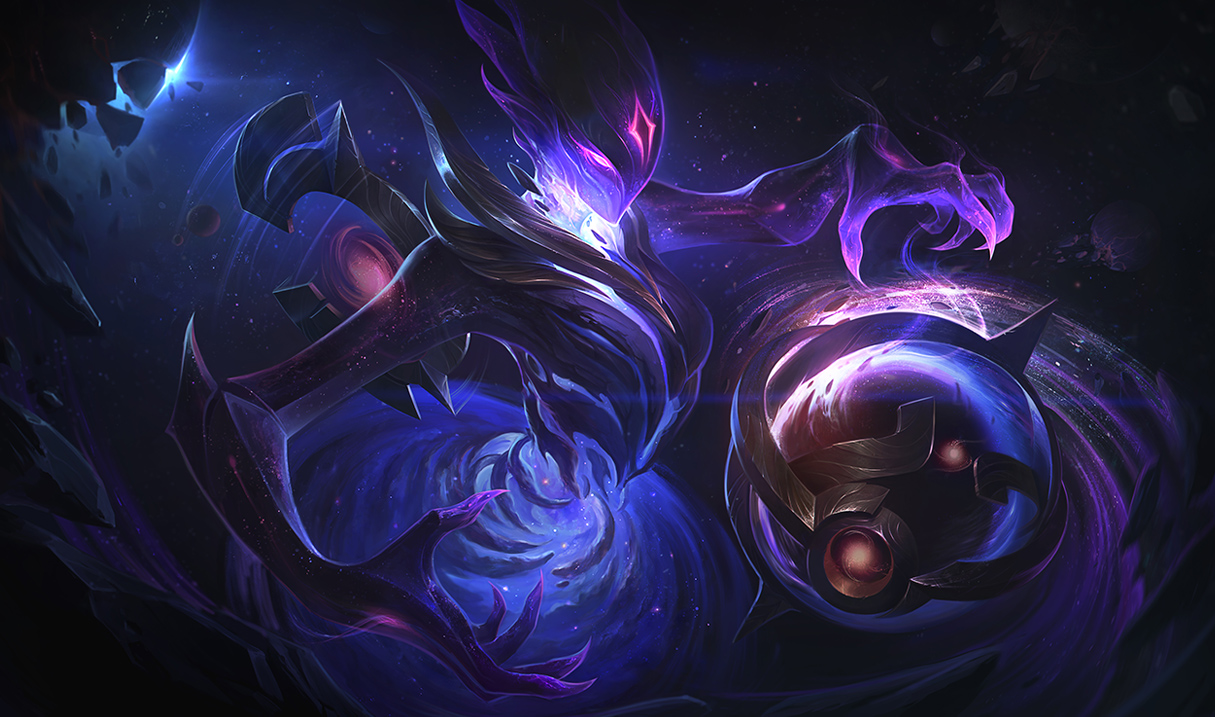 If you’ve played or watched any League of Legends in the past month or so, you almost definitely saw one of these mages in the mid lane—Taliyah, Orianna, Syndra, and LeBlanc. There isn’t a complicated reason involving the meta and specific items or anything that makes them so popular. The answer is far more simple.

Each of them has insane wave clear, which gives them the ability to push the lane and roam to slaughter other lanes, and their dueling potential and lane harass is high enough that they could just go for kills in their own lane if they wanted to. Because of that, it’s no wonder that each and every one of them has been dished out a hot plate of nerfs in the current build of the PBE.

We’ll start with LeBlanc. She’s one of the game’s best duelist mages, and she excels at outsmarting and outmaneuvering one baddie at a time until she’s whittled the enemy down into nothingness. For being such a great duelist, however, her ability to clear minion waves is absolutely ridiculous. Most other one-on-one mages in the game, like Ekko, Akali, and Fizz, simply cannot clear waves that fast, so even though they’re excellent roamers, they have to be careful with their minion waves. LeBlanc does not suffer from that weakness.

To fix this, Riot is taking a whack at her Shatter Orb. Rather than lowering its damage and hurting LeBlanc’s dueling potential, the minion damage alone is being lowered. Right now, the ability bounces to nearby Sigils of Malice and detonates them, but it’s only 80 percent effective towards minions. The nerf lowers its damage toward minions to 50 percent, which is obviously a huge nerf. LeBlanc will have a much more difficult time pushing her lane up to roam now, but this won’t affect her kill power at all, making her slightly more difficult, but not less effective if played correctly.

Orianna suffers a similar fate with distinct differences. She’s a control mage, so she’s supposed to be able to shred through waves of minions, but she also deals way too much single target damage to justify it. Rather than choosing which of those strengths to take down a few pegs, Riot is nerfing her across the board with a flat damage reduction.

Command: Dissonance is being nerfed by 20 damage at all ranks. This is the ability’s base damage, not its scaling damage, so the 20 won’t affect her much during the late game. The early game will be hurt pretty harshly from this, though, and it will affect both her ability to harass and clear minions until she builds up some serious AP.

Syndra is actually fairly balanced. She’s harder to play than most control mages, and she requires great positioning at pretty much all times to execute her stuns and combos properly—with one exception. Syndra’s ultimate is a braindead ability, especially when held up next to her other abilities that all have unique mechanics and physics backing them up. Syndra is the epitome of “Press R to kill,” and that’s why you can probably guess what her nerf on the PBE is targeting.

Unlike the other mages on this list, which have pretty strong presences throughout the entire game, Taliyah has a pretty weak early game, but she’s unstoppable once she gets moving into mid game. Her wave clear is incomparably fast, and the spammability on her Q, Threaded Volley, is downright terrifying. If its damage was reduced, though, her early game would be even more horrendous and her primary damage ability would be dropped, knocking her out of the meta. That being said, a damage nerf is off the table.

Instead of nerfing her power, Riot will be nerfing her coveted ability spam. The mana cost on her Q is being increased by 10 at all ranks, which means she’ll have to be a bit more careful with when she uses it. Admittedly, this hits her early game harder than it hits her late game, but it doesn’t touch her early damage at least—Taliyah players will just have to be more mana conscious when they try to trade damage or clear waves.

These nerfs are all set to arrive with Patch 7.16, which should be within the next two weeks if Riot’s normal schedule stands true. They shouldn’t knock these four out of the meta, but it will certainly open up the door for more mid lane options.