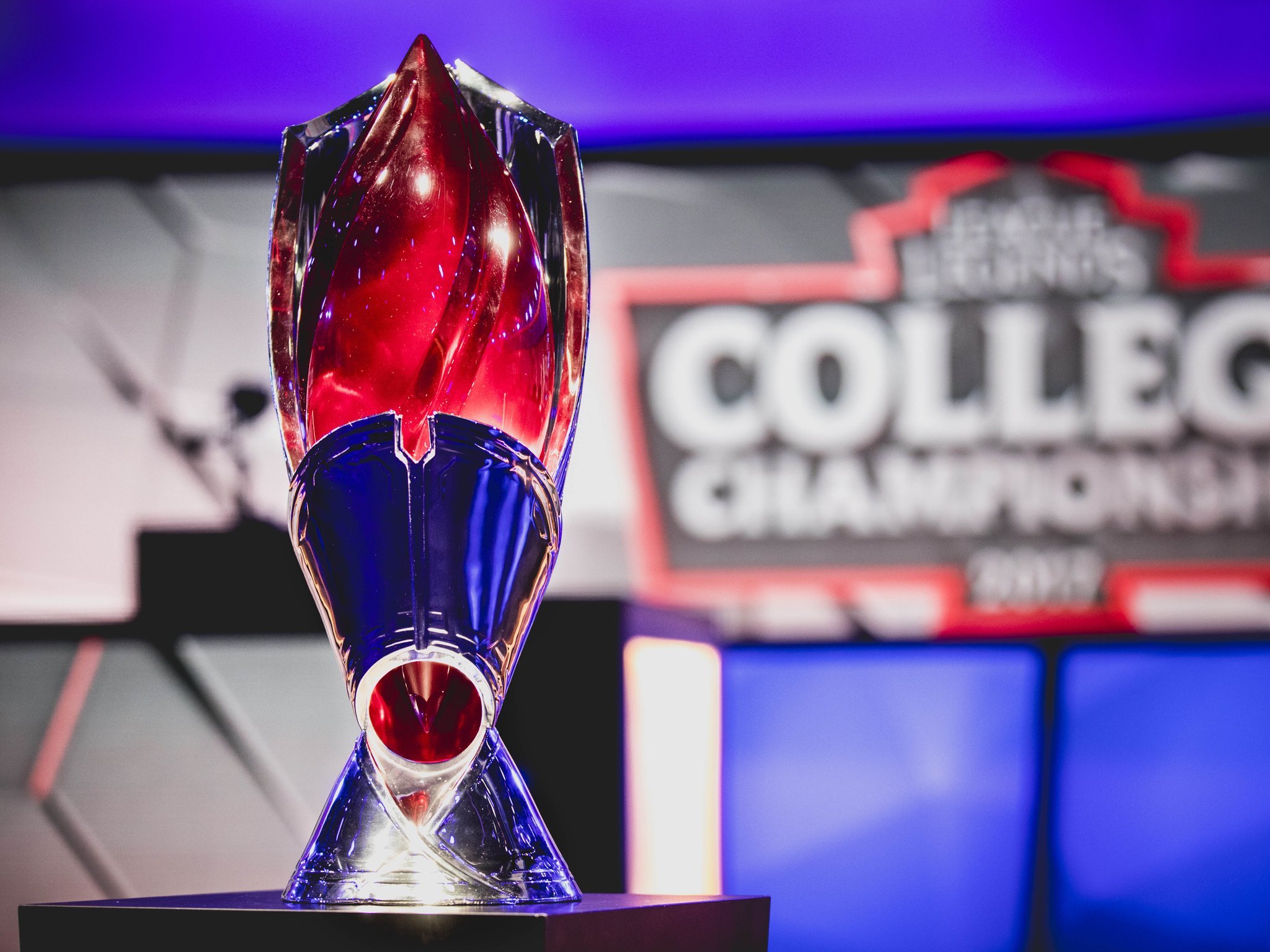 The University League of Legends championship is coming to America.

Maryville entered the day having eliminated Robert Morris University, one of the original universities to invest in esports, 3-0 in the semifinals. From the very first game, Maryville showed exactly why they’ve been so hard to beat. They drafted and executed three winning lanes, building CS leads all over the map.

With those leads, MU set up a patient splitpush that pulled Toronto around the map. For a while, they were in control of the game, but were unable to push into the Toronto base. That’s because Toronto drafted a supercharged protect-the-ADC team composition, with shields from multiple sources protecting Sang “Erry” Park. It helped that Erry was playing Kog’Maw, a hyper-scaling carry that can dominate late game teamfights.

Erry played well on the champion by crushing the late game. In key moments, Kog’Maw was untouchable, despite positioning near the frontline of fights. Maryville looked lost any time Toronto grouped, and were forced to cede key objectives like Baron for pressure elsewhere. Those decisions would be their undoing as a Toronto team with the Baron proved too difficult for Maryville to stop.

But Maryville came back in the next few games and fixed some of the mistakes in draft, item builds, and decision making. Also, they wisely chose not to abandon what had been working for them: strong lanes and pressure all across the map. They were also able to force Toronto’s ADC onto utility picks like Varus and took advantage with better scaling. MU came back to win games two and three, putting Toronto on the brink of elimination.

For a few minutes, it looked like Toronto was tilted. Maryville built a 5,000 gold lead in less than 15 minutes and looked to close the game out early. ADC Marko “Prototype” Sosnicki was again far ahead in farm, and top laner Tony “Saskio” Chau continued to dominate against UT freshman Alvin “Gaow Gaiy” Ngo.

But Toronto eventually fought back behind yet another protect-the-ADC comp, this time starring Twitch. Smart rotations made Maryville scramble as Toronto seized so much needed momentum. That was when Maryville jungler Cody “Walrus” Altman decided to take over. Playing Nidalee, a hyper-aggressive carry champion, he shut the door on Toronto with a Pentakill.

Maryville stabilized after that Pentakill, and they quickly regrouped inside UT’s base to end the game, seizing the 2017 ULoL Championship.

Maryville’s win could be a big boon to the collegiate esports scene. Not only did the university become the first American institution to win ULoL, it is also the first program with a scholarship esports program to claim a title. Development in collegiate esports has lagged behind that of the professional level, but recent growth has been rapid and Maryville’s win may inspire others to jump into the sport.

Correction: While Maryville is the first American team to win the ULoL series, the University of Washington won a title in the predecessor tournament, the NACC.