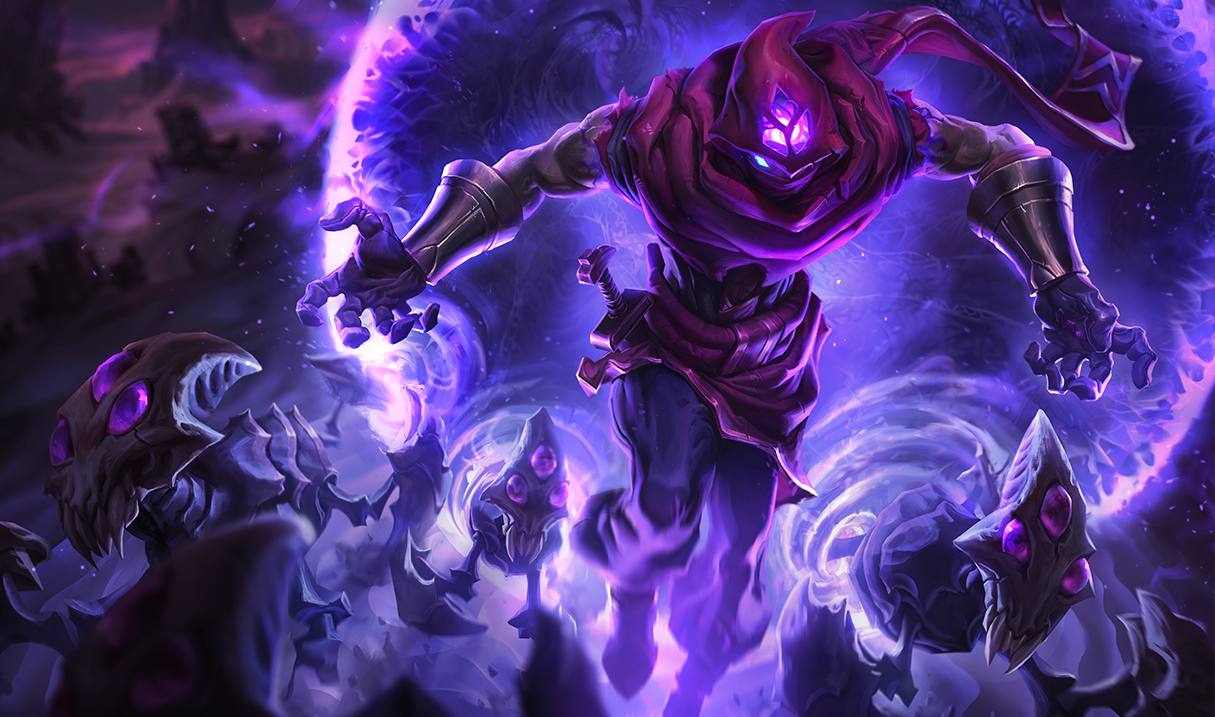 Malzahar’s rework is now on the PBE and boy, it’s exactly what the Void Prophet needs.

Following his rework last year, Malzahar has been a potent support pick, but his mid lane performance was crippled. Without the burst damage from his ultimate and reworked Voidlings, he couldn’t keep up in harass with mid lane opponents. At support however, he could swarm the lane with Voidlings to scare off pesky ADCs without having to worry about farming. When his ultimate came up, he would lock down a target, and the rest of his team would kill them, because he’d have a hard time doing it on his own.

Now, however, he’s going to do plenty of damage.

Call of the Void (Q)

This one is Malzahar’s silence, and it’s also why he’s such a pest to lane against. Actually, scratch that, all of Malzahar’s kit is annoying to lane against. This one is just the first one on the list. His Q will now cast faster, but there will be a small delay from when he casts to when it appears. Oh, and it deals more damage. The AP scaling is being bumped up from 70 to 80 percent.

If he were to deal more burst damage with his abilities, his Voidlings needed to be nerfed. In fact, they’re being completely redone—again. Rather than summoning one, followed by a bunch of others that appear as Malz attacks people, he will now gain stacks, with a maximum of two. Casting an ability adds another stack. When he casts the W, Voidlings spawn in accordance to his stacks. Two stacks equals two Voidlings at once.

Instead of three hit points, they will all have a standard health bar, just like champions. Their health will scale per level, capping out at 201. They will deal less damage now, but their auto attacks deal magic damage, which will make items like Liandry’s Torment and Rylai’s Crystal Scepter boost them. If a champion uses a basic attack on one, or its hit by a tower shot, the Voidling instantly dies.

This ability is getting a good ol’ fashioned buff, with AP ratio jumping up from 70 to 80 percent.

Malzahar’s ultimate ability is going to deal a ton of burst damage now. Rather than the “null zone” under the target dealing the only damage based on the target’s health, the beam itself will now deal damage as well. The zone’s damage is being lowered by about half to compensate. Don’t worry though, because the beam does so much damage that the nerf to the zone won’t matter.

The beam alone will deal damage scaling up to 375 as he ranks it up, as well as damage equal to 115 percent of Malzahar’s AP. That’s right, 115 percent. That means, at 250 AP, the total damage from the ultimate will be over 1,100 damage to a target with 2,000 health—if the entire enemy team is nearby.

If you said Malzahar didn’t deal any burst damage after this rework, you’d be lying, because that’s a ton of burst damage. These changes are set to take effect with Patch 7.11, which should be shipping in a couple of weeks.