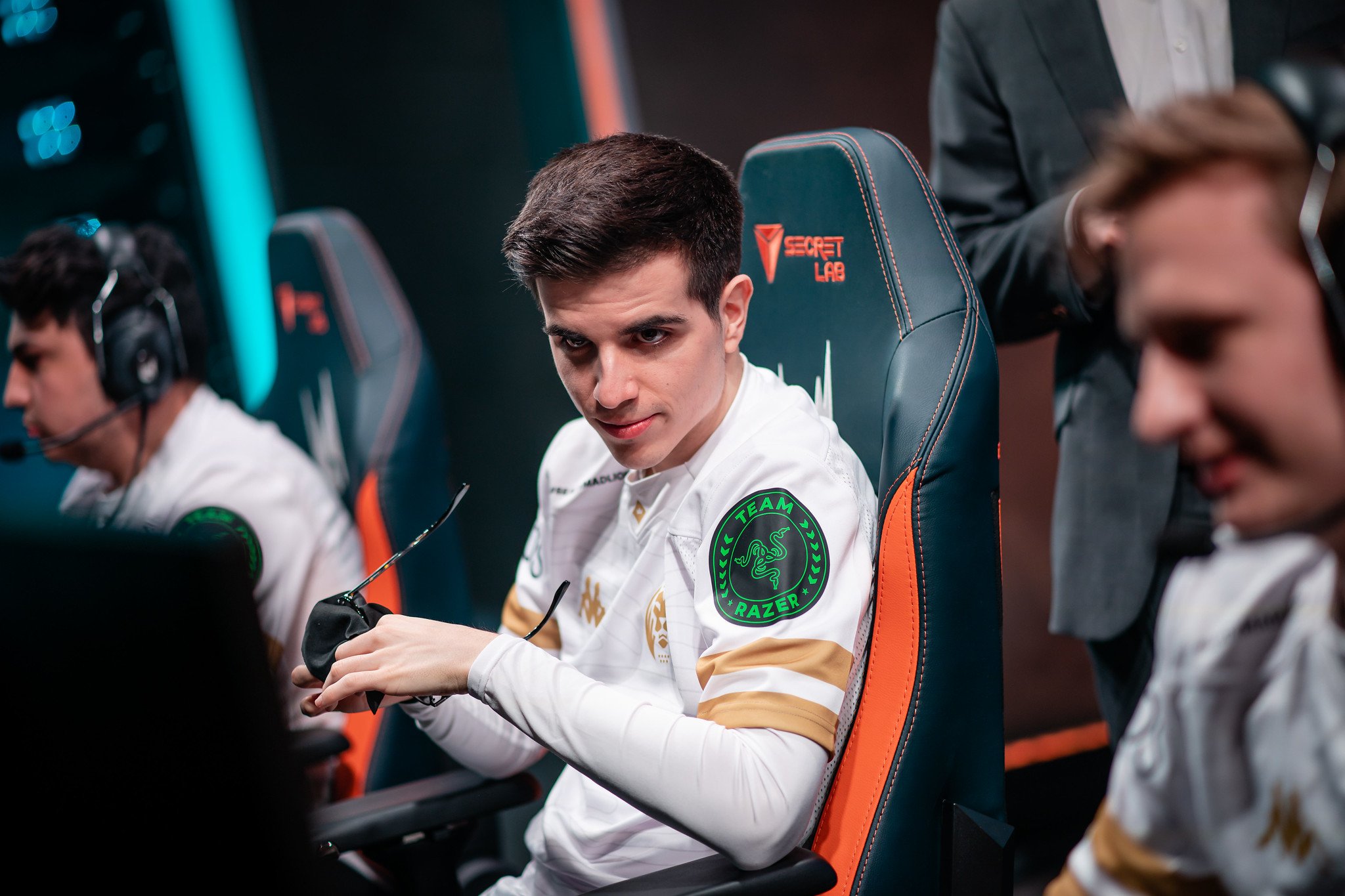 After four of the most exciting League of Legends games we’ve seen this postseason, MAD Lions have pulled off a major upset against Rogue to remain in the upper bracket of the 2021 LEC Spring Split playoffs.

Throughout both of their seasons, MAD Lions and Rogue became known for opposite styles of play. The former are known for leaning into the chaos of constant skirmishes and teamfighting, while the latter are more known for controlling the pace of the game.

In the first game, it was clear MAD Lions were feeling a bit of pressure from the bright lights of the studio stage, and they lost in a decisive 29-minute match. Even the team’s budding star jungler Elyoya said he was “scared of doing plays” in the beginning of the series because he was afraid of making mistakes.

After that game, however, he and the rest of the team realized they wouldn’t be able to win if they were too hesitant to pull the trigger on their plays. As a result, they started to get more and more aggressive as the series went on, which yielded better results.

With MAD Lions’ fiery support Kaiser leading the way with some of the best Alistar play we’ve seen this postseason, the team bulldozed through the following two games. In the fourth and final game, however, Rogue had a 5,000-gold lead by 15 minutes, with Hans sama picking up a triple kill only eight minutes in.

It seemed like “Silver Scrapes” was headed our way, but even with the huge deficit, MAD Lions continued to push forward to find plays. Eventually, the team overwhelmed Rogue with their willingness to fight and outplayed their opponents at almost every turn from 25 minutes onward.

With this victory, MAD Lions will now move on in the upper bracket to face off against G2 Esports next weekend. Both of these teams love to skirmish, so it’ll ultimately come down to which team is better in the individual teamfights.

On the other side of the Rift, Rogue will have to claw their way back to the 2021 LEC Spring Finals through the lower bracket. Their opponent will be the winner of the Fnatic vs. Schalke 04 matchup, which should be quite spicy as well.

Catch all the LEC action when the playoffs return next week.