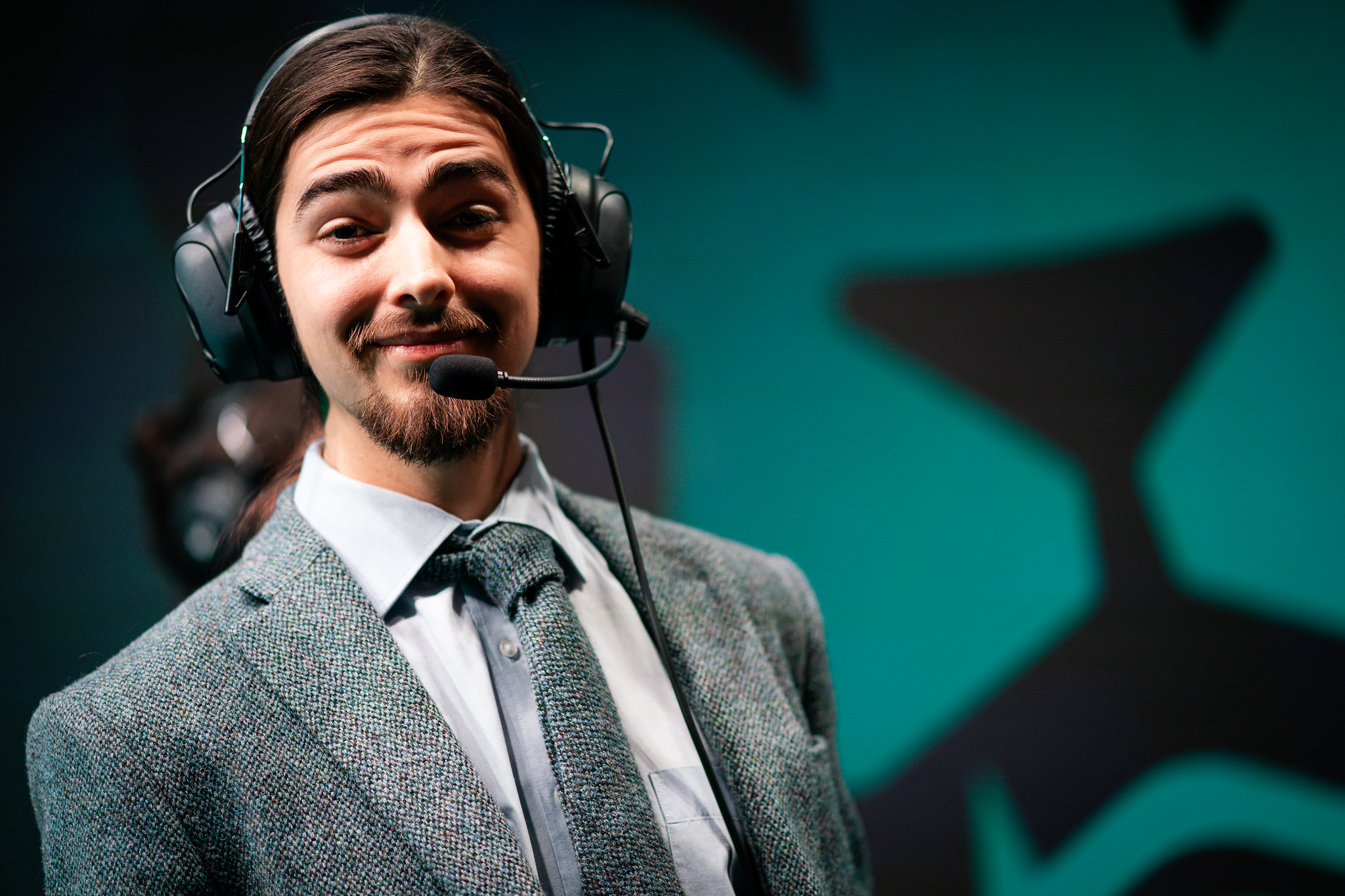 After MAD Lions’ run of dominance in 2020 ended in tears with their elimination from the play-in stage of the League of Legends World Championship, many fans were left wondering if the organization had hit its peak. The team’s unique drafting style and domestic dominance fell short of the international performance they had hoped for and the organization was sent packing as the first European team to be eliminated before the start of the main event’s group stage.

The 2020 offseason saw the team let go of its top laner and jungler to bring in more rookie talent—and this is the year MAD’s infamous rookie scouting techniques will be put to the test. Although they’ve gotten off to a shaky start in the 2021 LEC Spring Split, this roster is beginning to show glimpses of the excellence that took the organization to Worlds only a year ago.

Coach Mac talked with Dot Esports after their victory against Vitality last weekend, revealing that the organization’s roster moves were made to try to cope with the team’s lack of flexibility. While they began 2020 with unique picks like the infamous Senna/Wukong bot lane, he explained that after “a whole split of watching” MAD’s games, teams like G2 and Fnatic knew exactly how to back the roster into a corner in the draft phase.

“Now, we have players willing to play the supportive role: Armut can play tanks, Elyoya can play the dog junglers.” Mac told Dot Esports. “Elyoya did an interview right when he joined, and he was like you know what? If I end up eating seven Sejuani games in a row, that’s what happens.”

The flexibility of this new roster was displayed in their victory against Vitality, where bot laner Carzzy played Seraphine ADC to enable MAD’s top laner and jungler to carry through their respective roles. Mac said Seraphine’s strength comes in buffing up tanky targets with a lot of self-healing, particularly those who aim to run into the enemy team because of their ability to extend the range of her ultimate.

Despite being strong in individual compositions, Mac said the conditions for the pick are “very narrow.” The team apparently had few opportunities in scrims to test it out because of the high ban presence of Pantheon and Olaf, the two ideal companions for a double-support bot lane. Olaf getting through the ban phase against Vitality was the perfect opportunity to give the pick a spin and MAD managed to showcase just how terrifying a buffed-up Olaf can be when he’s running straight into the middle of the enemy team.

“She’s so great with tanky targets with the ability to go forward because her ult bounces off her teammates and ends up going a million miles,” Mac said. A million-mile-per-hour Elyoya is a fairly terrifying thing and one that’s been made possible by MAD’s offseason moves to disperse their power evenly across the map.

If MAD’s greatest asset is their flexibility, then their lack of experience could potentially be their greatest weakness. Their most veteran player, mid laner Humanoid, made his competitive debut at the beginning of 2018, meaning that MAD are one of the rosters with the least amount of competitive experience in a major region. Rosters tend to look to their older players as the stabilizing voice in the team’s in-game communication and the loss of that voice can become apparent in a team’s gameplay. Fans need only look to Fnatic’s shaky first games without Rekkles to see how difficult it can be to play without a calming force in team comms.

But according to Mac, this “stabilizing voice” is often not actually as useful as some might expect and the necessity for it is much more dependent on team dynamic than a one-size-fits-all approach. He said his “personal philosophy” around League is a fast-paced one but he also accepted that “there are definitely times when we for sure need that calming voice.”

The job of mediating team comms invariably comes down to Humanoid as the roster’s oldest and most experienced player and the person with by far the lowest-variance and “safest” playstyle. Harking back to MAD’s 2020 run, he was the Ryze player who hoovered up resources across the map only to unleash his damage in teamfights—a reliable playstyle that gave MAD the security of a few blunders in the early game.

According to Mac, it was Humanoid who dictated a lot of the team’s map movement in 2020, looking to maximize his resources to provide the late-game insurance MAD so desperately needed. Although he was never the team’s “official shotcaller,” he had a large say in how the team operated across the Rift in their 2020 games.

But the youth of this year’s MAD Lions lineup means that there’s no “power imbalance” between the players. Jokes about the team’s official captain aside, the team has an open, decentralized communication system in-game that, unusually for a competitive League team, doesn’t rely on one single shotcaller. Kaiser and Humanoid are the “stone-cold killer type personalities” who keep the team’s rowdier players in check, but Mac says that MAD’s communication and shotcalling is always a team effort.

“It can be easier to work with rookie players in some ways and harder in others,” Mac said of his personal coaching philosophies. “They need a lot more reassurance and confidence, and they need someone who can give them a boost in those regards.”

In his career, Mac’s been a coach who’s prioritized working with young players. He said that although veterans tend to be more self-sufficient, they also tend to be “much more stuck in their own habits.”

MAD are a team with a lot of personalities and nothing showcased that better than their creative victory poses from the 2020 Summer Split. It’s been all quiet in regard to the return of those poses for 2021, but Mac revealed that a comeback may be in the works.

“For the first time the other day there was talk of it in the team house” he said, although he quickly followed with the caveat that it’s a lot of work for the players to come up with a different celebration every week.

MAD’s next game will be against Rogue on Feb. 12. If there’s anything that would merit the return of these victory celebrations, it’d be beating the current No.1 team in the LEC standings.