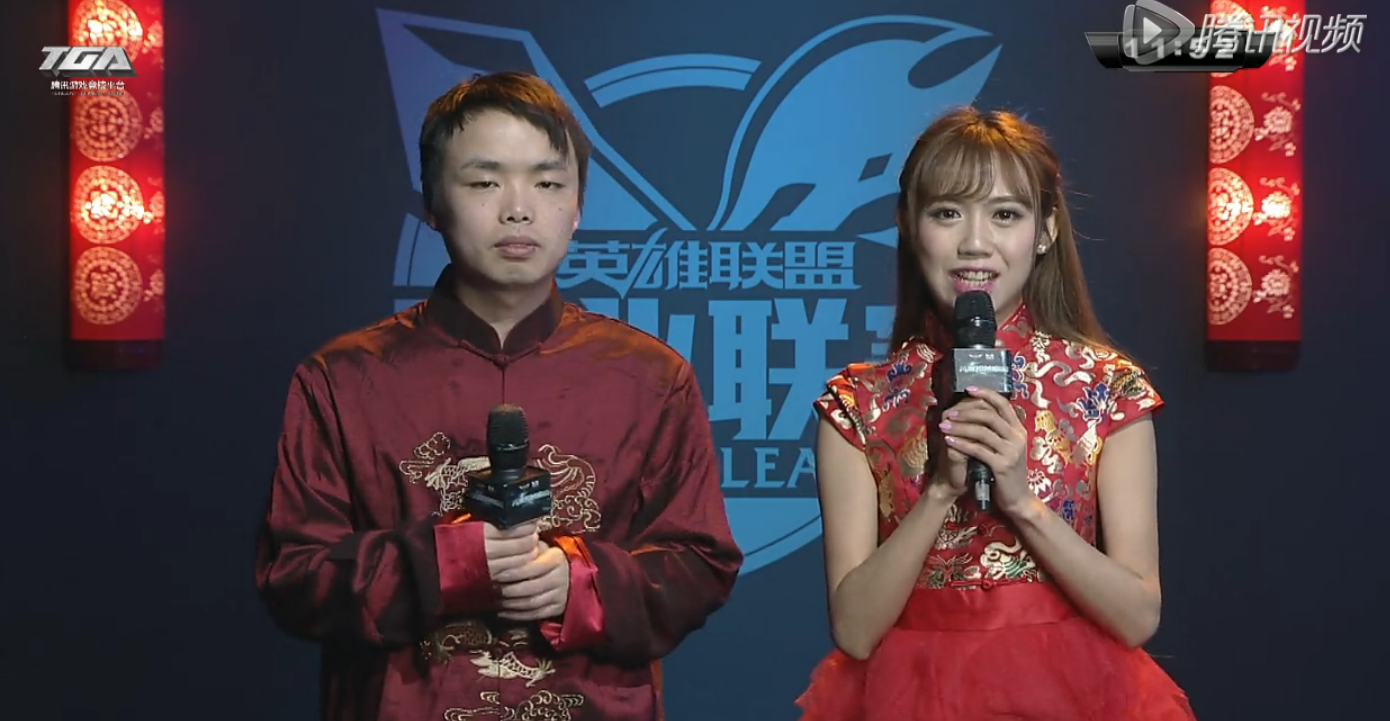 Welcome back to League of Legends Spring 2015 Championship! I’m Baobao and we’ll be interviewing the winner of the last match, M3’s support, Lovecd! Hello~

We saw you play two games of Thresh. What was your thought process going into these two games playing him?

Lovecd: I felt like I needed a champion with the ability to initiate fights and contribute in team fights in order to help my team secure the win.

A champion with a lot of crowd control, right?

The LPL is already in its fifth week. What do you think about your synergy with your ADC?

Lovecd: It’s not bad. Our synergy is already getting there. But we need more practice in lane in order to improve our synergy together.

Do you scrim a lot?

Lovecd: Actually, we scrim from morning to night.

Wow, that’s really intense. So what you’re saying is you’ll organize scrims with other teams that also play in the LPL, right?

Lovecd: That’s right. Or we’ll also organize scrims with some Korean teams as well. Right now, our team is in the middle of the pack. That means we need a lot of practice in order to improve.

As a whole, M3’s performance has been pretty remarkable. What were your goals when you first entered the LPL?

I’m sure every player has the dream of achieving the championship title. Some of our players are a bit more modest about it and might say, “Ah, if we have a good enough record to stay in the LPL, I’ll be fine with that.” But I’m sure everyone wants the highest rank. I feel like, as a support, you’ve been very consistent. And I know that you’ve played other games professionally before. Why did you decide to choose League of Legends?

Lovecd: I’ve always been more interested in games that involve teamwork. At the time, the game I chose didn’t develop as economically well in China (Starcraft & Warcraft). So I wanted to take advantage of the time I had to be a professional player. I chose to switch to a different game and with hard work, I hope that I can validate myself as a player.

I really admire a player like you. You’ve remained persistent on your journey and you’ve never let go of your dream. Work hard next year, since this’ll be your last game in the year of the Horse. Why don’t you wish everyone a happy early new year?

You’re also wearing some very fashionable traditional clothing. We hope that you will spend the time relaxing to make some changes so that M3 can perform better and better!

Thank you for interviewing with us, Lovecd!