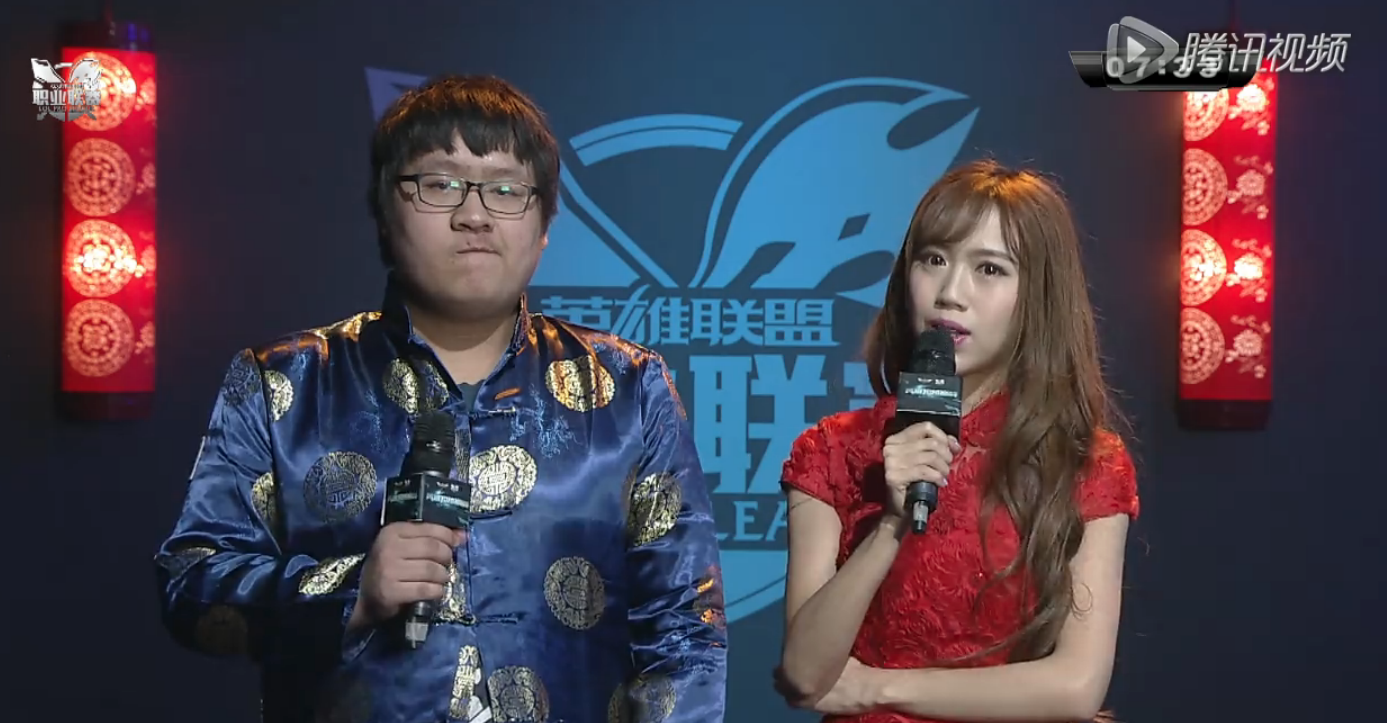 Congratulations to iG for their 2-0 victory over Star Horn Royal Club! Today, we’ll be interviewing their ADC, Kid. Hi!

Your quadrakill was amazing. What made you choose Ezreal in both games? It seems like he’s the champion you’re known for nowadays.

Kid: In the first game, I wanted to try out using Ezreal against Corki. When I play this match-up normally, I don’t feel like the pressure is that big. So I just decided to try it out for a game.

And you probably felt like the results weren’t too bad!

Kid: Yeah, I felt pretty good. So I continued using him in the second game.

In this patch, do you think Ezreal is a strong choice right now?

Kid: Not really. But the main thing about Ezreal is that he’s hard to kill in team fights, and he’s able to put out mixed damage.

I feel like you’ve brought him back, though! You played pretty well with him. After winning your first game, your manager was pretty anxious in the interview. He said: “Hopefully, they won’t lose after my interview.” But I feel like this was a little much – you performed excellently today! If you had to choose a MVP today, who would it be?

Pokemon? Why did you choose him?

Kid: Because he didn’t make any big mistakes today, for once.

Yesterday, you managed to tie 1-1. Did you have a team meeting afterwards?

Kid: Yes we did. We had a small meeting.

Your manager also stated that you have three matches in three days this week! It must’ve been challenging on your mentality and play. Do you feel like the pressure is bigger?

Kid: It’s not bad. We just pretend it’s like scrims.

So this way, you can end the Year of the Horse with satisfied, right?

Let’s cheer for iG and cheer for Kid! We hope you stabilize your mentalities and play hard tomorrow!