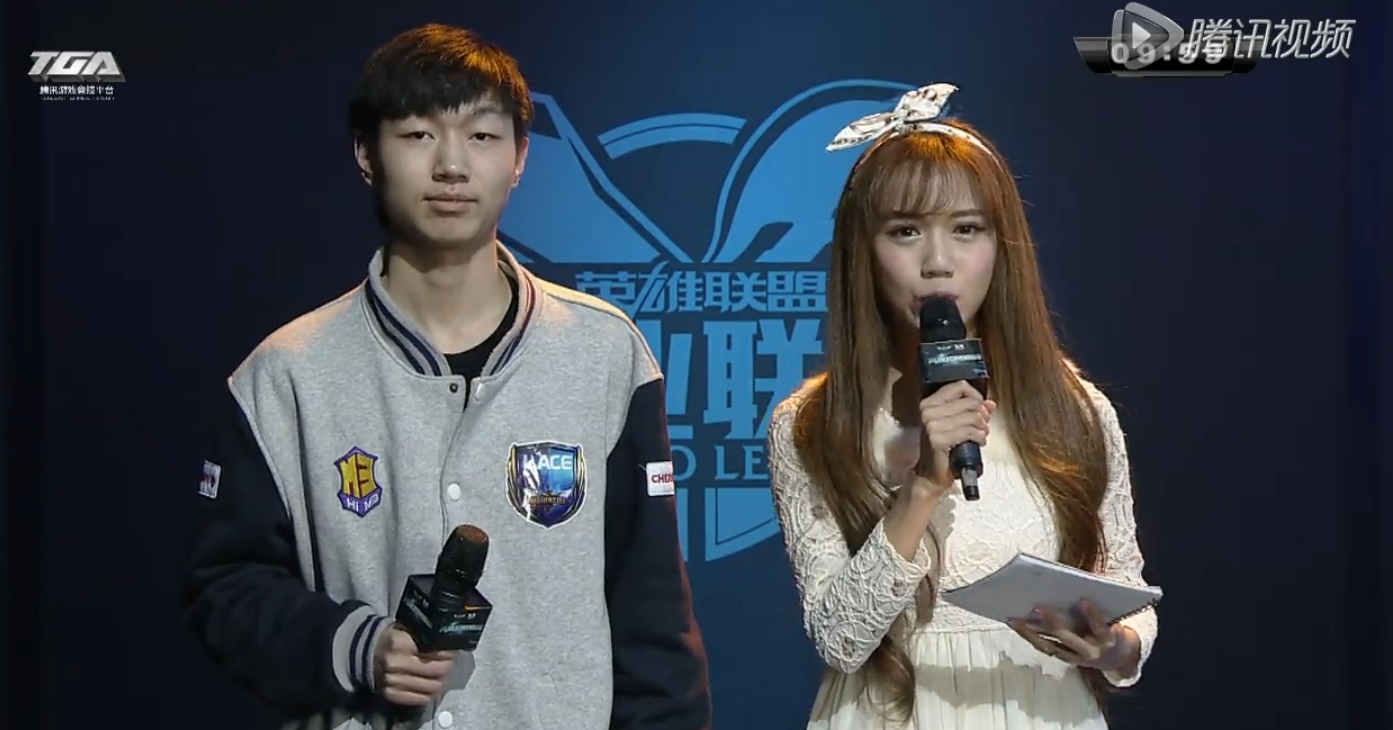 Congratulations to M3 for bringing back a game! We’ll be interviewing M3’s new jungler. Could you introduce yourself?

How long have you been with M3?

Condi: I’ve been with them for around 2 weeks, probably. But I didn’t compete in the first week.

I thought you were going to say 2 years but you ended up saying 2 weeks! Wow. How do you feel about your team synergy with your teammates right now?

I have two questions from our friends online. The first question is: How is your team synergy and who is your favorite jungle champion?

Condi: For ranked, I like Lee Sin. But for competition, I like to use Rek’Sai and Jarvan.

Any reason why do you like to play Lee Sin in ranked?

And do you play him well?

And why do you prefer Rek’Sai and Jarvan in competitive games?

Condi: Because Rek’Sai is good at clearing jungle camps. She’s also very good at providing assistance. For Jarvan, his ultimate is good at destroying champions like Xerath. If Xerath doesn’t have flash up, I can just ulti over and guarantee myself a kill.

Condi: Yeah, especially when you’re trying to catch someone.

Our next question is: do you feel a lot of pressure being the new jungler for M3? Do you scrutinize your performance a lot more?

Condi: My teammates and coach told me not to be nervous so I just tried to play as I normally would. I did pretty well in my first game.

Could you give yourself a rating?

Condi: I feel like… I haven’t even passed the test, to be honest.

Wow, you’re being so modest.

Condi: Even though I got a lot of kills in the first game, I didn’t feel like I made a huge impact on the game. In the second games, some of the team fights were poorly executed, especially when we fought for dragon and tried to control it.

You’re a new player so you seem more modest! We hope that you can improve and play better and better down the line.