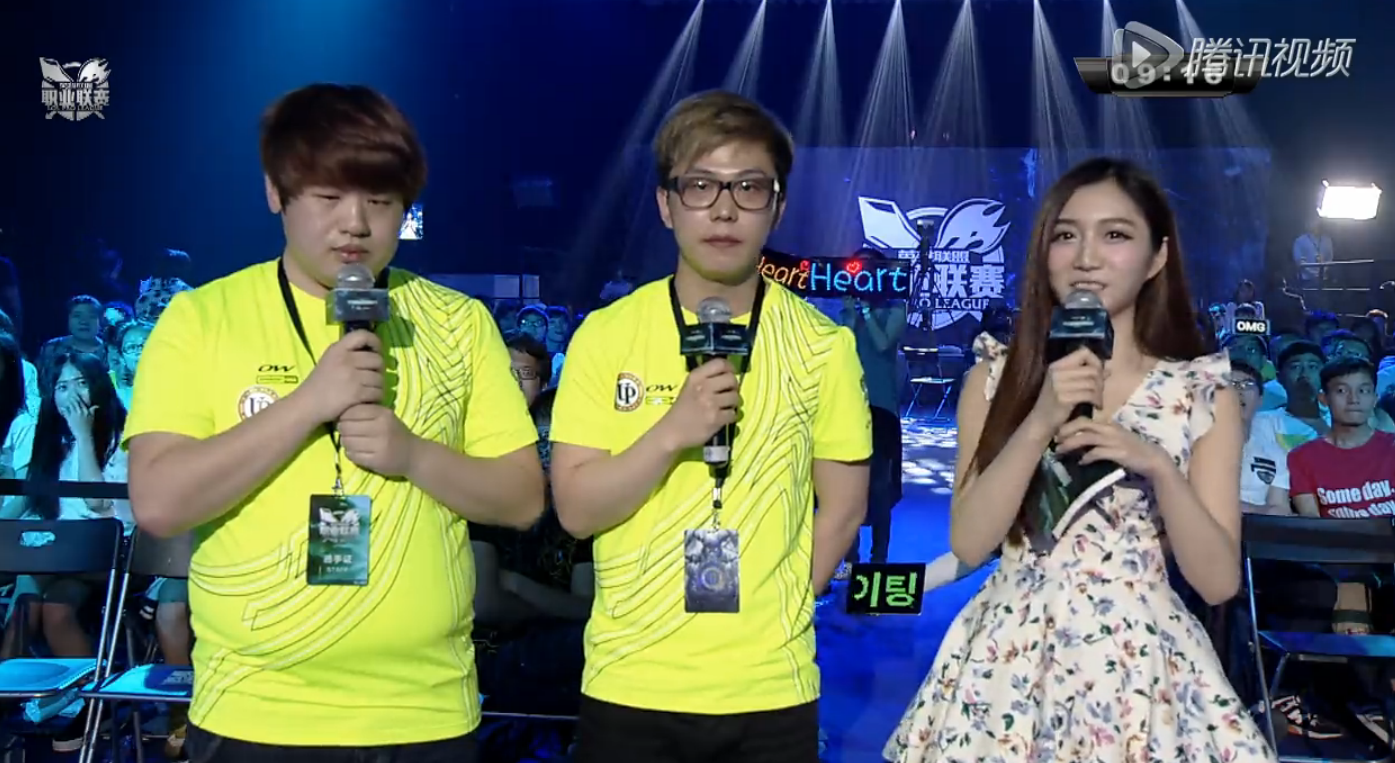 NOTE: I’m translating what the Korean/Chinese translator is saying so some things may or may not be lost in translation.

Why don’t you say hi to everyone first?

Even though UP is a new team in the LPL, we’re not unfamiliar with the players on the team. We saw a great performance in game 2 today. Heart actually played in the LSPL and slowly came to qualify for the LPL. So how do you feel playing in the LPL arena?

Heart: Within the old Samsung team, I’m a split late coming into the LPL but I learned a lot of useful things in my one split in the LSPL. I feel like I’ve learned to love the game more. So even though I’m one split behind my old Samsung teammates, I have even more drive right now.

In the last game, the team really focused on Kassadin, especially the bot lane. Was this a tactic you set up beforehand?

Heart: It wasn’t something we really planned out beforehand. But in our scrims, when we encountered team compositions like such, we’ve had experience with it.

We know you were Deft’s support once upon a time so you’ll eventually run into the bot lane duo of Deft and Meiko in the LPL at some point. How do you think you’ll do?

Heart: We haven’t played each other in a while but I think we have a 50% chance of winning and 50% chance of losing. I’m very familiar with Deft so there’ll definitely be some competition between us.

Do you have anything to say to your Chinese fans?