Recently, Dignitas EU, Team Dignitas’s EU Challenger Series team decided to forfeit their playoff spot after it was found that two of their players, mid laner Chres “Sencux” Laursen and top laner Martin “Wunderwear” Hansen, were not able to play in the EUCS playoffs. According to Section 1.1 of the official Challenger Series ruleset, players must be 17 years of age by the start of the next LCS split to able to play in the playoffs; a requirement not fulfilled by the players of Dignitas EU. The team opted out from using their substitute players due to their unavailability and have to re-qualify for the Challenger Scene next split alongside Mousesports in the upcoming Challenger Series qualifiers.

This brings up one question; why would Riot allow underage players to play on these teams and earn playoff spots, but not to play in the actual playoffs? In the competitive ruling for Dignitas EU published on LoL Esports, Riot gives their own reason for this, stating, “in order to ensure that teams coming to LCS have rosters that earned their way in, we mandate that all players participating in a direct qualifier be fully eligible for the competition they are qualifying for.” This ruling is quite reasonable. Teams do not  want to have rosters that are unable to play LCS in it’s entirety, causing them to have to get new players and alter their competitiveness in the league. 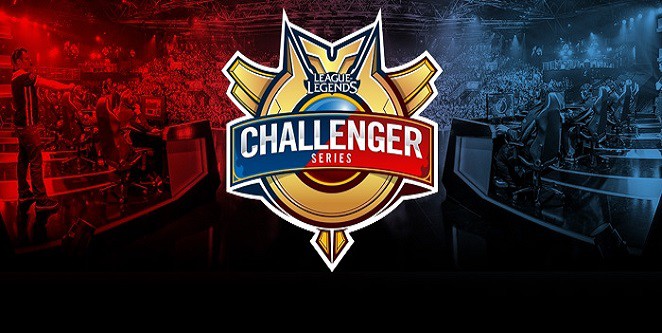 Even with that mindset, if players have earned their spot to play in playoffs and are CS eligible, they should be able to play regardless. This conflicting rule can push away young talent from even bothering to play at all. They can show their talents in the regular season, but not gain experience in playing best of 3s and best of 5s? It, as a whole, makes little sense. At this point, it would be better to modify the rule to make it so that only underage players who turn 17 by or before the start of the LCS can only play in the Challenger Scene. That would make it so that teams could not pick players not eligible to play in the LCS, and have to play with the sub handicap; a sensible solution overall.

However, this goes against Riot’s vision for the Challenger Series. In the same competitive ruling, they state that “eligibility to compete in Challenger is less strict than in the LCS. For example, players can be younger than 17 and don’t need to be work eligible in the region of competition, which allows many young, aspiring LCS players to flex their skills.”  Riot wants the players to participate in the Challenger Series and grow their talent, but the way that the rules are currently implemented makes it difficult for this reasoning to be fulfilled.

This leads to a second question; why not lift the age ban of the LCS, which in turn would invalidate the rule? Sadly or happily, depending on who you ask, that is not so simple. One issue is that Riot’s belief that 17 is an appropriate age for a player to operate on an adult level and commit most of their time and effort to their team. To solidify this thinking, Riot implemented the age requirements over all the regions. Secondly, there is often the issue of schooling and the typical script of students going to and completing high school in some manner around the age of 17 or 18. For example, players like Pobelter, Goldenglue, and currently Altec have dealt with or are dealing with going to school alongside playing LCS, a decently heavy weekly commitment. For 16 year olds, being in school or dropping out will have higher implications on the player’s future or cause more restrictions on their team. While it might not be as serious of a problem for many challenger talents, as they can play from home, they are competing for a spot in the LCS, where this does matter. Therefore, this type of solution is hard to agree with.

In this particular situation, the fault is not with Riot, since Dignitas EU knew about their underage players, yet did not read the rules and made the assumption that they would be allowed to play, according to Dig EU’s jungler Ram “Brokenshard” Djemal on Episode 19 of the Richard Lewis-hosted show “First Blood.”  Having this rule in general, however, makes it tougher for younger talent to improve further and get more experience if they are allowed to play on teams, but are denied playoff participation. There is no fully correct implementation that will solve the overall problem and satisfy all angle. In the end, this issue is one to consider if we as a scene want to grow stronger over the next few years.