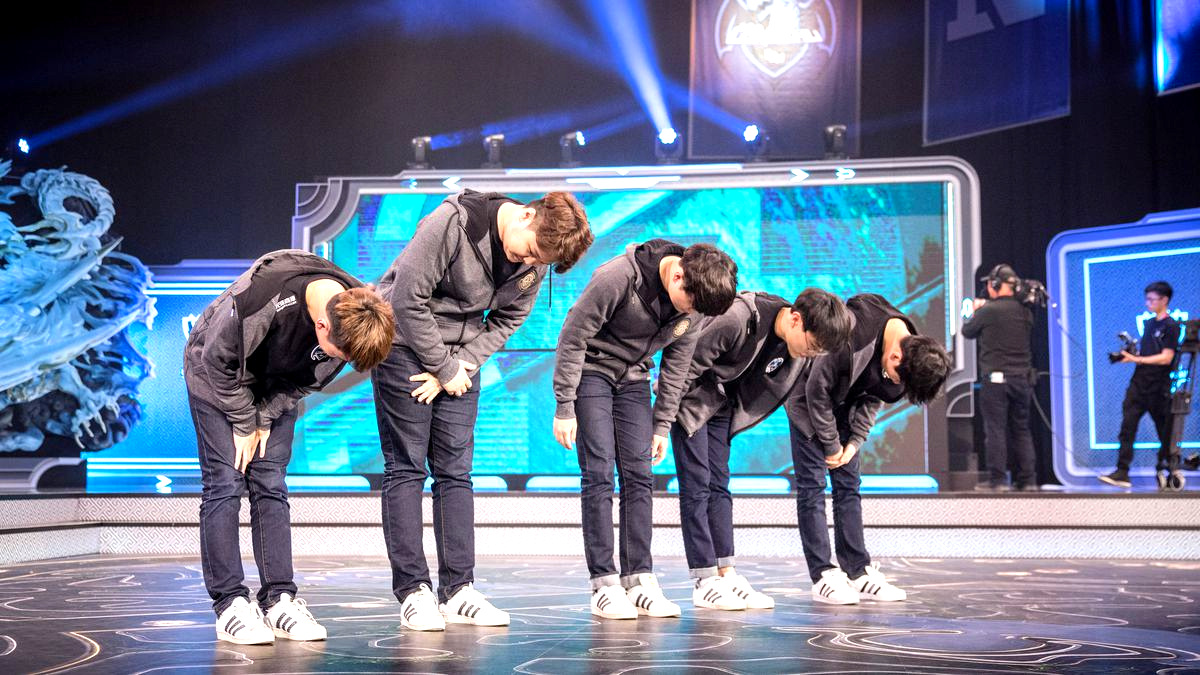 Longzhu Gaming destroyed Fnatic in quick fashion to end week one of the Worlds group stage with a perfect 3-0 record.

Longzhu channeled their inner GIGABYTE Marines and locked in a surprising Nasus pick against Fnatic, who has yet to pick up a single win in groups.

The Nasus pick forced Fnatic’s hands in the match. With the infinite scaling the Nasus could offer, Fnatic needed to finish off the game quickly if they had any hopes of a shocking win over Korea’s No. 1 seed.

Fnatic failed to do anything in the opening 10 minutes, choosing to farm against their opponents and give the Nasus and Longzhu the time they needed. Longzhu used this to their advantage to slowly chip away at objectives, picking up the first tower and dragon of the game.

Fnatic constantly tried to find something across the map—a fight, an objective, something that would give them an edge—but they failed to really grab anything as Longzhu’s Nasus splitpushed his way closer and closer to the inhibitors.

Fnatic just fell apart. Longzhu broke into Fnatic’s base and won the game in just over 20 minutes—the quickest game played at Worlds so far.

This win cemented Longzhu’s place at the top of Group B, while Fnatic are now looking at an early exit when the group stage resumes on Oct. 12.