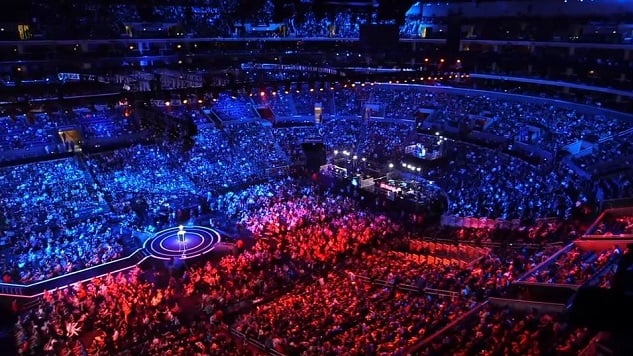 There are a lot of good things you can say about the League of Legends tournament circuit. It gives regions a stable, consistent product that builds money and brands for teams. There is a large focus on player segments and production side (especially from the OGN’s LCK). It is one of the largest and most viewed eSport in the world.

It also has the worst international circuit of nearly any contemporary eSport.

For reference, the games I have watched include Street Fighter, Smash Melee, Starcraft 2, Dota2, CS:GO. For now, I have taken out Melee as a majority of it’s events and players are based in NA. That leaves SF, SC2, Dota2 and CS:GO.

In comparison, League of Legends has MSI, Worlds and a few IEMs that are usually gimped or watered down. In international competition, the League of Legends scene has fallen behind every other scene for years and has done nothing to rectify that disparity. Because of that, there is a complete dearth of historical data to draw from when it comes to interregional play in League of Legends. You can see the best teams in the world play against each other twice if they are lucky, but they will likely have a completely different roster each time they meet.

Not only does this make it hard for the analysis, but it also gives a lack of depth to the narratives of the players and teams. People know Korea is the best region in the world, but by how much? Can a team like sSbenu or CJ Entus beat or upset the best EU/NA LCS teams in the world? You can theorycraft it, but you will not get definitive proof until they have gone into the game and shown you what they can do. A great example of this was when the Tigers played Fnatic last year at Worlds. A majority of the panel experts and general redditors picked Fnatic as the favorites for that matchup. As it turned out, the Tigers won the semi-final in a convincing 3-0 sweep.

Another problem is the lack of international rivalries in LoL compared to other games. As they play so few times, it takes years for anyone to meet each other in any kind of international play multiple times for their meetings to have any kind of weight or meaning. In every other game, great international rivalries happen often. Street Fighter has Lee ‘Infiltration’ Seon-woo vs. Daigo Umehara. SC2, a game known for Korea being the dominant force, still had famous rivalries like Ilyes “Stephano” Satouri vs. Choi “Polt” Seong Hun or Kim “herO” Joon Ho vs. Jens “Snute” Aasgaard. Dota2 has EG vs VG. Within a timespan of three months, LG vs. Na`Vi became one of the world’s best rivalries in CS:GO. More international tournaments allow more chances to compete, which allows teams to meet and compete against each other over and over again and create a meaningful conflict and legacy between the two teams.

And the most important part of this is the games. Some of the best games in the world happen because of the way particular team’s styles interact and play off of each other. You only need to look at this past MSI to see that there were a lot of good games between SKT, RNG, CLG and FW because of the way the dynamics and players of the teams interacted with each other. Yet none of these teams will play again until Worlds and by that time they could have changed players, be in a slump or not even meet depending on how well they do at the tournament.

Yet the questions remaining is how to get this done. The current LoL schedule just does not have time as the year is split into two very long splits that run into MSI and Worlds. My preferred method is to switch back to the open circuit format from Season 2, as it allows for the most freedom for players to travel and practice.

But the reality is that if Riot had wanted that to happen, it would have already. The LCS is too successful at making them money, so it cannot be discarded. In which case, they could try getting rid of just the first LCS spring split and making that portion an open international circuit in LoL. They can still have regional competitions with teams attending the studios to qualify for international events or they can still hold the spring split, but instead of a long running round robin format, change it to the older OGN format that allows for more time to travel for teams so they can play in different leagues.

As it stands now, League of Legends international tournament is the worst of any contemporary eSport. It does not allow for the freedom to travel or win trophies for their players like other games and it does not let the fans enjoy the intensity and fun that is international competition despite proclaiming itself to be the biggest eSport. This is a real shame as the game has one of the largest eSport fanbases in the world and they will never get to enjoy the thrill that an open international tournament circuit gives.