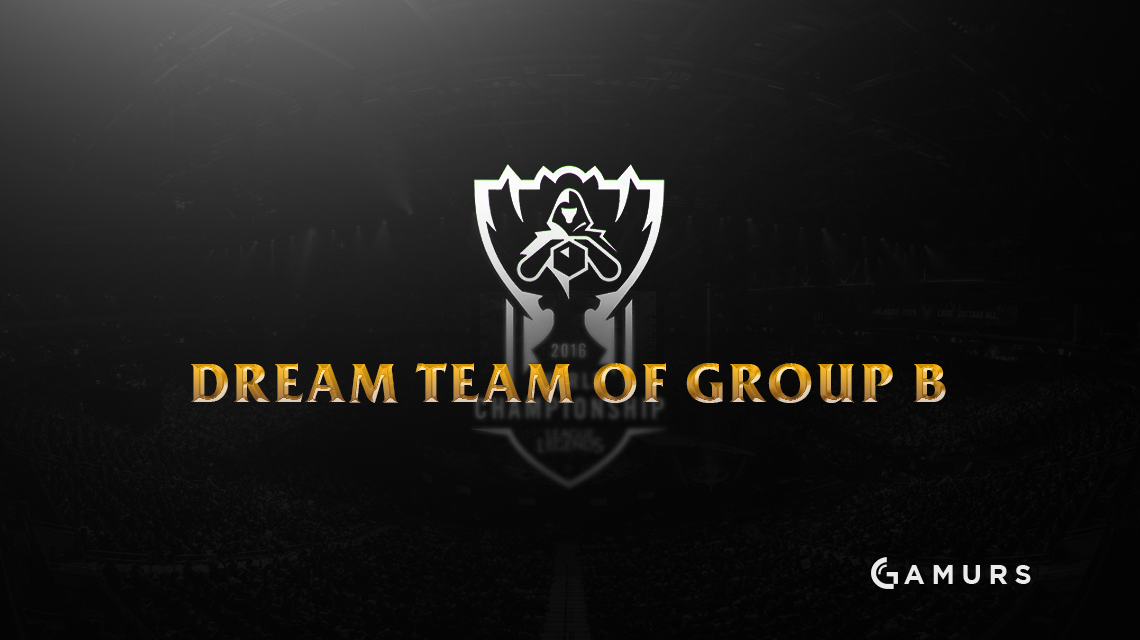 With the World Championships coming up soon, I wanted to look back at the groups, and more importantly, at the players to decide what would be the dream team for each group if players could be picked out of their rosters to form a super team. But, in the manner of fairness, these are the rules below.

1) Teams must consist of five players, one from each lane being top, jungle, mid, ADC and support. We are looking just at the starting roster here.

2) Must include at least one person from each team’s roster per group. For example, Team A’s dream team can’t consist of all of ROX Tiger – there must be one from ROX, one from G2 Esports, one from Counter Logic Gaming and one from Albus Nox Luna at least.

3) Players will be picked based on a mixture of results throughout the year and personal opinions. Some had to be dropped in favor of the rules, but if you have a problem with the picks, tweet @GAMURScom or @MonkeyKingHero to tell us who you would rather have take that spot.

With all that said, let us dive into GAMURS dream team for Group B of the League of Legends World Championships.

In his competitive debut in the LPL, AmazingJ was the team’s stand-out performer in the summer season, as well as topping MVP in the playoffs and regional qualifiers for his team and all teams in general. If I May want to look to progress in this difficult group, they are going to be relying on this man here and Athena to have any chance of progressing to the quarterfinals. He is consistent and will be there for the team when they need him.

In the jungle, we have Karsa of the Flash Wolves. He has been consistently one of the best players for Flash Wolves and in the LMS itself. Although I Imagine SKT’s Bengi would be a more popular pick for this role, I feel that Karsa might be able to provide a little more diversity to multiple team compositions to give him the edge. Karsa is definitely a jungler to watch from the top LMS side at Worlds.

Lemonnation said it himself “Probably Jensen. Jensen is always very consistent and always very good. He always seems to get a lead and just keep pushing out tons of damage throughout the entire game” and although he is no Faker, even Faker has been no Faker in recent splits, with inconsistent plays that have overshadowed who he is as a player. Jensen has melded to the current state of play and Cloud9 as a whole will be relying on him to get them out of this difficult group.

Was there any doubt that “the ADC monster,” as he is known in some parts, would be the ADC on this super team? Bang had a phenomenal season both in the LCK and when attending MSI. SKTs bot-lane as a whole is a prolific powerhouse of dominance and synergy; they have both been SKTs outstanding performers and have been joint MVP for the team on the LCK leaderboard. Bang couldn’t have done so without the help of his prolific support. Speaking of which…

It had to be, did it not? The ADC/support matchup of SKT has been insane, and while some of the team has faltered, the double world champion bot-lane is looking to continue their Worlds form from last year and take hom yet another world title. There is no bot-lane that compares in the whole competition, let alone Group B, and Wolf is truly worthy of his place on the dream team.