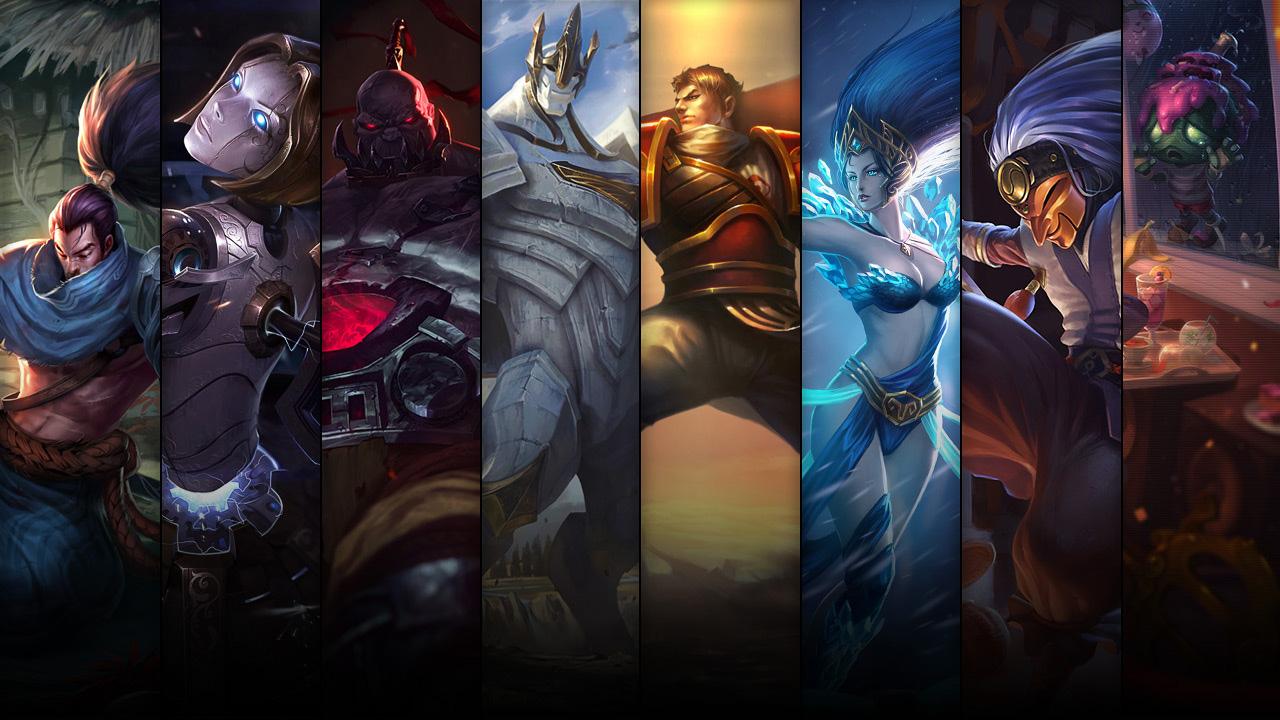 Galio is making his first appearance in the sales since his rework in March.

The desert is calling. Prepare yourself to face Shurima.

Winter is calling once again for its Queen.

What lies behind the mask? Your guess is as good as mine.

What is the worst part of a surprise birthday party? Not being invited to one.

Even in death, this juggernaut will hunt you down.

With his rework over, the protector of Demacia can stand tall once again.

Challenge your fate, daughter of Piltover. Become more than what you were created for.

Wield the wind itself to knock around your foes.