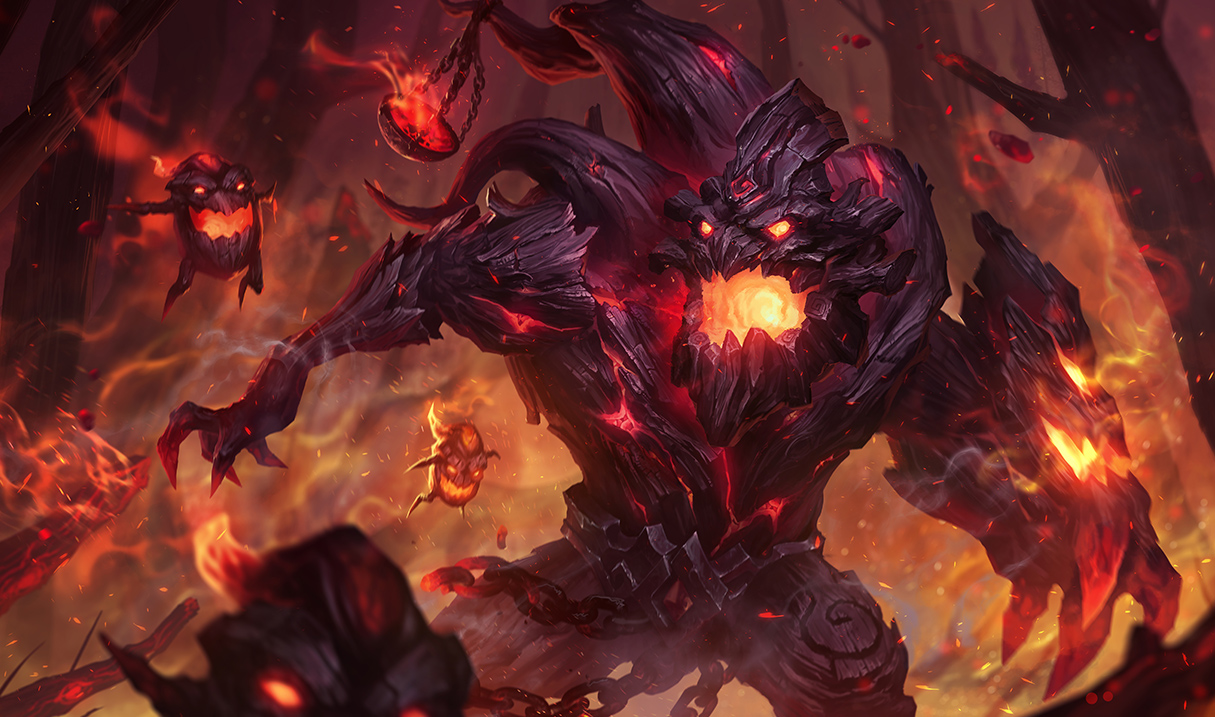 Tanks have certainly had a good year for items. After all, if not for buffs to Thornmail and Locket of the Iron Solari, as well new items like the Gargoyle Stoneplate spread throughout the year, tanks might not be nearly as dominant in the meta as they are now.

Sterak’s Gage, a long forgotten tank item in a world ruled by tanks, is the next to receive the OP treatment from Riot’s balance team, according to the official 7.20 patch notes. Spellthief’s Edge and the Ancient Coin are also on the docket for some changes this patch.

Sterak’s Gage is designed as an item to provide a very clear burst of power to AD tanks and bruisers while in combat, providing boosts to their size, health, and base AD for a few seconds. It isn’t actually purchased by AD tanks, though, mostly because other AD tank items, like the Titanic Hydra and the Black Cleaver, are so strong that they can’t justify wasting money on the Gage.

Well, it’s being completely reworked in tomorrow’s patch, and it should actually have a rather large impact on the tank item meta. Right now, the item provides a 30 percent base attack damage increase, 400 health, and a cooldown that gives the user a big shield, raises the attack damage boost, and makes the champion physically larger for eight seconds.

Now, the shield will no longer increase the user’s base AD by 30 percent. Instead, the item will always provide 50 percent base AD, a rather large boost that will synergize well with Sheen items, since Sheen’s bonus damage scales from base AD. The health is also being raised to 450, and the shield will now boost the user’s tenacity as well.

These changes are so extreme that they might actually make the Gage a priority purchase, and it will likewise be a huge boost for champions that build it, like Trundle, Darius, and Hecarim.

Spellthief’s Edge and its item line are designed to boost AP mage supports in the laning phase, providing them with some AP, CDR, gold, and a boost to their harass damage. AP mage supports, however, aren’t actually buying the Edge very often. Instead, they almost always buy the Coin, because they simply get more out of it.

It gives them more mana so they can harass more often, and it’s way easier to get the gold out of it, as the Edge provides most of its gold when you land harass on an enemy champion. To remedy this, Riot is lowering the mana returned from picking up blue coins that drop from the Coin, and the Edge’s AP is being raised slightly from five to 10, which is actually quite significant early in the game.

This probably won’t be enough to bring AP damage supports back into the meta, but it certainly doesn’t hurt their chances. Likewise, it probably won’t weaken enchanter supports so much that they’ll be less powerful.