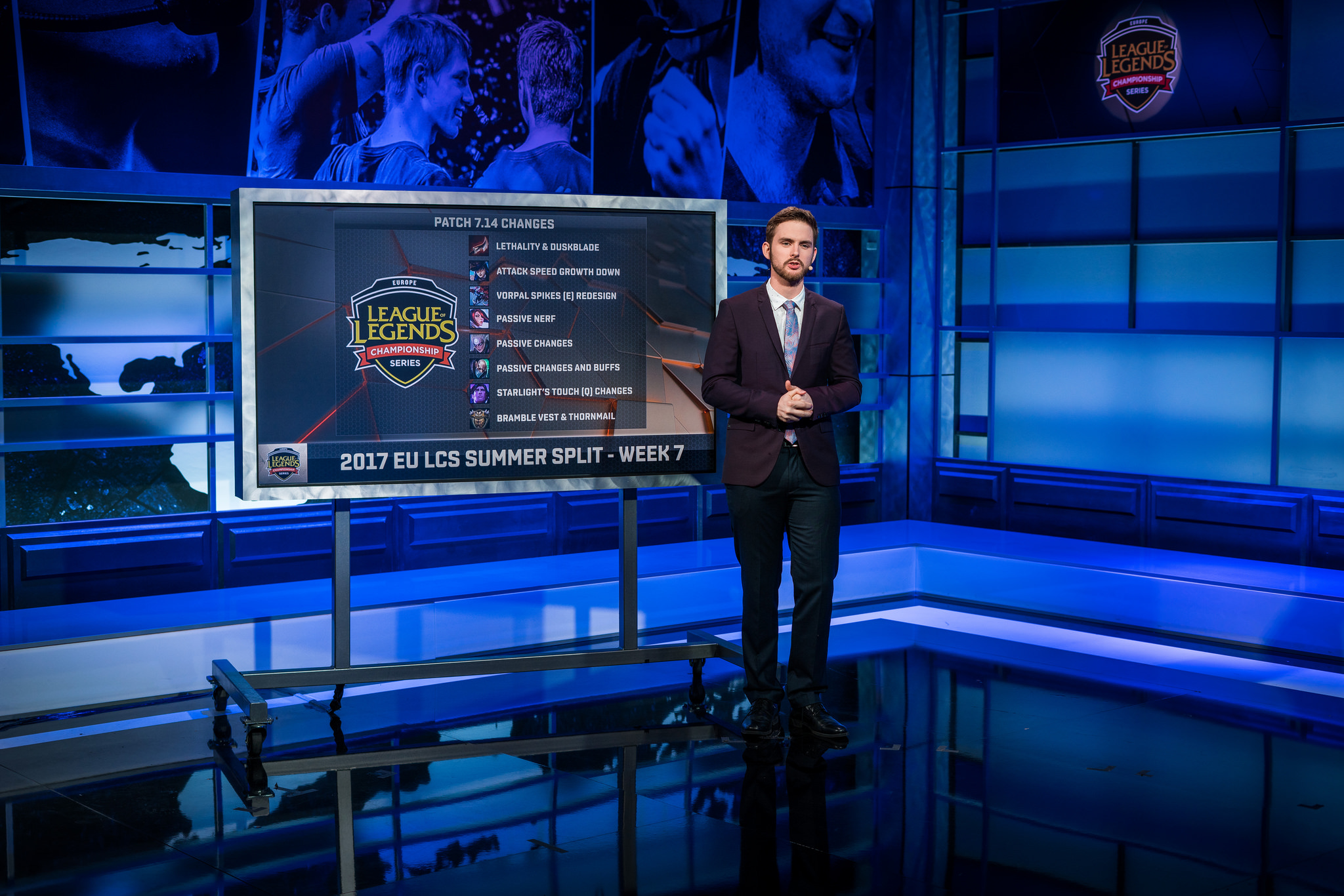 The first few patches of the 2017 Summer Split may be the most balanced professional League of Legends has ever been.

Well, hold on to your butts, because Patch 7.14 just threw a huge wrench in things. With only two patches before Worlds qualifying starts, Riot Games again decided to make big changes to their game. The result? People aren’t happy.

When TSM’s popular ADC, Yiliang “Doublelift” Peng, spoke to Travis Gafford earlier this week, the title of the video highlighted Doublelift’s disdain for the European teams he faced at Rift Rivals. But it could have easily been how much he hated the current patch. “It’s like they [Riot] didn’t even play test this patch,” he expressed. “This new patch is so insanely [sic], why? Just why?” Gafford even remarked how this was the most vocal Doublelift had ever been about a patch change.

He isn’t alone. Numerous professional players, analysts, and coaches have complained about the patch on Twitter and on streams. Just look at the stream list from last night—multiple popular streams have identified issues on the current patch.

Dot Esports spoke with numerous players and analysts about what exactly is wrong, and they were nearly unanimous in their answers: everything. The following issues are based on our conversations with them.

When pressed for details in the interview, Doublelift elaborated. “Everyone is just dying in two seconds,” he said. “It’s probably one of the most dumbed-down versions of the game I’ve seen in a while.”

One of the chief problems were the changes to the Duskblade of Draktharr. Despite a recent hotfix and more nerfs on the way, the original change is still running rampant. “Watch one game,” Doublelift warned. “Two people get Duskblade, and somebody will just die, without being able to cast an ability. They’ll just die.”

Related: Breaking down what made Patch 7.13 so good for the game.

By the time players are buying Duskblade, a huge part of the hotfix has been negated. The new Nightstalker proc, with no cooldown, is extremely overpowered and creates an impactful but also lengthy power spike for any user. No other item provides the damage and utility that Duskblade packs at its current gold level.

Not only could the item be built on a number of meta champions, its sheer power could open up a world of lethality champions that were previously off-meta. This is now a game-changing item equal to, or even above, similar items from this season like Blade of the Ruined King.

Cho’Gath and other champion tuning

Another common complaint were the large-scale champion changes, with more champions being affected than normal patches. The one that has everyone’s attention? Cho’Gath.

The changes to his E basically make him a poking, wave-clearing machine. And in League’s current tank-focused meta, he has immediately moved up the top lane tier list. Liquid top laner Samson “Lourlo” Jackson quickly realized this.

It’s not just Cho’Gath though. Several champions were changed fundamentally, along with the addition of a new champion, Kayn. Rather than fixing perma-banned champions like Zac, Riot chose to throw even more on the plates of pro players.

Bramble Vest and the new Thornmail haven’t gotten as much attention from the pro community since they are relatively late-game items. But there are numerous potential side-effects that have to yet be fully tested.

The change to the items is ostensibly to give tanks a counter against life-steal bruisers like Fiora. But in reality, it’s incredibly effective against anyone using auto attacks. Not only does it further entrench tanks at the forefront of the meta, but could have trickle-down effects on ADCs. Could we see the reappearance of caster ADCs like Ziggs?

Not only did 7.14 come with huge changes, it also came at a bad time for teams. EU teams had only a couple days to practice on the patch in soloq and scrims. This is something that Riot Games has full control over, and it still decided just to dump the patch on the players at the last minute. Teams and players are really scrambling.

The timing will have effects down the road, even on 7.15, the Worlds qualifying patch. Since teams have yet to fully practice with all the champion and item changes, and they are normally slow to make wholesale changes to strategy, we may not see their full use until several games, even weeks into the patch. That means Riot will have less information with which to fix the changes and create a more balanced meta next patch.

Finally, several players and analysts expressed how good the current state of affairs was and how sad they were to see it go. “The patch is so good right now,” Doublelift lamented. “There’s so many junglers, so many ADCs being played. I think every role has a lot of diversity and everyone was really happy with the game.” The universal feeling was that there was no need for a patch of this size at this time.

Doublelift is hopeful relief will come quickly with a new patch. “I think after LCS, when there’s 50-kill games, every game,” he said. “Or there’s hard snowball, just shit on the enemy team when you get one lead, Riot’s going to watch those games and be like ‘Wait, I think we messed up.'”

Only time will tell if Riot is able to correct things, and time is running out before Worlds. That has analysts and players nervous at a crucial time in the season. That this seems to happen every year is not lost on anyone, and doesn’t make anyone feel better. The hope is that help is on its way soon.

As for Cho’Gath? Unicorns of Love’s mad scientist jungler, Andrei “Xerxe” Dragomir just picked him in the EU LCS. And ROCCAT jungler Kim “Mightybear” Min-su picked Kayn against him in the second game.