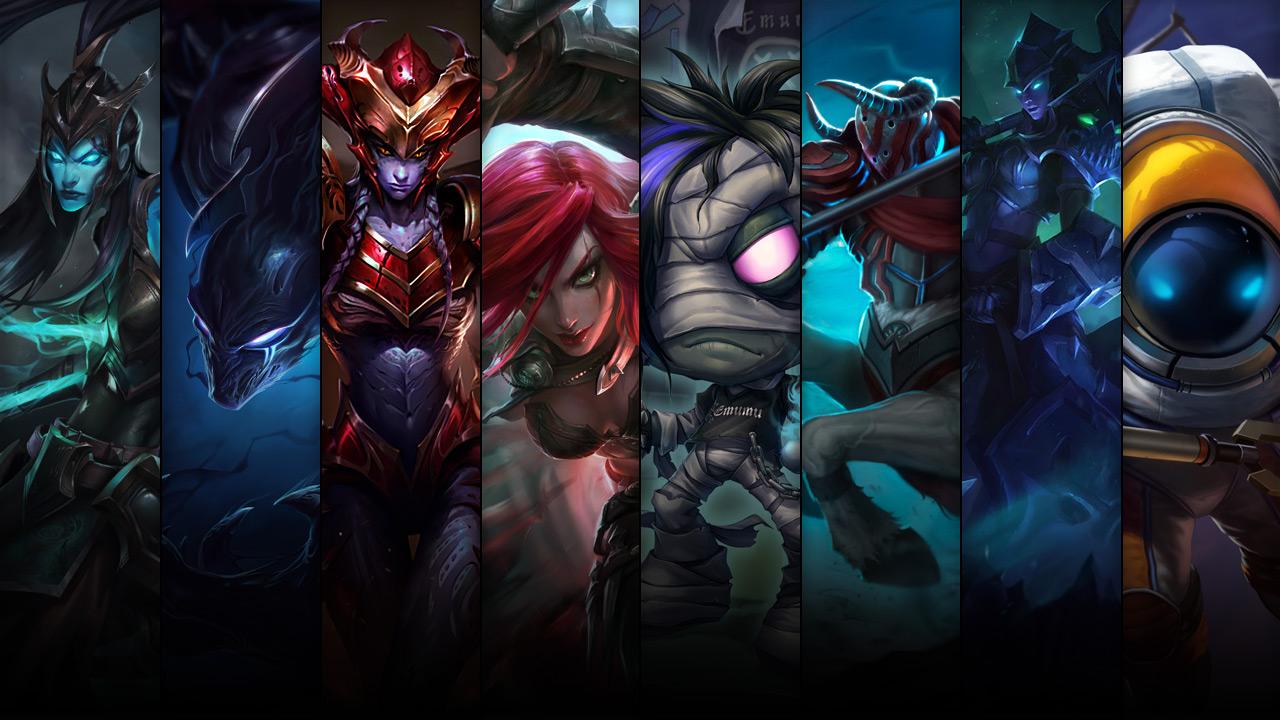 Last week’s League of Legends sales weren’t the best around, but offered players the chance to get some insanely fun picks. This time, things seem to be much more of the same—nothing great, but nothing awful either.

From today until Sept. 15, players can get their hands on some junglers that can make or break the early game with their ultimates, such as Nocturne and Shyvana, as well as Kalista, who has been a beast on the competitive stage recently due to her strong scaling in the late game.

The skins on sale aren’t bad either, with some hits and some misses.

Kalista has the ability to shred tanks and opponents the later the game goes, but can easily fall off in the early game. She has strong mobility, which lets her easily chase down foes. Be cautious when she isn’t on the map, however, she might just be stealing the Baron or Elder Dragon all by herself.

Nocturne has the ability to go from zero to “OMG WHERE DID HE COME FROM” in a second due to his powerful ultimate. His ability to not only take away your vision on the map but shred down squishy targets in an instant make him a threat. He scales off in the late game, however, if you build enough tank items.

Shyvana is the epitome of the diver. Her ultimate turns her into a massive dragon to lunge into team fights or potential ganks. The idea is simple, build tank, dive foes, and be the main frontline for your team. Sounds simple enough.

Katarina is known as a “spin-to-win” queen. Her ultimate effectively lands her in the middle of enemies to deal some massive damage. You want to be always engaging on enemies to get a few quick hits of damage off and then get yourself out as quickly as possible.

We don’t think that Emumu is going to be the newest member of Pentakill anytime soon, but it doesn’t hurt to try. Emumu doesn’t do much other then alter the color of some of Amumu’s abilities, but if you feel like bringing a little more darkness to your games then this is the skin for you. It’s on sale for 260 RP.

This is one of Hecarim’s oldest skins and brings a little flair along with it. The blue flames that follow are a nice pattern, but don’t really offer you much for your buck. It almost feels like Hecarim is trying to be a member of the blood Moon series with that mask of his. It’s on sale for 487 RP.

Darkrider Sejuani and her army of the dead will ride into any battlefield that comes calling. The skin adds a dark flair to Sejuani’s ice abilities and goes well with other skins such as Noxus Poppy and Emumu for those looking to bring a little darkness to Summoner’s Rift. It’s on sale for 487 RP.

This is by far Nautilus’s best available skin. Riot slowed down AstroNautilus’s walking animations to make it feel like you are walking in low gravity area. This really adds to the skin’s overall effect. It’s on sale for 675 and is the bargain of the whole skin sale.