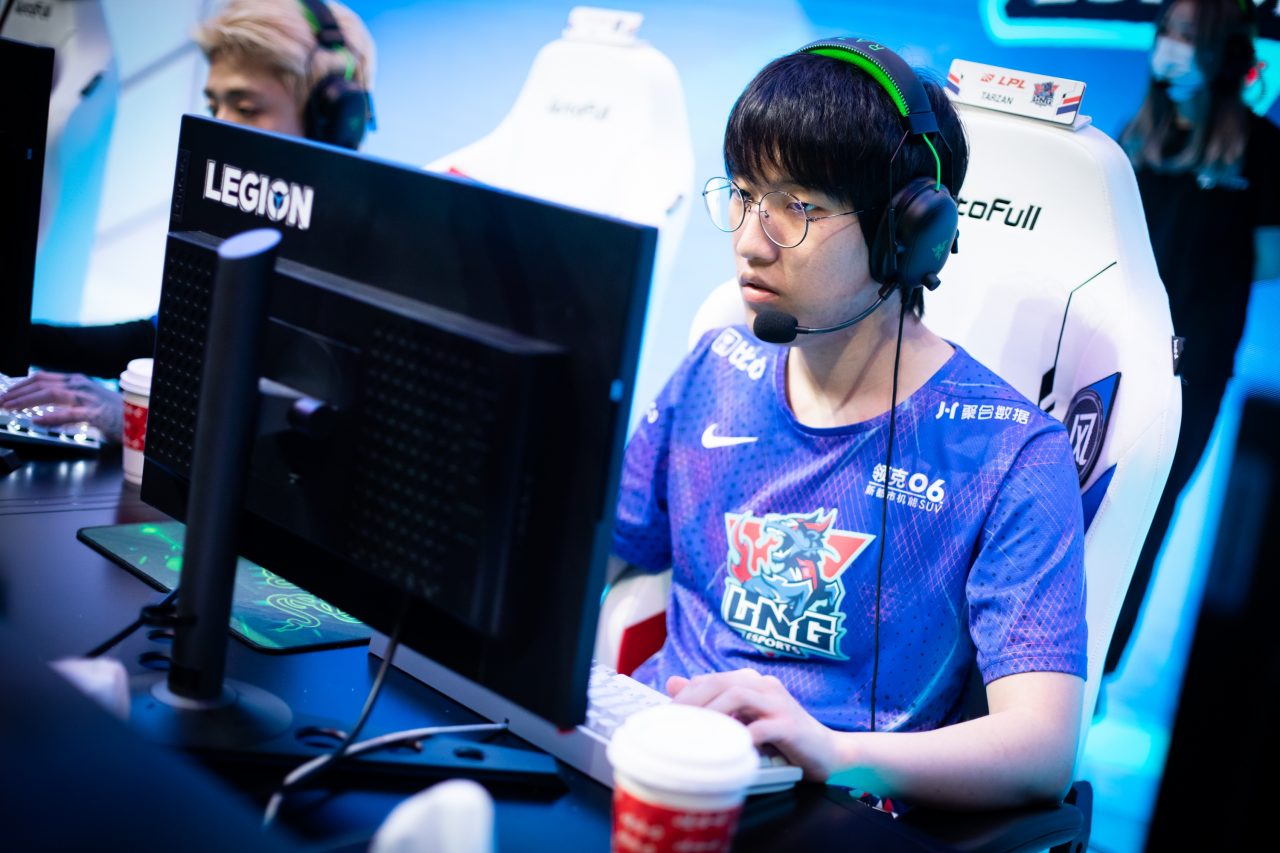 LNG Esports knocked OMG out of 2022 LPL Spring Split playoff contention today while simultaneously locking in their spot in the top four in the regular season.

This League of Legends match had a number of implications in regard to the standings. Heading into their final match of the 2022 LPL Spring Split, LNG stood at a 10-5 record in sixth place. But with the LPL Spring Split standings closer than ever, a loss for LNG would mean that they’d end their season at 10-6 and in seventh place. A win would guarantee them a top-four finish for the split.

As for OMG, they stood at the precipice of playoff contention, where one series loss in their next two matches would be the end of their 2022 LPL Spring Split.

The first game marked a dominant start for LNG. Every lane garnered early leads over the OMG side due to Tarzan’s strong pathing on Trundle, which helped the eventual game MVP, Light, dominate on the Zeri. He produced a 10/1/4 scoreline in a 25-minute win.

While OMG looked lost in the first game, they bounced back in game two off the back of impressive Leona engages from COLD. His engages helped OMG claw their way back from an early deficit in the game to steal game two away from LNG, still trailing their opponents by 200 gold by the end of the 34-minute battle.

But this win was just a teaser for OMG. They found themselves outmatched once again by Light in game three and were unable to contain the late-game Jinx power spike as LNG tore through their base and ended their spring season.

Even though OMG lost their two recent series against FunPlus Phoenix and LNG, they showcased a grit and strength that could have easily helped them make a run in the playoffs or stay competitive with the middle-of-the-pack teams. They will now look toward the next split and build off of what has been an otherwise solid split for the band of underdogs.

OMG have one more match against Royal Never Give Up. For OMG, that match will solely be for pride as they attempt to grab their seventh win of the season. An RNG win would secure their position in second place in the regular season, while a loss would drop them down to 11-5 and in third place due to a lower individual game record than JD Gaming.