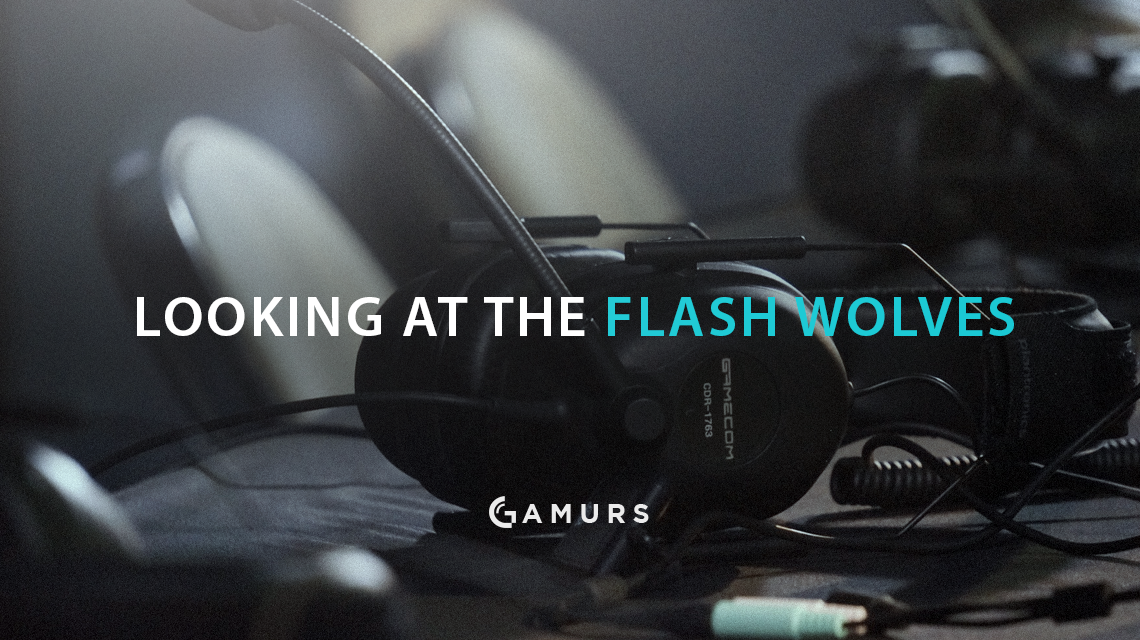 Overview of the Flash Wolves

For most viewers going into Worlds, LMS squads have been pegged on the weaker end of teams going. Part of that is simply due to a lack of knowledge about the region and its representatives. Although I agree that the LMS is not the strongest region going, they are worth examining. The first team I want to look at is the winning team of the 2016 LMS Summer playoffs, Flash Wolves, making its second appearance at Worlds.

The Flash Wolves are the No. 1 LMS team at Worlds, and the first LMS team to be considered a Pool 1 seed due to their performance at the Mid-Season Invitational. Most experts and analysts consider them to be the weakest of the Pool 1 teams, although that shouldn’t mean you should consider them to be a “weak” team going into Worlds. Looking ahead to the the group they are in, SK Telecom T1 is the obvious team that people expect to come out as the first seed in this group, but most people have Cloud9 as the second seed based off how they played both during the Summer Split playoffs and the Regional Finals in North America. While I think Cloud9 do have a fairly good chance of taking the second seed, the Flash Wolves are my personal pick for making it out of the group stage.

Going over the roster, the strongest members of this team are the jungler Hung “<a href="http://lol.esportswikis.com/wiki/Karsa" target="blank”>Karsa” Hau-Hsuan,
who I think is the strongest jungler in the group, and superstar Huang “<a href="http://lol.esportswikis.com/wiki/Maple(HuangYi-Tang)” target=”blank”>Maple” Yi-Tang, who I consider to be a top-five mid laner overall in the tournament. The other noteworthy player is longtime support Hu “<a href="http://lol.esportswikis.com/wiki/SwordArt" target="blank”>SwordArt” Shuo-Jie, who is a top-two support in this group. However, his laning partner Hsiung “<a href="http://lol.esportswikis.com/wiki/NL" target="blank”>NL” Wen-An is not only outclassed compared to the other marksmen in his group, he might arguably be one of the worst ADC’s in the entire tournament. To touch briefly on the top laner Yu “MMD” Li-Hung, he is very much a supportive tanky-style player who is at his best when playing champions that can provide crowd control or peel for the main carries of this team. The overall style of the team is primarily focused around Karsa and Maple getting ahead or outright killing the enemy jungler or mid laner, then transferring that advantage into the bot lane for either a dragon play or a tower dive on the enemy duo. The Flash Wolves play very quickly, focused around objectives, making them the strongest macro team in the LMS as they sport some of the fastest games for a winning team.

Coming in as a Pool 1 seed during the group draw, Flash Wolves are competing in a group consisting of SK Telecom T1 (Korean No. 2 seed), I May (Chinese No. 3 seed) and Cloud9 (North American #3 seed).

Comparing them to these teams, the majority of the teams play a very similar style to Flash Wolves. While I do think SKT isthe clear favorite to make it out of the group, I do think both the other front runners, Flash Wolves and Cloud9, can take a game off of them. All three teams have some of the strongest mid laners at the tournament, with Maple from Flash Wolves, Nicolaj “<a href="http://lol.esportswikis.com/wiki/Jensen" target="blank”>Jensen” from C9 and Lee “<a href="http://lol.esportswikis.com/wiki/Faker" target="blank”>Faker” Sang-hyeok from SKT, who is touted by most fans and analysts alike as one of the top-two players at this tournament. All three of these teams play a style around getting the bot lane ahead, but this is where Flash Wolves will struggle due to the skill gap specifically between the ADC competition and NL. However, I believe the Flash Wolves edge out the rest of this group in the jungle, as Karsa is currently head and shoulders above both William “<a href="http://lol.esportswikis.com/wiki/Meteos" target="blank”>Meteos” Hartman and Kang “<a href="http://lol.esportswikis.com/wiki/Blank" target="blank”>Blank” Sun-gu, though not Fan “Avoidless” Jun Wei, who I think can match him. Looking specifically at how Meteos played during the Regional Finals against Immortals, he seemed like he was having huge communication problems while trying to coordinate ganks in the side lanes. On the other side, Blank has just not been playing well and it’s hard to tell what it is specifically affecting him, whether it’s the patch change in junglers or a mental block of some kind, but it has lead to a significant drop in vision control. Multiple times, specifically during the playoffs, Blank was simply not doing anything to help SKT win. Karsa, on the other hand, is a very proactive jungler who has a tight control around the mid lane, and has more or less played his entire career with a terrible ADC, so he understands how to keep NL from feeding and losing the game for them.

The other major point of weakness for the Flash Wolves, and one where I think teams are going to try and exploit more than the bot lane, is top laner MMD. While not someone who is inherently terrible like NL, MMD is a player who thrives when he can play very safe, tanky, crowd control oriented champions. In particular, his Maokai and Ekko come to mind. Looking at both SKT and C9, both Lee “<a href="http://lol.esportswikis.com/wiki/Duke" target="blank”>Duke” Ho-seong and Jung “<a href="http://lol.esportswikis.com/wiki/Impact" target="blank”>Impact” Eon-yeong are players who can really abuse him, even without jungle attention, and could also play in such a way that makes Karsa have to give resources to MMD rather than in their primary carry Maple.

Even though there are obvious weaknesses in the Flash Wolves’ play, weaknesses I do think the teams in this group can punish, this is a team equipped to overcome those weaknesses and put up a fight. While C9 arguably have much stronger laners in both top and bot lane, it’s the communication problems between Meteos and the rest of the team that I think will cause them to not be able to keep up when the Flash Wolves start rotating around the map and making plays. When it comes to SKT I don’t expect the Flash Wolves to win, but the difference in effectiveness between Karsa and Blank could lead to them at least taking a game. My prediction for this group is SKT coming out in first with Flash Wolves taking the second spot.

Looking ahead, however, I expect Flash Wolves to take the second seed and have to play the first seed team from Group C or D. Since EDward Gaming or Team SoloMid are are the most likely candidates to take the first seed in their respective groups, the highest I could see the Flash Wolves go would be the quarterfinals, which in my opinion is a very respectable performance. My answer to whether the Flash Wolves have a chance to win Worlds or not? I would say no. However, this is a team strong enough to make it out of groups. Depending on who they face, they can win that first bracket stage game, which is where I think Flash Wolves will likely finish.

How far will the Flash Wolves go? Will the team make it out of the group stage? Let us know in the comments below or tweet us @GAMURScom.