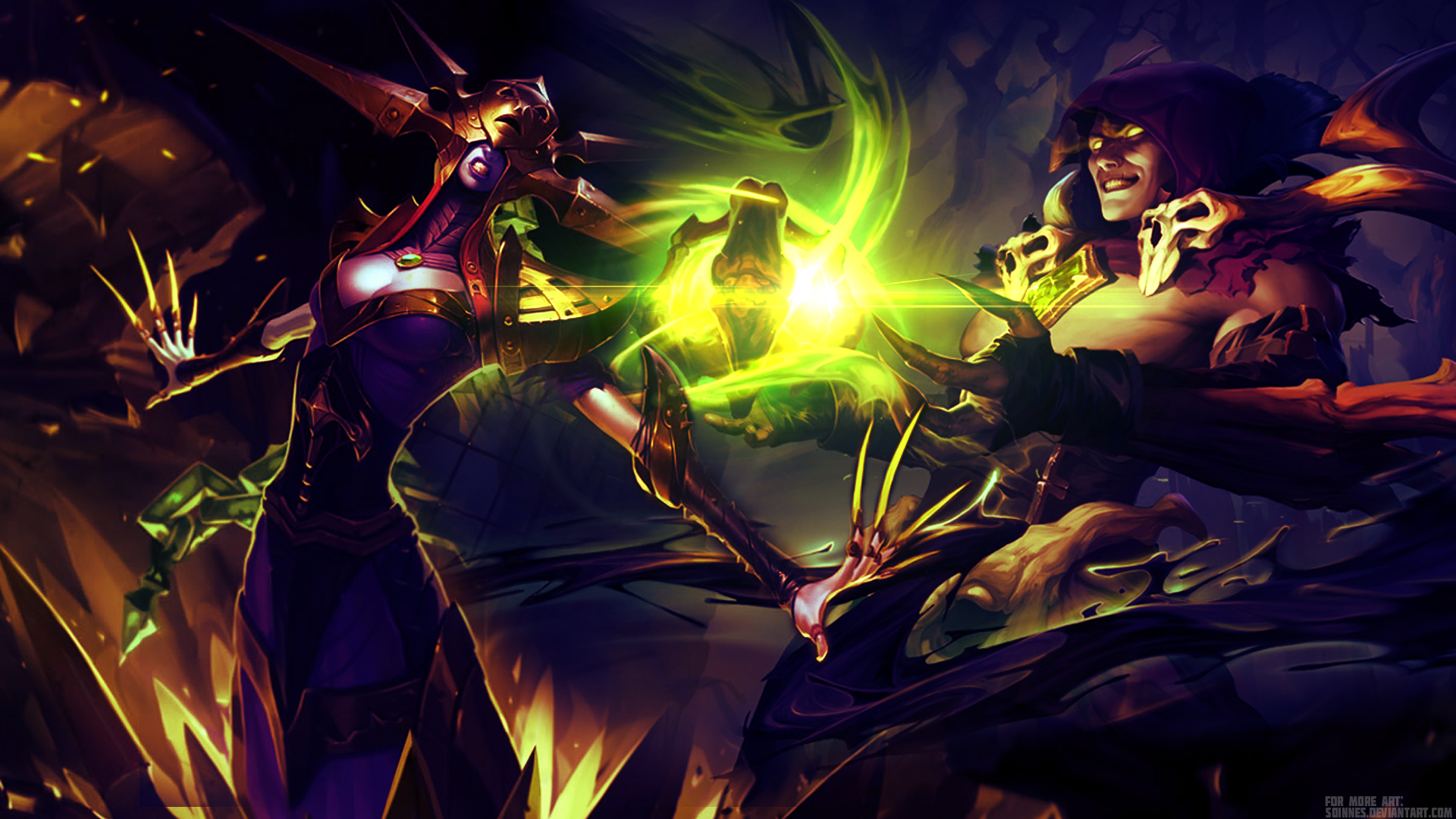 Lissandra the Ice Witch, an ancient and evil form bent on bringing a new ice age upon the world. But right now she is moonlighting as the flavor of the month pick in the OGN Preseason. With her current resurgence back into the pro scene after being absent for the entirety of Season 4 we are going to take a look at what makes her strong, and why I feel she is here to stay.

Lissandra brings something to a team which is incredibly rare, which is flexibility in picks and bans. As long as both your top and mid laners can play her you can lock her in without committing yourself to any one lane. She functions very well in the longer top lane because of her ability to escape ganks very well with her enormous 1050 range dash, and spammable slows to keep her foes at bay. Lissandra also has a natural edge in lane against the standard top lane bruisers because of her range, allowing her to bully them out and farm in relative safety. As with all top tier top laners she also can deal well with lane swaps. Her spammable aoe helps her jungler clear quickly, and opens up interesting opportunities as demonstrated to us by IM when they gave Lissandra the first blue instead of Lee to let them clear the entire jungle after three and a half minutes into the game. Her strong cc kit even allowed her to assist in an invade that resulted in popping Warwicks flash at level 2. We haven’t seen it yet with a limited number of games, but looking at her kit she appears like she would do well in a 2v1. She can farm with her passive and Q from range, and is resistant to dives with her aoe root and large jump.

As strong as she is as a top laner, Lissandra doesn’t get cold feet in the mid lane. Her Q/E combo can destroy waves, and push her opponent under tower quickly or punish them for roaming. Thats not to say she is a Ziggs who sits mid all game and doesn’t roam effectively. With her 3 seconds of roots and stuns, a slow every 3 seconds, and a large gap closer she can gank very well.  As Marin showed us Lissandra is capable of doing both, having over 10 cs per minute and just short of a 70% kill participation.

Despite her flexibility in picks and bans, she is even more flexible in game. What doesn’t Lissandra do is a shorter list than what she can do. She can play the wave clear game, a zone mage, a burst assassin, sustained magic damage, a lockdown/control mage, even a secondary initiator for teamfights, all at once! I’m going to go ability by ability to show you why she is so versatile.

Her Q (Ice Shard) is a medium range skillshot that slows all targets hit, and upon hitting a target shatters and flies an extra 100 units. The 3 second base cooldown on this skill combined with the now standard build of Morellonomicon and Lucidity boots grants her a 2 second cooldown. Which results in this being her primary damage source. With its linear range it gives her great wave clear, as well as sustained damage to multiple champions a fight. On top of all of that, it is a slow. So lets take Ryze’s Q and make it aoe, a shorter cooldown, and give it a slow. Her Q is incredibly strong, however one weakness is its high mana cost, making her not able to spam it in lane. The other being it doesn’t have the range of a real poke mid laner. At 725 units it is only half the range of Zigg’s, Xerath’s, or Jayce’s Qs. However, with her W and E, Lissandra doesn’t have an issue with getting up close and personal.

Her W (Ring of Frost) is a crucial part of her ganking or teamfight combo. Allowing Lissandra to dash in and root everyone near her. With more base damage than her Q it will be noticeable late game, but the big strength is in its utility. The root combined with a self ult creates a long duration lockdown and zone that is difficult to deal with. Its mana cost is very low, but has a longer cooldown at 10 seconds. But with the standard 35% cdr build that is brought down to a 6.5 second cooldown with a 1.5 second root, leaving us with a 23% uptime on rooting people. Not bad considering she also has CC on two other abilities.

Her E (Glacial Path) is one of the longest jumps in the game at 1050 units, which is exactly double the range on Twisted Advance (Maoki’s W), and 50 units longer than Malphites Unstoppable Force. This grants her the ability to reach the backline in a teamfight very easily to then lay down her CC. This also makes her difficult to gank, because she can throw it towards her tower, and cover half the lane with it. But because of the delayed nature of the jump she can walk to a side bush, or even away to her opponents tower before jumping to the claw. This can give her an effectively much longer range for escaping ganks. When Marin played Lissandra against Hyua Tigers we saw both the strengths and weaknesses of the skill. The weakness being that if used to initiate it is very easy to spot for the enemy team that you are coming, which is why she thrives when following up on other engage. But when Marin threw the claw into the Hyua Tigers Gorilla on Thresh walked over to where it was coming and threw down The Box in preparation for Marin to pop in. But once again, the delayed nature of the dash, Marin simply didn’t follow the claw in. And traded his E cooldown for Thresh’s ultimate. #Worth. Of course this can’t come with some downsides. One of which being the cooldown is 22 seconds at rank one. When maxxed and with her 35% cdr this is brought down to 7.8 seconds.

Her ult (Frozen Tomb) is a huge reason she is ridiculously versatile. She can burst and lockdown a target with it when making a pick. It makes it incredibly easy to land all her skills when they are stunned, making it easy for her to burst out a squishy. Or in a teamfight it leaves her with two options. Locking down a priority target for her team to burst out, but the issue with that tactic is then your squishy mid laner is now in close range. I prefer it when Lissandra dashes in with her E, roots with W, and then ults herself. This does three things. It pops a high damage dealer in the middle of their team who drops a large aoe nuke, cc’s everyone near her, and makes her immune to counterattack. This creates a huge zone of slow which allows her team to follow up on her initiation. Her ult with the standard second item Hourglass gives Lissandra 5 seconds of invulnerability. This means Lissandra could sit on an entire Equalizer from Rumble and not take a point of damage. If she uses her E/W/Q/Ult combo into an enemy team, and then pops Hourglass both her Q and W will be back from cooldown with the standard 35% cdr build. So after he large amount of aoe cc and damage she is safe until she can once again apply aoe cc and damage. See how strong this is?

With all of her abilities in mind, it leads us to the reason I feel she is being picked now. Which is her incredible mid game team fighting. Few champions can go toe to toe with Lissandra in terms of pure CC, and many of those who can bring a fraction of the damage. Looking at you Leona. In an early game team fight Lissandra can easily bring two, three, or even four members of the enemy team to below half health with her first rotation of spells. Spells that three out of four grant aoe cc. The cc and zone she brings allows her to dominate teamfights and secure her team early advantages by taking the now all important dragons to further the snowball.

Now for the downsides. Lissandra scales off levels incredibly hard because all four spells get shorter cooldowns and increasing cc as she ranks them up. Leading to her being naturally weak early in the game. This combined with her high mana cost on her Q, her bread and butter wave clear and damage tool, makes her unable to trade often in lane. These are both reasons why I think she performs better as a top laner where she can use her range as an advantage over the normal brusiers top lane, allowing her to farm in safety in preparation for mid game teamfights.

Lissandra plays an incredibly strong keystone role with her has high utility and well rounded kit. Which allows her to fill gaps her teammates champions might not fill, or provide the set up for her team to do what they do best. Combined with her ability to play well as both a top or mid laner leads her to be a naturally strong pick because of her flexibility. Additionally she is a safe pick with her large gap closer or escape, and built in invulnerability. I feel the Ice Witch is a top tier pick at the moment, and will stay hot for a while.