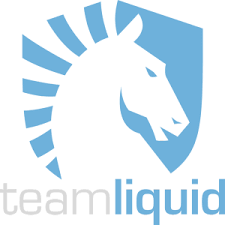 Team Liquid recently announced that they will field a ten man roster for the 2016 LCS season. The immediate reaction was mild as the players, with the exception of Piglet, remained unannounced. Initial reactions from analysts and coaches were split down the middle as to whether it was the next step up in North American infrastructure or a poor management decision. While the concept of a ten man roster seems strong, the application of such a system leads to a low probability of success.

The historical view of a ten man system can be drawn back to the sister teams in Korea. The most famous example being Frost and Blaze. Maximum Impact Gaming fielded a roster of Woong, RapidStar, CloudTemplar, Madlife, and Locodoco. MIG found themselves in need of a dedicated practice partner, and created a second team, rebranding the initial roster as Frost, and new the team as MIG Blaze which included FantasyStar, Ambition, Helios, Lustboy, and CaptainJack. The two sisters teams would practice with Blaze being the “B” team. Famously to scrim against Frost teams would have to play Blaze first to see if they were a worthwhile scrim partner.

Looking at the MIG teams we can see where the first pitfall of Liquid’s ten man roster. Various players on the MIG/Azubu/CJ rosters have at one point or another been considered top talent in their role. Newer players may not remember the peak times, but RapidStar, CloudTemplar, Madlife, Ambition, Helios, Lustboy, and CaptainJack were some of the original Korean all stars. While Liquid will undoubtedly have good players, it will be unlikely that they will be able to field a ten man roster of top tier talent. The players on the MIG teams faced each other in the finals of the 2012 spring season. While Liquid will have a consistent practice partner will the player depth be strong enough to yield similar results?

Player depth is an pre-existing issue within the NA LCS. Top laners from North America had a poor showing at international competitions in 2015. Assuming Liquid can bring in an elite top laner is a stretch, but bringing in a second is almost impossible. Even if they were able to find two solid top laners with the talent pool in NA why would the “B” team top laner stay on Liquid? Arguably the worse of the two top laners could move to another team with a starting position and have a better chance to build his brand and increase his own marketability.

Player development is also a concern that needs to be addressed. The coaching staff Liquid has brought on is impressive. Locodoco is the most successful North American coach, and the organization seems to have given him more authority and analysts than what was available to him on TSM. The primary concern is that even with their substantial coaching staff how will they adequately support ten different players? Loco and his team only have so many hours available in the day to spend with players, one would assume they would spend them with the starting players. This leads the non-starters with less time to develop with coaches. Strategically players can sit in and understand the concepts, but the practical in game application will be much worse for the players who are not starting. The MIG teams each had their own coach and support staff which were able to tailor their coaching to the team. Differentiating the coaching methods for a team is important especially when bringing in substitute players. Substituting a single player can change how an entire team plays as evidenced between Easyhoon and Faker. Changing more than one player at a time seems daunting and overly complicated.

One promising aspect of a ten man roster is the ability to switch players as the meta shifts. It could possibly open the team to have a main starter team and then move in role players as needed. A possible example would be if the patch favors AD carries Liquid will have the option of putting in Piglet, but if the meta changes this would allow them the ability to field a more clean up AD carry like KeithMcbrief who requires less gold allowing Liquid to shift resources elsewhere. The catch is that shifting strategies means each player needs to understand their role in the game.

Importantly the MIG teams played with the same five man roster each game. While synergy is often overly referenced by fans and casters, the communication aspect of a team and their ability to work with one another is important. When moving players in and out of a roster you risk changing the dynamic of the team. League has increasingly become a game of macro play where communication and strategy matter more than mechanical outplays. The most pressing question is how will Liquid’s staff deal with communication issues both in and out of the game. It is hard to imagine that Piglet will be the only foreign player on their roster. Will they limit themselves to only Korean and English speakers, and if so will they have an in game player who can translate back and forth similar to Reignover on Fnatic? The communication aspect may hamstring the team in ways a lack of roster depth cannot. Piglet’s communication issues with his team in 2015 seems like a lingering problem that a ten man roster would only make worse.

Ultimately Liquid’s decision to run a ten man roster may work. The payoff is high, but requires substantial, perhaps unattainable, work from both the players and the coaches. Liquid has the best North American coach possible for the task. Locodoco saw the sister team style in action and will need to use all of his experience to make a cohesive team. If Loco is able to succeed the burden will be on other teams to capture additional players to increase their roster and traverse the issues outlined. Realistically the hurdles may be too much for any coach to handle. With the increased funding necessary for this system to work anything short of top three will be considered a failure.